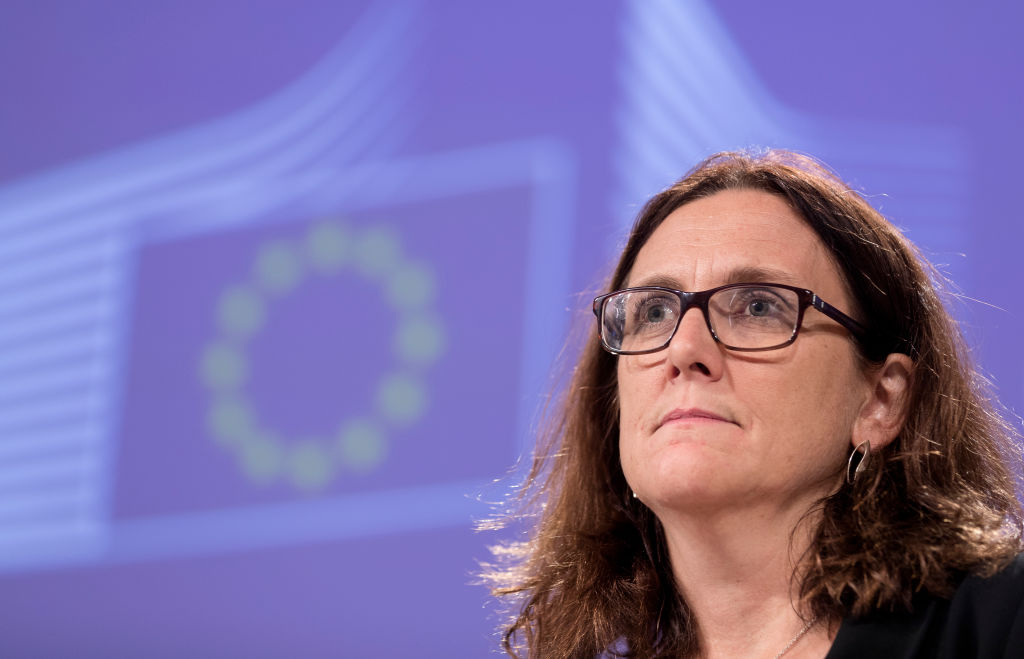 European Union Trade Commissioner Cecilia Malmstrom said a trans-Atlantic trade deal could be achieved before year-end, stressing a readiness to work speedily as the bloc tries to keep at bay the threat of U.S. automotive tariffs.

Malmstrom said she expects EU governments to give her the go-ahead in March to start negotiations with the U.S. to cut tariffs on industrial goods. A final agreement with President Donald Trump’s administration could be reached before the European Commission’s term ends on Oct. 31, she said.

“I think it can be done during this mandate,” Malmstrom told reporters on Friday in Bucharest before a meeting of trade ministers from the 28-nation EU. “We’re not delaying anything.”

Europe is rushing to show progress in enacting a political accord reached at the White House seven months ago to work toward reducing trans-Atlantic market barriers including industrial tariffs.

The pact last July put on hold the threat of U.S. tariffs on EU cars and auto parts based on the same national-security grounds that Trump invoked to hit foreign steel and aluminum with duties. Those levies prompted tit-for-tat retaliation by the EU, which has vowed to act in a similar fashion should the U.S. apply automotive levies.

“It is important that we all agree on lowering tariffs internationally rather than on raising them,” Economy Minister Peter Altmaier of Germany, which has the most to lose from possible U.S. curbs on imports of EU autos, told reporters in Bucharest.

Malmstrom repeated the EU’s position that any decision by Trump to apply auto duties against Europe would shatter the trans-Atlantic trade truce.

“While we are talking, we should not impose any tariffs on each other,” she said.

Last month, Malmstrom unveiled a blueprint for a free-trade deal with the U.S. that would cut tariffs on a wide range of industrial goods including cars. It is that proposal that EU trade ministers are discussing in the Romanian capital before a formal decision is made in the coming weeks.

The removal of trans-Atlantic tariffs on industrial goods would expand U.S. exports to the EU by 13 percent and the bloc’s shipments to the American market by 10 percent, according to the commission. The average tariff on non-farm products is 4.2 percent in the EU and 3.1 percent in the U.S., the commission said.