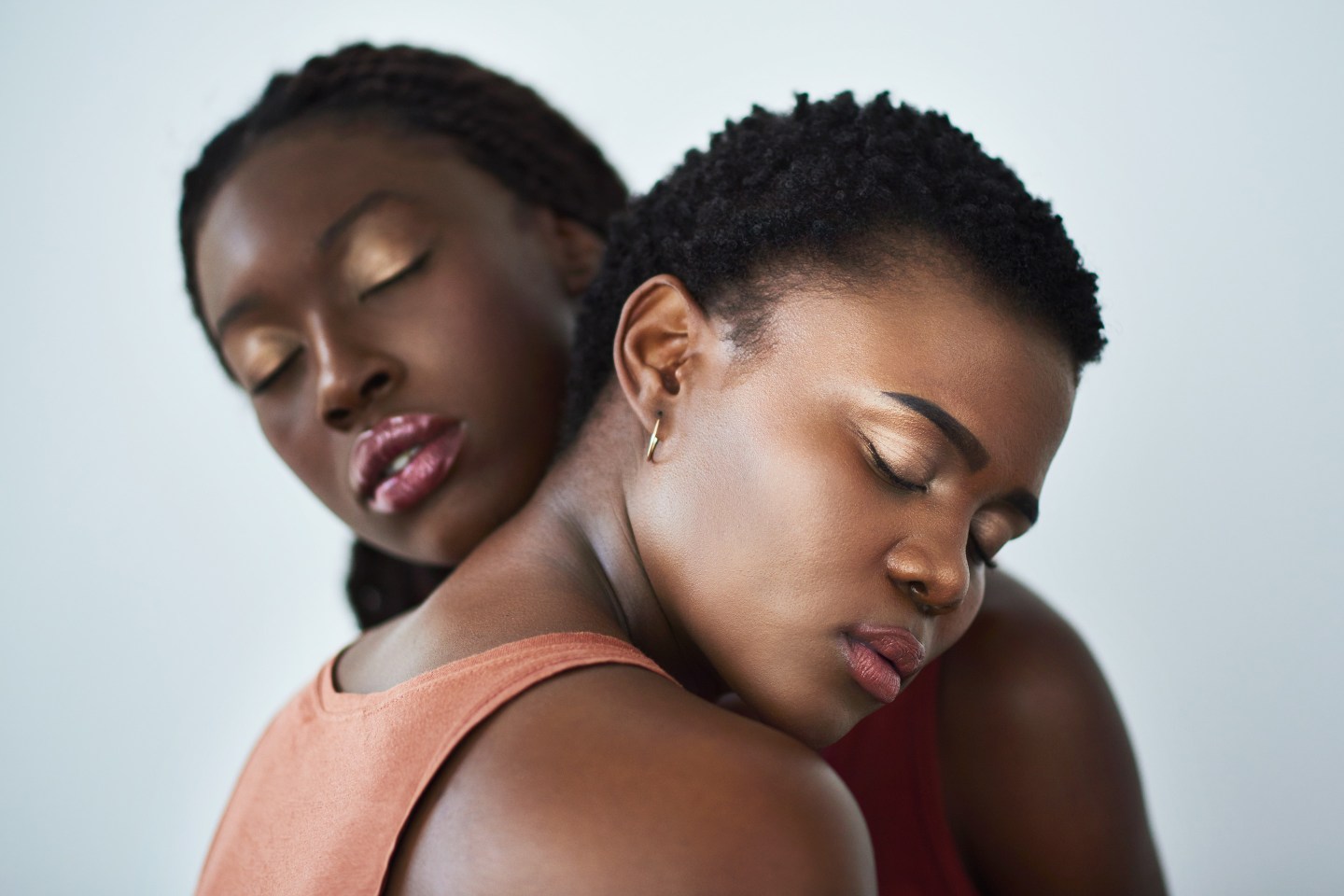 The Human Rights Campaign has released its 2019 Black and African American LGBTQ Youth Report, which builds on groundbreaking work they began in 2017.

This latest report, created in partnership with researchers from the University of Connecticut and published in part last year, offers a deeper analysis of the responses from some 1,600 black and African American LGBTQ youth, who answered questions about their experiences with their families, schools, friends, and communities.

Bottom line, these kids live at a fraught intersection of race and sexual identity and are often in danger of derailing at a time when they should be having fun, discovering their passions, and preparing for their grownup lives.

“I feel it is very hard for me to talk in general about how I feel as an LGBTQ person because it’s hard to find people who actually understand all what you are going through and who will talk about it with you,” is a common refrain.

Yes, it’s an often impossible journey from birth to C-Suite for many under-supported members of society, but to call this a talent pipeline issue would be to diminish the true cost of exclusion.

Some 90% percent of the respondents report racial discrimination at school, and nearly 70% report being verbally insulted because of their gender or sexual identity. Only 5% felt their teachers were supportive of people like them. At home, 77% report having heard family members saying negative things about LGBTQ people, and only 19% report feeling like they can be themselves once they walk through the door.

They’re also facing disproportionate instances of physical harm, bullying, and sexual assault. All of it is a recipe for a future marked by depression, addiction, and illness, and increased risk of poverty, homelessness, and incarceration.

The report also offers a broad blueprint for parents, counselors, teachers, allies, and policymakers to help produce better outcomes for black LGBTQ youth, so do download and share.

But they offer five ideas that everyone can do, regardless of their personal proximity to LGBTQ kids of color.

I’ve paraphrased them for a corporate audience below:

Embrace Black and African American LGBTQ stories, characters, and narratives. The research finds that these young people can’t find relatable role models in the world, so consuming and sharing stories and media which reflects them helps, “while also combating stigma and misconceptions about Black and African American people more broadly.” Are you supporting public screenings of relevant films? Including relevant authors on panels?

Support parents of Black and African American LGBTQ youth to become better advocates for their children. Counselors, employee resource groups, faith advisers, and human resource experts can develop resources or support groups to help anyone who cares about a black LGTBQ kid be better equipped to understand their specific issues. “Too often, resources for LGBTQ people and their families are centered on white narratives, which may neglect or unintentionally exclude the experiences of people of color.”

Advocate for more inclusive educational spaces. Do the educational programs your company support have policies that help or hurt black LGBTQ youth? How do you know? Are your adult mentors of at-risk teens fluent in the intersectional issues of race and sexuality? “Partner with advocates and organizations doing reform around subjective disciplinary standards and punitive justice in order to create an environment where Black and African American LGBTQ youth feel safe and are not targeted by unjust systems.”

Make sure the health care professionals in your ecosystem are on board. Are you in a position to influence the health care offerings in your organization or the programs you support? “Black and African American people face significant barriers to accessing affirming and appropriate health care,” the study finds. “We must reconcile historical trauma at the hands of medical providers, socioeconomic barriers and cultural stigma that prevent access to necessary and competent health care.”

Support policy reform that impacts Black and African American LGBTQ youth. If issue campaigns are part of your corporate identity, make sure you’re considering the unmet needs of this population in that work – from education to criminal justice reform, homelessness, income inequality, environmental justice, access to compassionate health care, and beyond.

Corporations are in a unique position to advocate for inclusivity in every issue they embrace and tend to get results when they do. (The collective work to get the discriminatory North Carolina “bathroom bill” repealed is a terrific example.) But even if you’re not in a position to launch a massive campaign, maybe just start with the employee two seats over, who may be worried about how their gay, or bi, or transgender, or gender fluid, or questioning kid is doing. What do they need?

Burberry draped a noose on a model on the runway, is very sorryYes, really. The outfit, which included a hoodie, debuted during London Fashion Week, created an immediate firestorm when the model also wore a noose around her neck like a scarf or something. Here’s the twist: The model who wore it, Liz Kennedy, was a leading voice in the criticism, saying publicly that her objections to the noose as an accessory were ignored. Instead of being fired or blackballed, she and the world got an apology. “We are deeply sorry for the distress caused by one of the products that featured in our A/W 2019 runway collection Tempest,” said the Burberry CEO in a statement provided to Fortune. “I called Ms. Kennedy to apologize as soon as I became aware of this on Monday and we immediately removed the product and all images that featured it.” Click through for the rationale for the noose, and then spend the rest of the week shaking your damn head.Fortune

Honestly, I’ve felt alone my whole life, really… I grew up isolating myself  because I lived in fear of judgment from other people… I was too afraid to take that chance to be judged. I remember in seventh grade, I came out to one of my friends, but I didn’t tell my best friends, because I was too nervous…It helped me learn that I was my biggest judge and as soon as I learned not to judge myself, the coming out process became a lot easier…It’s important to remember that our feelings are valid and important and we’re not alone.—Hayley Kiyoko