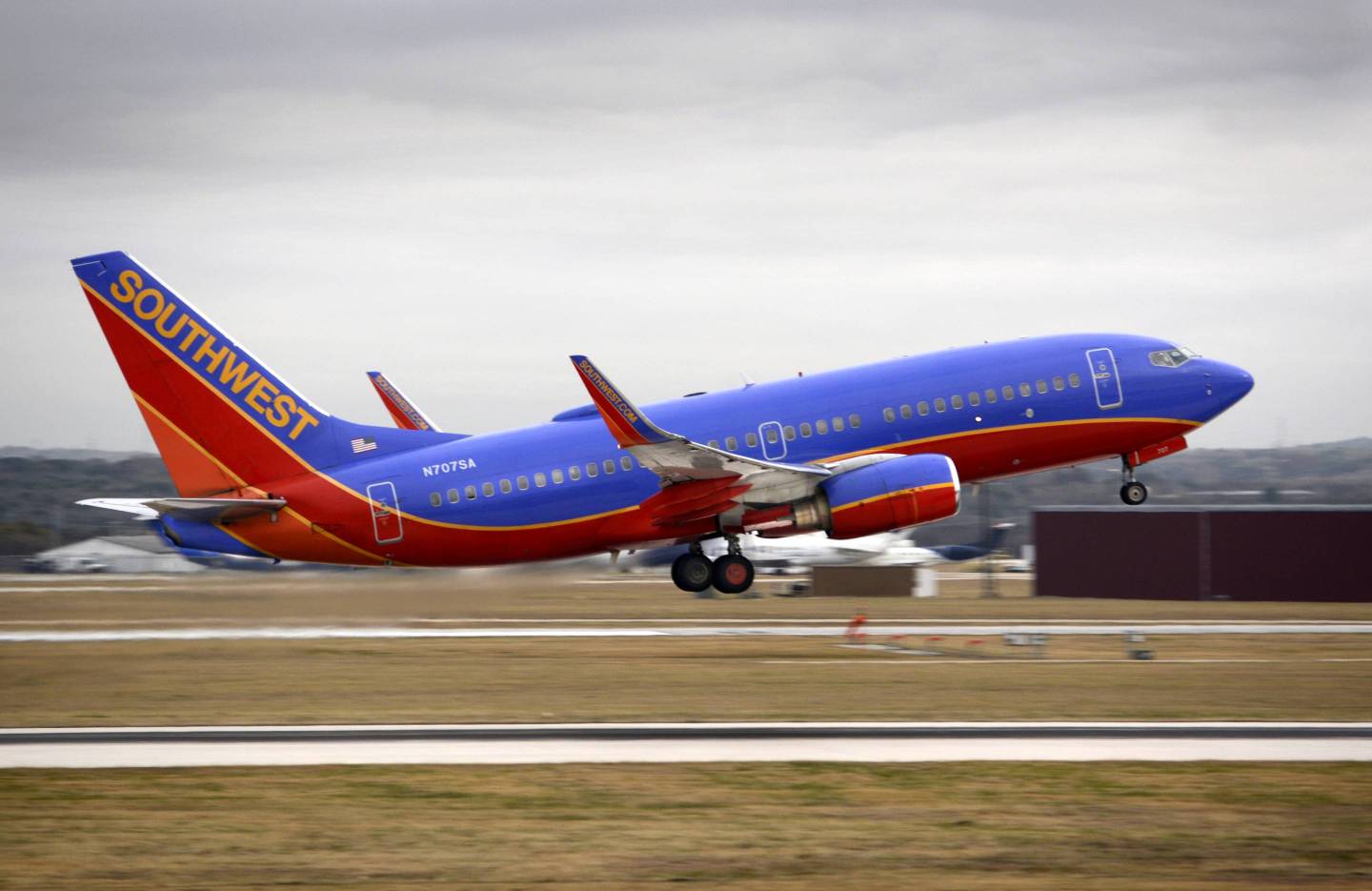 The political stalemate that ended last month will reduce first-quarter revenue by $60 million as the aftereffects lingered on, Southwest said in a regulatory filing Wednesday. When the discounter reported earnings late last month, it estimated the impact would be $10 million to $15 million for Jan. 1 through Jan. 23. Uncertainty over whether there would be a second shutdown hurt demand.

“With more of first quarter under our belt now, and a higher percentage of March bookings in place, we feel like we are at the point where we can reasonably quantify the total impact from the shutdown,” Southwest said by email. Fares for bookings close to travel dates have been strong compared with last year, however, “So we are hopeful that the softness in demand is a temporary issue.”

Revenue for each seat flown a mile will rise 3 percent to 4 percent this quarter, the carrier said. It previously projected that the measure of pricing power would increase 4 percent to 5 percent.

The 35-day shutdown, which ended Jan. 25, caused security delays at airports and put some government travel on hold. But since Southwest’s service is largely domestic, it doesn’t have the same buffer from international flights as American Airlines Group Inc., Delta Air Lines Inc., and United Continental Holdings Inc.

“While this is a material increase in the hit to revenues, we think the impact on earnings is likely to be muted,” said CFRA analyst Jim Corridore. “We also do not see this an issue with fundamental air-travel demand, but a temporary first-quarter impact.” Nevertheless, he said other airlines may also lower their revenue guidance in the coming weeks.

Southwest dropped 5.2 percent to $54.66 at 11:57 a.m. in New York after sliding as much as 6.1 percent, the biggest intraday decline in three months. American fell 1.4 percent, while Delta and United each slipped 1.2 percent. Southwest had climbed 24 percent this year through Tuesday, the most on a Standard & Poor’s index of the five biggest U.S. airlines.

The standoff in Washington was “maddening,” Southwest Chief Executive Officer Gary Kelly said last month. “Everyone needs to be on notice and on guard that this shutdown could harm the economy and it could harm air travel.” He said that government bookings were clearly hurt by the shutdown.

At the same time, Kelly said a “relatively small part” of the airline’s business travel is tied to government contracts. “Our exposure is relatively low compared to others perhaps, but it’s still meaningful.”

The U.S. shutdown also delayed approval of the airline’s planned flights to Hawaii. Goldman Sachs downgraded Southwest’s stock to sell from neutral while slashing its price target to $54 from $66. The new service, which is expected to begin next month, will pressure profit margins by forcing the airline to discount early flights more than it had expected, analyst Catherine O’Brien said in a note to clients Wednesday.

“We now expect initial flights to have a one to one-and-a-half month selling window, putting more pressure on management to fill planes in a shorter time frame,” she said.

The company meanwhile is grappling with what it called an “unprecedented number” of aircraft taken out of service for mechanical issues. The carrier said it is investigating the cause, including whether the groundings are related to ongoing talks with a labor union. The Aircraft Mechanics Fraternal Association said Southwest was attempting to divert attention from safety issues.

“We will be investigating this current disruption and are exploring all possible remedies,” Chief Operating Officer Michael Van de Ven said. The carrier apologized to its customers for canceled flights and, in some cases “extremely long delays.”

Southwest had scrapped 519 flights Feb. 15 through Tuesday, according to FlightAware.com, although the total included flights grounded by weather. Another 404 flights have been grounded Wednesday, with operations also affected by a snowstorm in the U.S. Northeast. The carrier on Tuesday added its Dallas maintenance center to those in Houston, Las Vegas, Phoenix and Orlando that originally were covered by the alert.