Why It’s Time to Radically Redesign the Smartphone 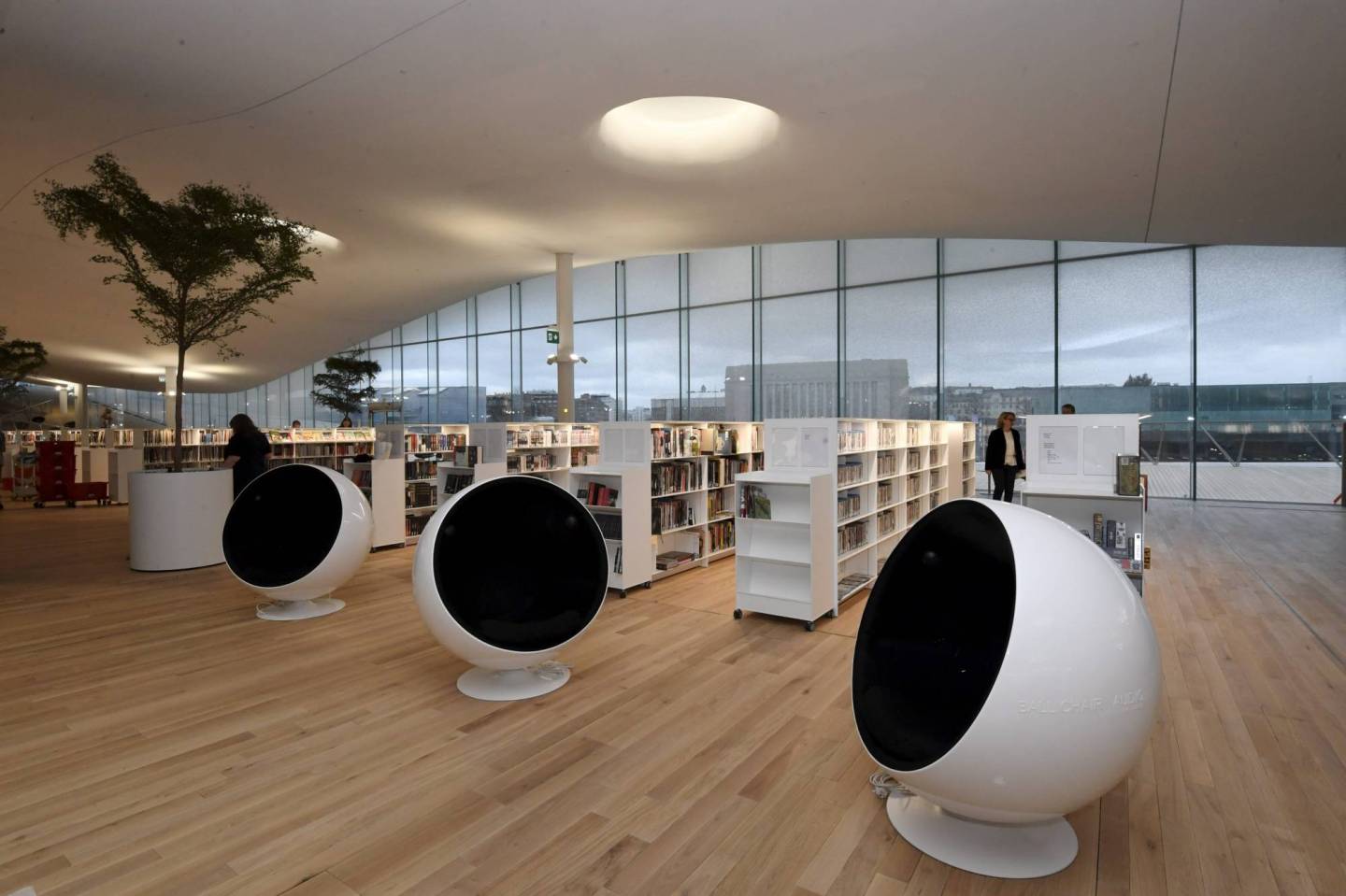 A room of Helsinki's new Central Library Oodi is seen during a preview on November 30, 2018 in Helsinki, Finland. - The new library will open its doors to the public on December 5, 2018, a day before Finland's 101st birthday. (Photo by Markku Ulander / Lehtikuva / AFP) / Finland OUT (Photo credit should read MARKKU ULANDER/AFP/Getty Images)
Markku Ulander—AFP/Getty Images

This is article is from Data Sheet, Fortune’s daily newsletter on the top tech news. To get it delivered daily to your in-box, sign up here.

Next week is the annual Mobile World Congress show in Barcelona, where tens of thousands of participants in our modern, mobile economy will ponder the future of the smartphone and wireless networks. Do we need foldable devices that can serve more than one role in digital life? What will happen when 5G networks arrive with much higher speeds and the capability to connect exponentially more devices? And can we make our mobile devices perhaps more useful but less distracting, more filled with tech but less expensive, longer lasting and better for the environment?

Then there is the not unrelated re-think happening at Apple, so reports the Wall Street Journal. Connecting a half-dozen moves—from the seemingly sudden departure of retail head Angela Ahrendts to the rapid rise of new-hire John Giannandrea over all A.I. efforts including Siri—Apple is said to be preparing for “Life After iPhone.” Sounds almost like a Cezanne still life painting, doesn’t it?

Ever the bookworm, I was more taken with the multi-year re-think represented by the recent opening of the new Oodi Helsinki Central Library. The wavy glass and spruce-clad rectangular building is three floors. At the top it’s mainly shelves and reading rooms, dubbed “book heaven.” The entry level ground floor has a café, movie theater, and other standard public spaces for just hanging out and letting people mingle. In the middle, though, is space for making things—everything from recording studios for producing music (and perhaps podcasts?) to that distinctly 21st Century concept of a “makerspace,” filled with 3D printers and other gear for building actual physical objects.

Intriguingly, Denmark’s second largest city, Aarhus, opened a similarly forward-looking new main library a few years ago, and Oslo is about to do the same next year.

Bringing it all together, there are some pretty cool libraries in Barcelona, but I’m not sure I’ll have much time to check them out as I wander through the “stacks” at MWC. The newest libraries seem filled with new ideas that could break down barriers, stir creative impulses, and generally enhance our civil society. We can only hope the architects of our future smartphones get the same vibe.