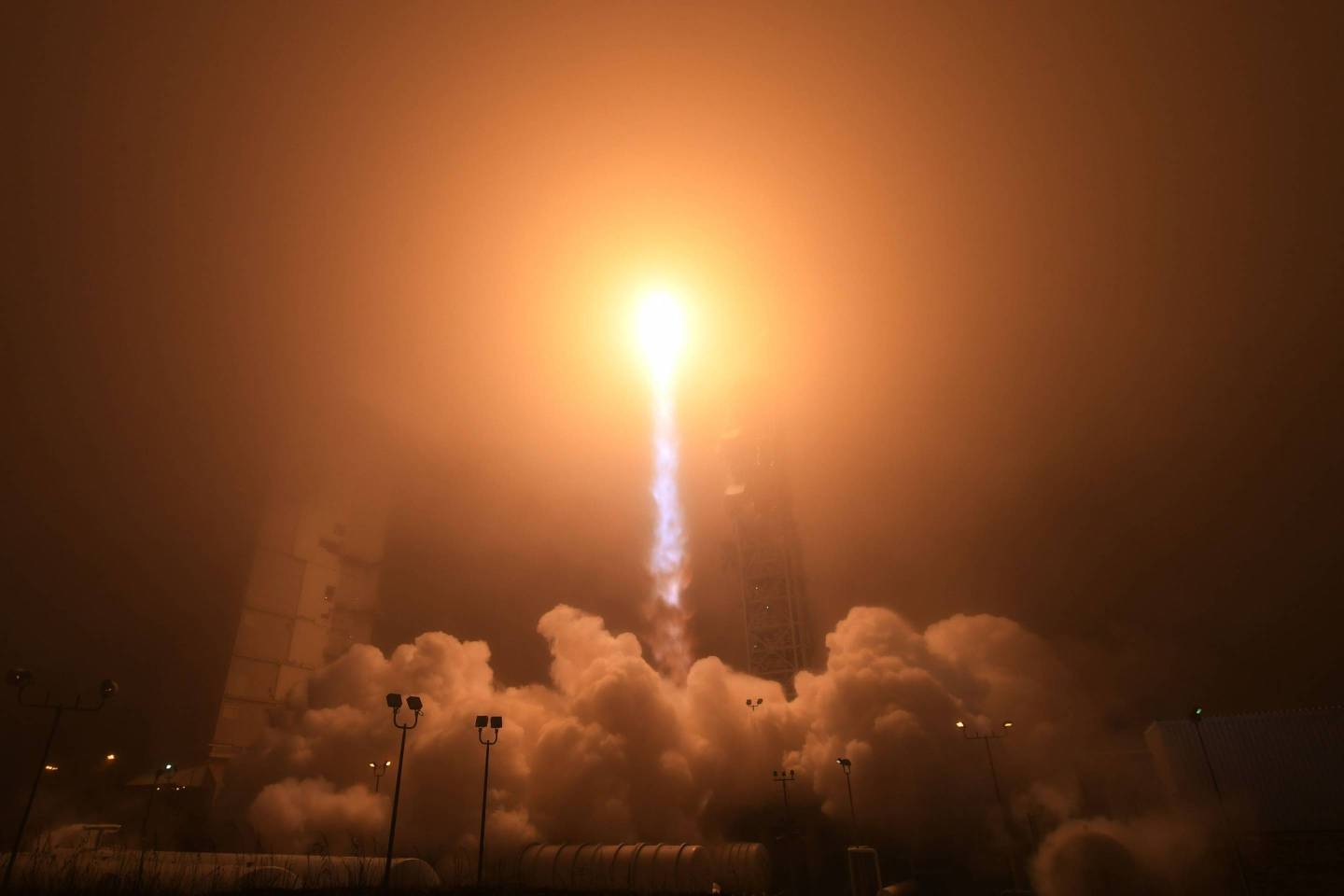 TOPSHOT - The NASA InSight spacecraft launches onboard a United Launch Alliance Atlas-V rocket on May 5, 2018, from Vandenberg Air Force Base in California. - NASA on May 5 launched its latest Mars lander, called InSight, designed to perch on the surface and listen for "Marsquakes" ahead of eventual human missions to explore the Red Planet. (Photo by Robyn Beck / AFP) (Photo credit should read ROBYN BECK/AFP/Getty Images)
Robyn Beck—AFP/Getty Images

Greetings from rainy San Francisco. I spent Valentine’s Day participating in a design retreat in nearby Sonoma County led by Phil Gilbert, the general manager of IBM Design. It was a not-for-attribution event for about 50 IBM clients, so I can only share a bit of what I learned. But I can say the discussion was frank and fascinating—and reaffirmed our view at Fortune that design has become a top strategic priority for a huge swath of the companies we cover.

My three takeaways: 1) even when a CEO commits to the idea of embracing design as a part of strategy, translating that commitment into meaningful changes in corporate structure and culture is really hard; 2) corporate design teams still have a long way to go on gender and ethnic diversity, especially in appointing senior leadership; 3) as business leaders recognize design’s tremendous power, they’re also discovering that power can be used for good—and evil.

There’s an increasingly urgent debate among designers about whether they’re aiding and abetting business models that manipulate users into surrendering personal data, buying stuff they don’t need, and engaging in socially destructive behaviors. Though the “Target effect” (which nudges shoppers to over-consume), the addictiveness of video games like Fortnite, the hijacking of social media platforms like Facebook, and other ills are often described as “tech problems,” they can also be construed as epic design fails. Designers fear advances in AI, Big Data and 5G may only make things worse. The new wave of “techlash” titles such as The Age of Surveillance Capitalism by Harvard Business School theorist Shoshana Zuboff and Zucked: Waking Up to the Facebook Catastrophe by former Zuckerburg adviser Roger McNamee, are hot topics for the design crowd, not just techies.

We’ll tackle design ethics and more at Fortune’s Brainstorm Design conference in Singapore March 5-7. The program is packed with thinkers at the vanguard of this new alliance between business and design. Among them: Ideo CEO Tim Brown; Tony Fadell, who helped invent the iPod, the iPhone and founded smart-thermostat startup Nest; Dyson CEO Jim Rowan; Facebook VP of Design Margaret Gould Steward; and top design experts from Alibaba, Amazon, Google, IBM, McKinsey, and Salesforce. You can see the full agenda and request an invitation here.

One highlight of yesterday’s IBM event was the venue: the 25-acre Eames Ranch, home to a vast trove of prototypes, artifacts and personal mementos of iconic designers Charles and Ray Eames. Charles’ granddaughter Llisa Demetrios, who’ll join us in Singapore next month, led an enchanting tour of the house and the studios. She steered me to a wall displaying a Venn diagram, hand-drawn and annotated by Charles, showing three amoeba-like circles. One circle depicted “the interest and concern of the design office,” another “the area of genuine interest to the client,” and a third the “concerns of society as a whole.” A note scrawled in the upper right-hand corner identified the darkly cross-hatched space where all three circles intersected: “It is in this area of overlapping interest and concern that the designer can work with conviction and enthusiasm.”

Sounds like the basis of a pretty wise design ethic to me.

Curious about how tech like A.I. and big data is affecting the world of health? Come to Fortune’s Brainstorm Health conference this April in San Diego, where you can take part in cutting edge conversations with top pharma execs and leading medical thinkers. (Register here)

Was it something I said? Everyone is chattering about Amazon's abrupt decision to break up with New York City (on Valentine's Day no less) after local opposition led the tech giant to rethink its plans for a second headquarters. The pull-out came despite reports that Amazon had held promising talks with state and union officials the previous day to smooth over the company's concerns.

You might be interested in.. anti-vax nonsense: In the wake of a series of measles outbreaks, Facebook and Google are under fire from lawmakers who want their recommendation engines to stop promoting anti-vaccine groups and videos. Facebook says it may start demoting such content.

Stop the robocall madness. FCC Chairman Ajit Pai says he will take unspecified regulatory action against seven phone carrier laggards, including Sprint, who have failed to implement protocols that would screen many robocalls. The protocols, which block spoofed phone numbers, will work best when all carriers are using them.

Oppression at scale: A security researcher discovered an unsecured Mongo DB database that reportedly contains the faces of more than 2.5 million members of China's Uyghur Muslim population. China has been widely accused by human rights activists of systemically persecuting the Uyghurs.

Alipay everywhere: Drug chain Walgreens announced 3000 of its stores now accept Ant Financial Services' Alipay, which has a reported 1 billion users across the globe. The move comes as more luxury retailers in the U.S. implement Alipay and its rival WeChat Pay in order to cater to overseas Chinese travelers.

Private Mossad for Hire (The New Yorker)
Former Israeli psy-ops soldiers have gone into business and will sell their services to anyone who will hire them, including a candidate in a small town hospital election.

The Tinder algorithm, explained (Vox)
Wonder about the math behind dating apps? Here you go. Also, pro-tip: stop swiping once you have nine matches.

RBG Isn’t Looking to Retire, But Is Another Justice Ready to Go? (The New Yorker)
Jeffrey Toobin has the SCOTUS scuttlebutt, including whether Clarence Thomas is eyeing the exits prior to 2020.

Why Does It Feel Like Everyone Has More Money Than You? (Harper's Bazaar)
I didn't love this piece but it's getting buzz. The author's point is that if you took money from your parents, that's okay—and we should all talk about such subjects more.

My essay on Wednesday "Why We Can't Have Nice Trains," which lamented the lack of high speed rail between U.S. cities, provoked a flurry of reader response. Some wrote to say California's train troubles should be no yardstick for high speed rail projects underway in Texas and Florida. But the most intriguing response came from Data Sheet reader Jim Anderson, a civil engineer who explained that America faces unique obstacles that make train building impractical—and that we should focus on more futuristic ideas for transport.

One of the biggest obstacles to high speed rail in the U.S. has always been “at grade crossings” (). Put simply, when railroad tracks and roads intersect, people die. You need one or the other to be on a different level at intersections for high-speed rail to be feasible. And with the number of roads and cars we have in the U.S., that prospect alone becomes massively expensive. It’s not a bureaucracy problem: it’s engineering and physics combined with 100 years of land use decisions.

As wonderful as it is to ride a high-speed train in other countries, I can’t help but wonder if such trains are a 1970 solution to a 2020 problem. Just as many developing economies skipped over “land lines” and went straight to mobile phones, I wonder if the U.S. might be able to skip over high-speed rail and deploy a network of autonomous vehicles

A.I. Could Widen Economic Disparity Between Urban and Rural Areas By Kevin Kelleher

Restaurants see a lot of proposals on Valentine's Day—but also tears and people left in the lurch. It turns out some jilted folks just sit and finish their dinner (good for them). Here's Bon Appetit's "How Waiters Handle Valentines Day Breakups and Broken Hearts."