Google Debuted AR Navigation in Maps For Some Users Today. Here’s What It’s Like 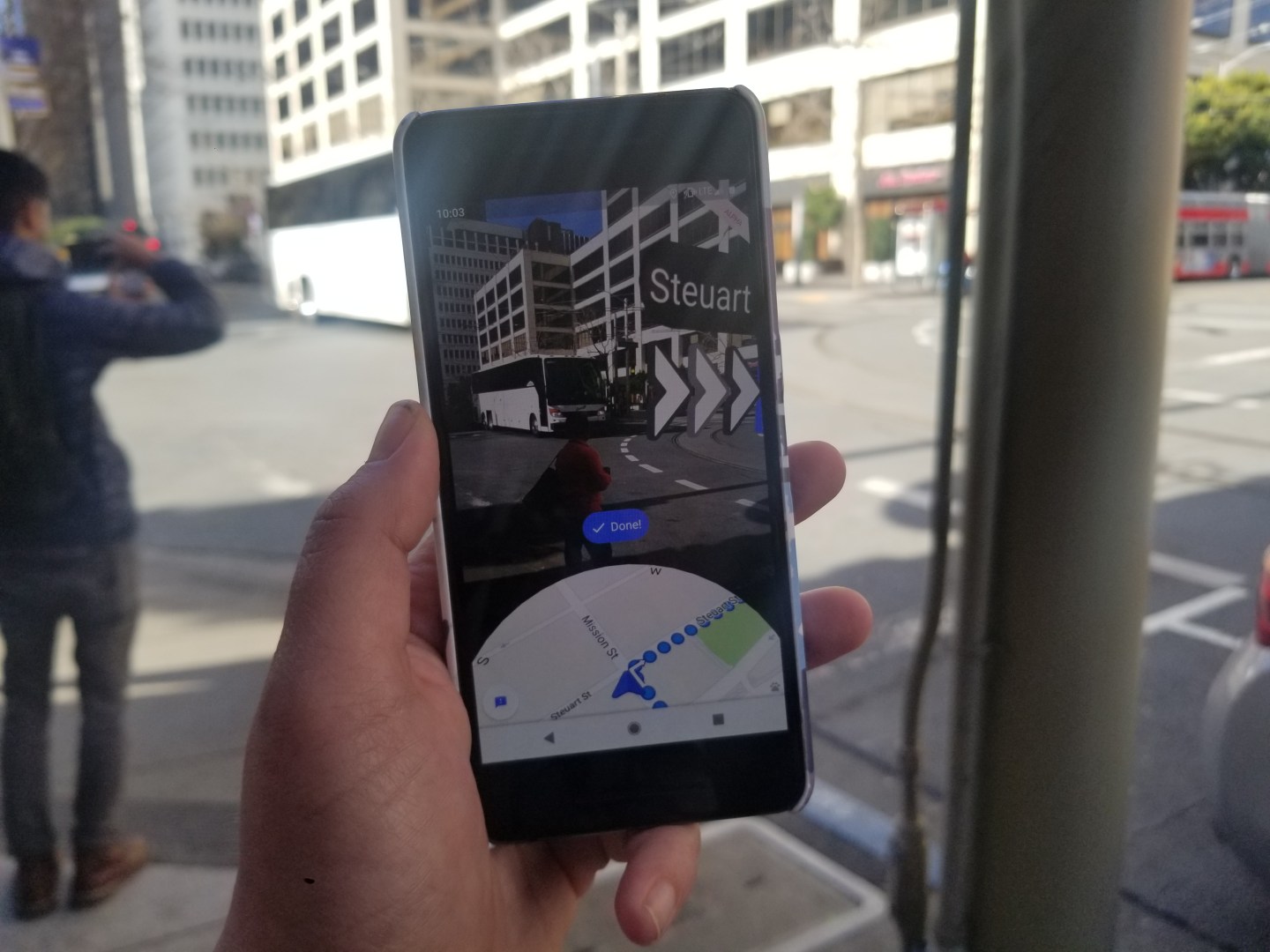 In May, Google announced plans to bring augmented reality navigation to Google Maps. Today, those plans become a reality—at least for a handful of Google Maps users.

Google started rolling out AR Maps on Monday to a small subset of Google Local Guides, people that have volunteered to add things like photos and reviews to Maps. The new feature is designed to help pedestrians navigate around cities by showing them digital street signs and virtual arrows overlaid on the sidewalk to show which way to walk.

Users hold their phone up in front of them so they can view an AR version of Maps. It’s supposed to solve the problem many people run into when using an online map to navigate: Which direction to go—a right turn, for example—isn’t always apparent.

To avoid accidents, on-screen prompt encourages users to put the phone down after being shown the correct route so they can pay attention to their surroundings.

Google calls the experience “global localization”. The phone’s GPS pinpoints the user’s rough location, and then taps the phone’s camera to compare what it sees to images in Google Street View within a few milliseconds. The technology can pinpoint your exact location quickly and provide more accurate directions.

“The blue dot you see of the 2D map is sometimes where you’re standing, but sometimes it’s jumping around and you’re not quite sure where you are,” says Rachel Inman, UX Design Lead at Google tells Fortune. “It becomes even more exaggerated when you’re in an urban area because there’s tons of metal around us, other people’s phones, all these magnets — that problem is exacerbated. Using VPS and Street View gives us this whole new superpower.”

To mark the product’s debut, Google took a handful of reporters out in San Francisco on Monday morning to test drive the feature in the best way possible: A hunt for coffee.

On our short half-mile walk, it all worked well. But it’s a feature that’s far from complete. Inman says early iterations used dots on the ground instead of arrows to tell people where to go. In that experiment, Google found people insisted on physically stepping on that virtual line, which wasn’t always the best choice. Another iteration replaced that line with “particles,” a glitter trail of sorts to get you where you’re going. Instead of glitter, early users thought they were following “trash” on the sidewalk.

By testing Local Guides, Google hopes to discover even more ways to improve the product so when it rolls out to everyone it’s something everyone wants to use.

“For some people, this will be their first experience with AR, so we want it to be a good one,” says Inman.

As for when all users will be able to try the new feature, that’s still unclear.