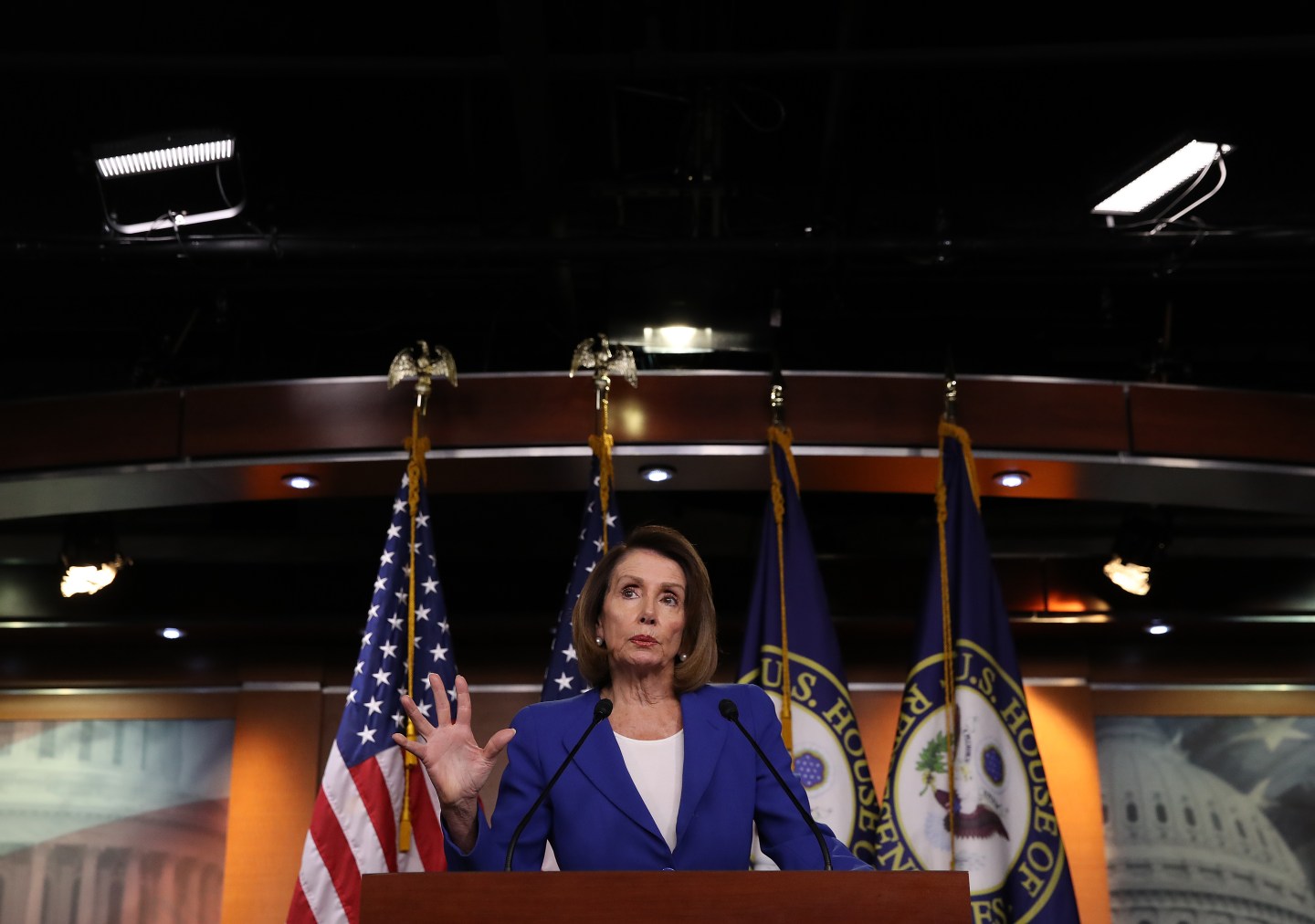 There’s so much to mine in House Speaker Nancy Pelosi’s recent deployments of power. First, her cucumber-cool Oval Office performance alongside two eager-puppy, camera-hungry men (President Trump and Senator Chuck Schumer). Next, her deft blocking of the president’s State of the Union speech like it was a chess piece in her government shutdown game. And then we saw her steely nerves ignite as paychecks stalled and airports threatened to close.

“You always start with a feather, until you get to the sledgehammer,” Pelosi explained as it became clear that she had won her 35-day standoff with a commander-in-chief she breezily described as “very simple.”

What’s extraordinary about Pelosi’s star turn is that for all the gains women have made these past few decades, they have also exhibited a tortured relationship with power—particularly when it comes to deploying it for their own ends.

This is especially true in the private sector: While female power in politics is surging around the globe, with women taking more seats as heads of state and inside the halls of governments than ever before, women in business are incapable of busting through the 5% ceiling of Fortune 500 CEO ranks.

Two decades ago when Fortune launched its Most Powerful Women lists, women in corporate America were just beginning to move into C-suites and boardrooms, and those leading the charge resisted our decision to use the word “powerful” to describe them.

Practically all the women leaders Fortune was honoring—including Oprah Winfrey, Meg Whitman, Sheryl Sandberg, and Carly Fiorina—told us they disliked the word “power.” Sandberg found the word so toxic (frankly, an embarrassment to mark the Fortune Most Powerful Women Summit on her calendar) that she suggested a name change to make the event more palatable to new anti-hierarchical corporate cultures at places such as Google, where she was then a senior executive.

In a 2002 Fortune cover story about Winfrey, the most prominent woman on the planet gave a demure answer to the question, ‘What is power?’ “The ability to impact with purpose,” she said. In other words, power is good, but only if deployed for reasons other than personal or professional gain. Eight years later, and launching her own TV network, Winfrey offered a more seasoned definition of power: “strength over time.”

“Strength,” like “power,” is a word that comes naturally to male leaders. Male leaders tell narratives of exerting power, refusing to give in, and besting their opponents. They exude certainty about their rightful place at the top. We saw that up close recently in profiling a country president who stared down political opponents to broker a divisive peace deal, and a former Wall Street CEO who defied intense pressure to sell his company during the Great Recession.

Women, on the other hand, tend to view power as a horizontal concept: It’s about having a broad impact and “influence”—the latter being a favorite word of female leaders.

There are reams of reports about why so few women occupy major CEO jobs (or seats in Fortune 500 company boardrooms, where women still hold less than a quarter of director positions). Reasons cited range from discriminatory corporate policies to the white-men-only club’s hold on power and access.

For all women who aspire to command the main stage of major companies, think about the confidence demons they need to overcome to get there. We can’t help but wonder if vulnerability is what male activist investors think they smell when they so frequently target female CEOs.

Insecurity about power—and its twin sister, imposter syndrome—is prevalent at the top of all institutions where women hold leadership positions. The president of a prestigious U.S. college who is known for her promotion of women and girls in STEM told us that her imposter syndrome has only gotten worse as she has ascended the ranks of prominence in education and business. Aren’t we supposed to gain confidence with achievement?

Privately, some veteran CEOs complain to us that too many women meander to the top, stopping at safe harbors, like human resources, rather than making a beeline to the C-suite, like any normal ambitious guy would do.

Over the decades, the women in the Fortune Most Powerful Women community have come around, and many have come to actually like the word “power.” And now as entrepreneurs, we too have had to learn how to embrace it. (A first step was naming our company after ourselves—a move that male friends encouraged and female friends found too forward.)

Years ago, Nancy Pelosi famously said: “No one gives you power. You have to take it from them.” Wise words for women in business as well as politics.

Pattie Sellers and Nina Easton are founding partners of SellersEaston Media, which produces film, video, and written content about leaders and leadership. Former senior editors at Fortune, they continue to co-chair Fortune MPW Summits around the world.