A Billionaire’s Wireless Bankruptcy May Aid His Richer Brother 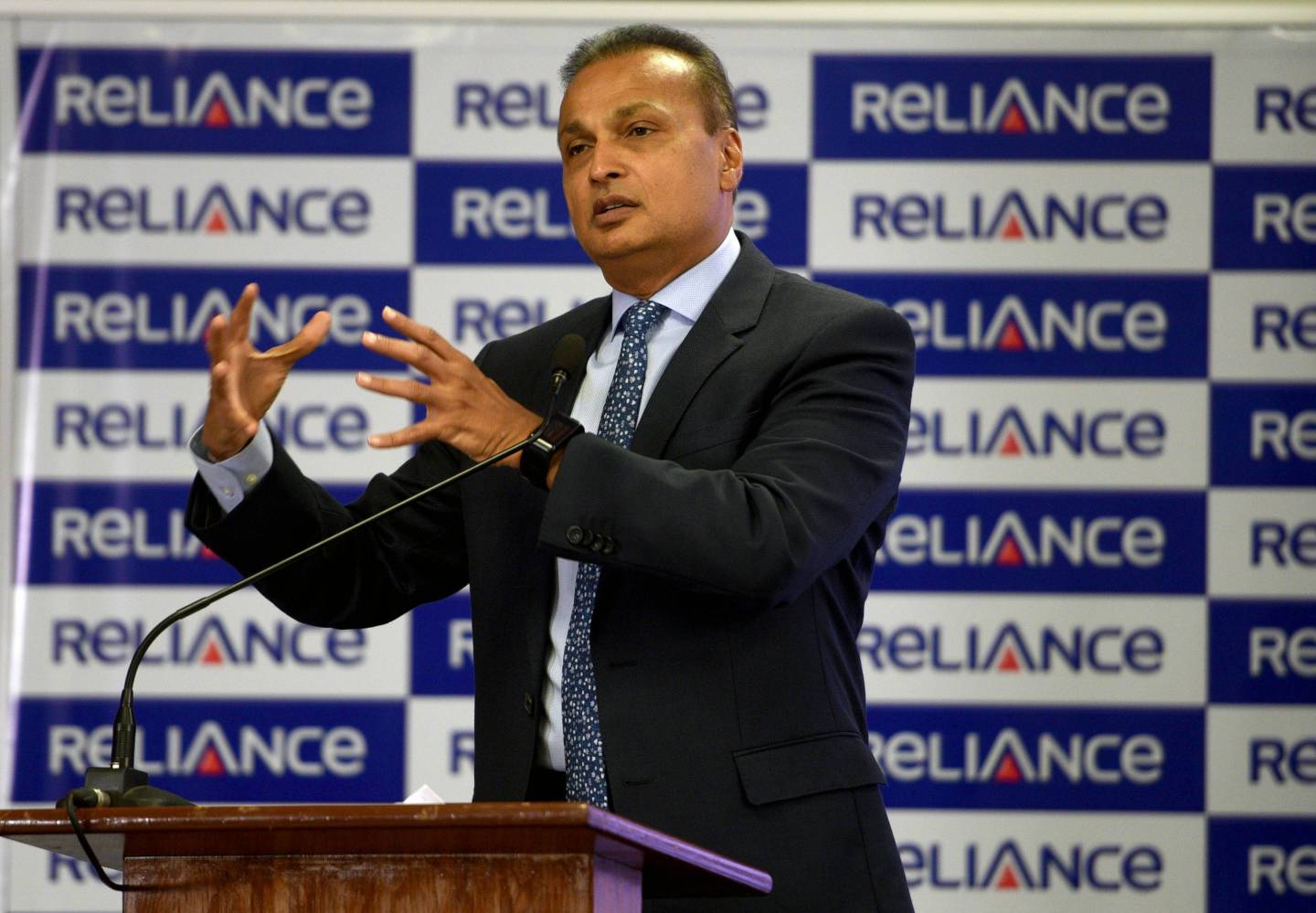 In a twist to the tale of two rival billionaire brothers in India, a bankruptcy filing by Anil Ambani’s wireless carrier could have one clear winner — his elder sibling’s disruptive mobile phone unit.

The process initiated Friday in Mumbai, once admitted by the court, would leave Ambani’s Reliance Communications Ltd., or RCom, 270 days to repay debt or liquidate. The company voluntarily took the step after a planned sale of a tower, spectrum and fiber assets to older sibling Mukesh Ambani’s Reliance Jio Infocomm Ltd. stalled. The 173 billion rupee ($2.4 billion) deal had prompted objections and lawsuits from creditors seeking payment ahead of the sale.

Now, the elder Ambani could have even more leverage in bidding for the assets of a company whose demise he helped hasten by storming into the mobile phone market in 2016 with free services. Mukesh Ambani can only vie for RCom’s wireless carrier assets because of a top court in January relaxed rules that had prevented family members of controlling shareholders from bidding for companies going through insolvency.

“The value of RCom if it goes into liquidation will be destroyed and with this sword hanging, the bidders may negotiate harder in the insolvency process with creditors and bring down prices,” said Apurva Jayant, a partner at law firm L&L Partners.

RCom’s equity holders are already shorn. The company’s shares plunged by a record Monday, losing more than a third of their value, before closing at 7.6 rupees, their lowest since listing in 2006. The stock had plummeted 60 percent in 2018 as India’s former No. 2 wireless carrier battled creditors in court and proposed one asset sale after another that fell through.

Other listed parts of Anil Ambani’s empire took a pounding as well Monday. Reliance Capital Ltd. plunged 20 percent to the lowest price since June 2005. Reliance Power Ltd. plummeted 35 percent to a record low and Reliance Naval and Engineering Ltd. dropped 15 percent to its lowest ever.

The downfall signals another inflection point in the dueling fortunes of two brothers in India’s richest family. It’s also convenient for the elder brother, who is now Asia’s richest person thanks in part to gains in the value of his flagship’s shares, buoyed by the success of the wireless carrier he founded only two years ago.

While several lenders such as China Development Bank, Ericsson’s local unit and even the telecom firm’s PR agency had at some point sought to invoke insolvency proceedings against RCom, its local lenders didn’t agree.

Lenders chose not to take RCom to the nation’s bankruptcy court because that would have eroded the value of the company, IDBI Bank’s Deputy Managing Director K.P.Nair told reporters in Mumbai on Monday.

After inheriting a business empire from their father, the rival siblings in 2005 divided the group in a peace pact brokered by their mother Kokilaben Ambani. Mukesh got control of the flagship oil refining and petrochemicals, while Anil got the newer businesses such as power generation, financial services, and the crown jewel, a telecom business which his elder brother had expanded aggressively.

A non-compete clause between the brothers kept Mukesh out of telecoms until the agreement was scrapped in 2010. The elder brother’s return to telecom resulted in the creation of Reliance Jio, which built a speedier 4G wireless network.

As RCom struggled, it bowed out of the wireless carrier business and pushed for growth in undersea cable services and data centers. Still, the debt piled higher.

In December 2017, Anil Ambani said that there would be no write-offs or equity conversion for lenders and bondholders as his company was nearing sales of assets that could provide the cash needed to pay the debt. Earlier that year, he had sought patience from creditors and investors, saying RCom’s debt reduction plan would be the largest in India’s history and would create long-term value for shareholders.

None of that came to pass.

Lenders had been expecting a 60 percent write-off on loans to RCom, according to one of the bankers familiar with the negotiations who asked not to be named revealing private information. A voluntary filing by RCom with only one likely buyer in the race could widen that to as much as 80 percent, one of the bankers said.

Because RCom’s assets have “few or no potential buyers except one, it clearly means creditors may be in for deeper haircuts,” Rajesh Narain Gupta, managing partner at law firm SNG Partners said Monday. “In some cases, the resolution may be very expensive for creditors.”