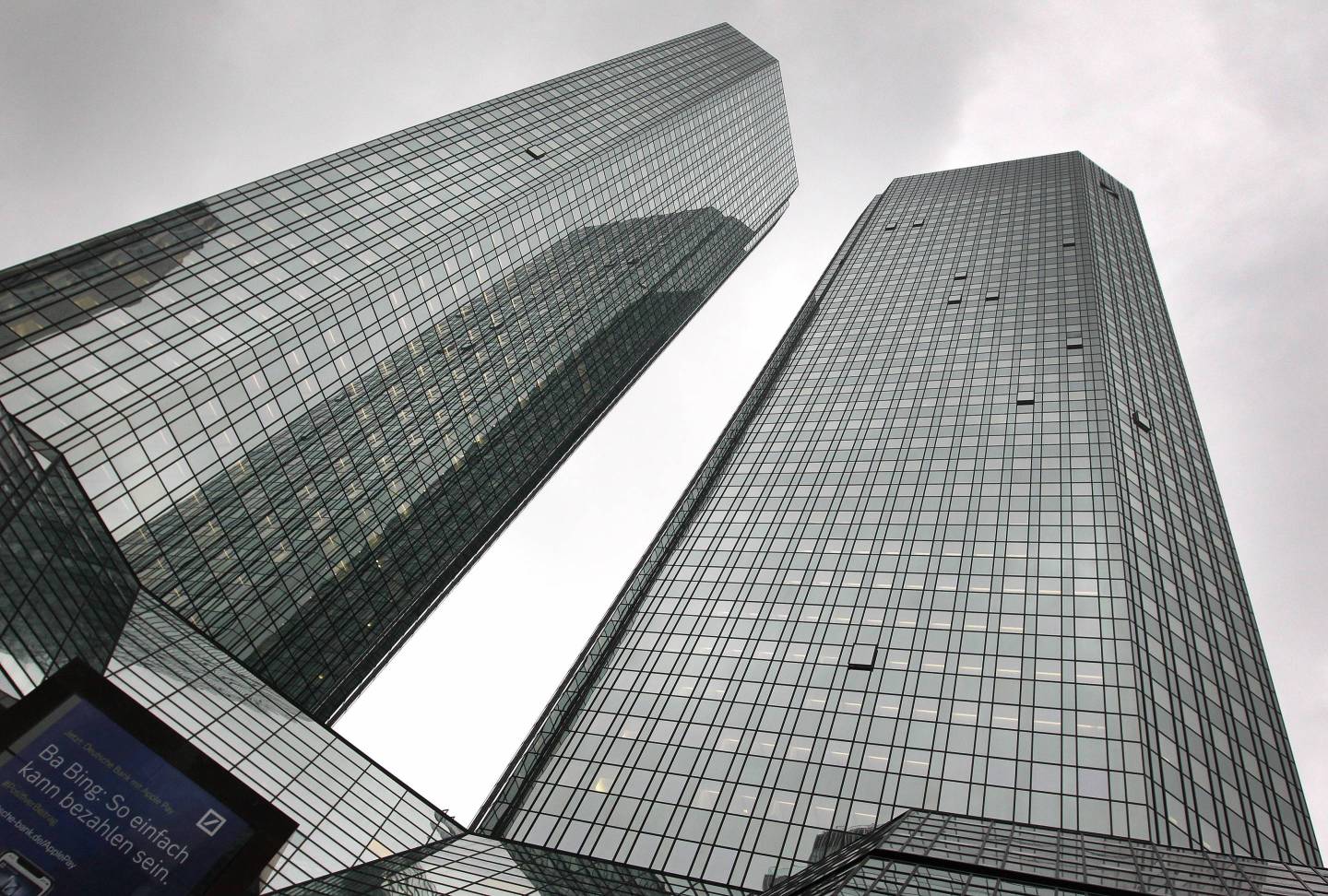 The headquarters of Germany's biggest lender Deutsche Bank are pictured on the sidelines of the company's annual financial statement in Frankfurt am Main, on February 01, 2019. - Deutsche Bank reported a 2018 bottom line in the black for the first time in four years, with a cost-cutting drive delivering results even as revenues fell. The firm reported 267 million euros ($305 million) net profit, compared with a loss of 751 million in 2017. (Photo by Daniel ROLAND / AFP) (Photo credit should read DANIEL ROLAND/AFP/Getty Images)
Daniel Roland—AFP/Getty Images

Trump’s request was rejected by the bank’s top management committee, which at the time included future Chief Executive Officer Christian Sewing, according to three unidentified people cited by the Times. Among its concerns was that if Trump won the election and eventually defaulted, the bank would have to choose between not collecting the debt and seizing assets of the U.S. president, the newspaper said.

The Trump Organization sought a loan against its Miami resort to pay for work on a golf property in Turnberry, Scotland, according to two of the people.

Trump Organization spokeswoman Amanda Miller called the story “absolutely false,” the Times said. While saying the company hadn’t needed outside funding for Turnberry, she didn’t specifically address whether it asked Deutsche Bank for a loan, the newspaper said. A Deutsche Bank spokesman declined to comment, the Times said.