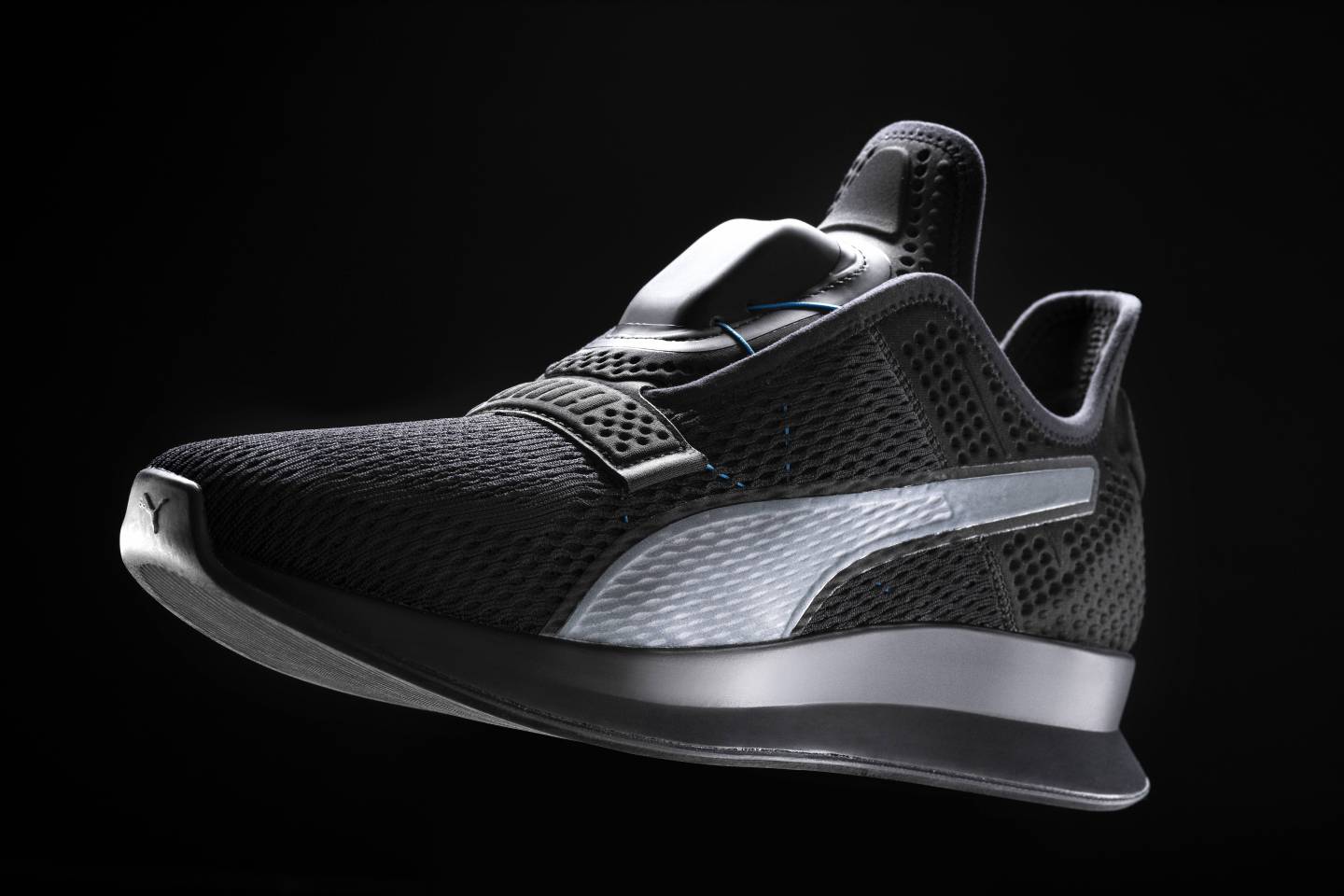 Are laces a thing of the past?

Puma unveiled a “self-lacing” shoe Thursday to rival Adapt BB, the automated sneaker launched by Nike earlier this month. The German sport brand’s motorized sneaker won’t be available until spring next year, but Puma is offering fans the chance to beta test it.

“We’re on the ten-yard line,” says Charles Johnson, Puma’s global director of innovation. “The product is working, we’ve got it functional but we really want to have some additional learning before we bring it to market.”

The Puma FI is the first offering from Puma’s technology platform Fit Intelligence, which is tasked with automating and fine tuning how Puma’s sneakers fit. The shoe doesn’t automatically tighten like the Adapt BB. Instead it has a swipe-activated motor on the boot’s tongue that tightens the shoe’s hidden laces.

It’s an apt interface for the smartphone era. Wearers swipe up to tighten, swipe down to “untie” and, of course, the shoes can be controlled via the Fit Intelligence app as well, which connects to the motor via Bluetooth.

The motor is powered by a battery hidden under the shoe’s insole. When the battery runs out of juice, it can be recharged by placing the sneakers on a wireless charging plate. After an hour of charging, the battery can run for a week.

“We’ve always been innovative in fit and we were leaders in what came to be known as alternative closure’,” Johnson says.

Puma was the first to introduce Velcro straps on a shoe in 1968, but the FI is an evolution on Puma’s AutoDisc line, which launched in 2016. The AutoDisc used a motor to automate the twist-to-tighten mechanism Puma originally introduced in 1991.

Athletes didn’t take to the heavy and unintuitive design of the AutoDisc. The Fi is much lighter. The complete tightening package adds just 45 grams to the overall weight of the shoe and Puma hopes the sneaker’s performance will satisfy athletes and consumers alike.

That’s something Puma will find out during the FI’s beta testing stage, when 20 members of the public and some select others—such as Formula One star Lewis Hamilton—will be given a pair of the adaptive shoes to try out.

The fine-tuned final footwear will go to market in spring 2020 and retail for $330, below the $350 Nike’s Adapt BB will cost when that comes to market in February.