What Happens When a Startup Goes Bust 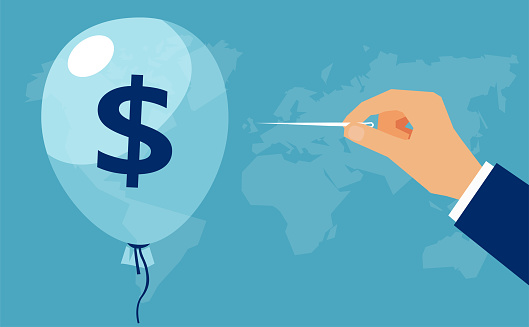 When a startup goes out of business, it’s typically a line item in a newsletter like Term Sheet about how much capital it had raised and from whom.

That’s exactly what happened when we reported last week that Munchery had officially ceased operations. The San Francisco-based food delivery startup had raised more than $125 million in venture funding and reached a valuation of $300 million at its peak. Investors included Sherpa Capital, Menlo Ventures, e.ventures, and Greycroft.

But to a small business owner like Lenore Estrada, the startup’s shutdown is more than just a line item — it’s payroll.

Estrada, who owns a San Francisco-based bakery business called Three Babes Bakeshop, published a Medium post that claims she’s owed more than $20,000 — most of which was for an order she had delivered to Munchery prior to Thanksgiving that remained unpaid.

Other small business owners also went without payment — Charles Farriér, the owner of Crumble & Whisk Patisserie, is waiting on a $1,700 payment from Munchery. Melissa Cohen of Salty Sweet Cookies, Jennifer Roy of Dandelion Chocolate and Jennifer Nguyen of Native Baking Co. are expecting a total of $16,417.50.

And now, Estrada is calling out the venture capitalists behind the company. She went to the Menlo Ventures office and reportedly left a letter outlining her concerns on the windshield of every car in the parking lot. Yesterday, she protested outside Sherpa Ventures’ SF office, holding a sign that reads: “Startup idea: Don’t steal pies!”

Estrada is asking that the VCs who backed Munchery write a check to cover the money the defunct startup owes to its vendors. “It’s not a lot of money to you, but to us it’s missed rent payments, layoffs, and waiting another year to expand to offer benefits,” she writes.

According to a source familiar with the situation, Munchery investors had known the company was in financial trouble since early last year. Some had reportedly encouraged the startup to wind down operations, but the company’s management team chose to forge ahead.

Munchery did not respond to a request for comment. Menlo Ventures told Term Sheet that the firm took action in October 2018 and its managing director Pravin Vazirani resigned from the company board. (Term Sheet has learned that Vazirani left Menlo Ventures early last year to join Owl Rock as a partner.)

Sources tell me that Menlo Ventures and e.ventures stepped down from their board seats, while Sherpa Capital stayed on. Sherpa has not responded to a request for comment.

Estrada asks, “Why is nobody holding the VC firms accountable for providing oversight? How is it ok to accept that they may have just ‘abandoned the seat’ because they thought the investment was a loser?”

And this question brings us to the point of today’s column: When startups dissolve into obscurity, it’s important to remember that it’s not only deep-pocketed investors who lose out when a bet goes bad. A lot of vendors and suppliers do too — and unlike the shareholders invested in the business, it’s not something they can simply write off and walk away from.