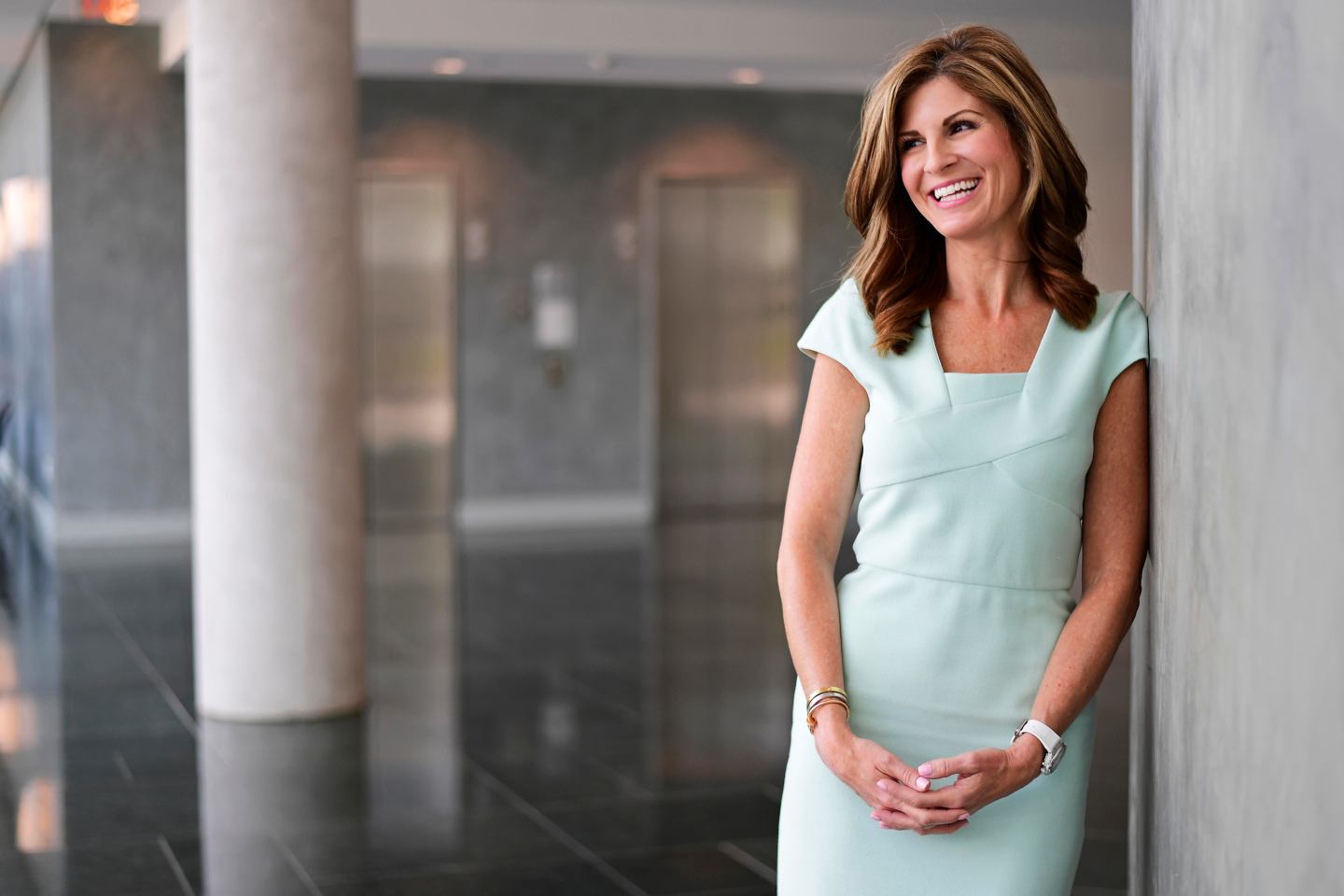 Jennifer Morgan, SAP President, Americas and Asia Pacific Japan Global Customer Operations, is shown in portrait Tuesday, Aug. 1, 2017 at SAP North America headquarters in Newtown Square, Pa. Morgan was recently appointed to the executive board this past winter and added Asia Pacific Japan to her resume in May. Morgan has been with the software company since 2004. (Corey Perrine for The Wall Street Journal)
Courtesy of SAP

New podcasts debut seemingly every day, but most seem to focus on true crime stories or analyzing the latest tech news. Jennifer Morgan, a president at business software company SAP, had a different idea.

She’s starting a podcast called A Call to Lead aimed at mid-career business people—the emerging leaders, she calls them—who are seeking guidance about moving up the corporate ladder and thriving in today’s complex environment.

Morgan, who debuted as a member of Fortune’s Most Powerful Women list in 2018, is tapping her wide network to bring in some famous guests, too. In the first batch of programs, each about 30 to 45 minutes long, she speaks with Jill Biden, as well as Harvard Business School Prof. Frances Frei, British author Simon Sinek, entrepreneur and Internet personality Gary Vaynerchuk, and CBS News host Bianna Golodryga.

The inspiration for the podcast came from an annual “women in leadership” event she helped develop at SAP’s big customer conference, Sapphire. “I started to feel like the topics and the speakers that we had were too important to limit the audience,” Morgan tells Fortune. “We wanted to take that and make that available to a broader audience in a really authentic way.”

She continued by saying that listeners should feel like they are “almost eavesdropping on a conversation that otherwise they would never be able to be part of.”

The first-ever American woman to sit on SAP’s executive board, Morgan is also known for investigating—and closing—SAP North America’s gender pay gap. A 2016 audit demonstrated the effectiveness of Morgan’s efforts. The results showed that more than 99% of its male and female employees in the U.S. were paid equally. Within the less than 1% that did not have pay parity, SAP said it “proactively” increased those employees’ compensation.

In Morgan’s podcast, many of the conversations focus on women making their way and succeeding. But each tells a story of a very different journey, she emphasizes. “Today, there is no profile that people have to conform to,” she says. The message to listeners should be that they can “create their own palette.”

Stacey Cunningham, president of the New York Stock Exchange and another member of Fortune’s MPW list, talks with Morgan in one episode about her time working as a chef. Harvard Prof. Frei discusses how persistent she had to be to get onto the faculty of one of the most prestigious university business schools (the fourth time was a charm).

The SAP (SAP) podcast isn’t the only one focused on business people. Morgan says she’s drawing inspiration from other podcasters, including some of her favorites like Kara Swisher’s Recode Decode, Oprah Winfrey’s Super Soul Conversations, and Adam Grant’s WorkLife.

(Update: This story was updated on January 28 to correct that Michelle Obama will not be a guest on the podcast.)