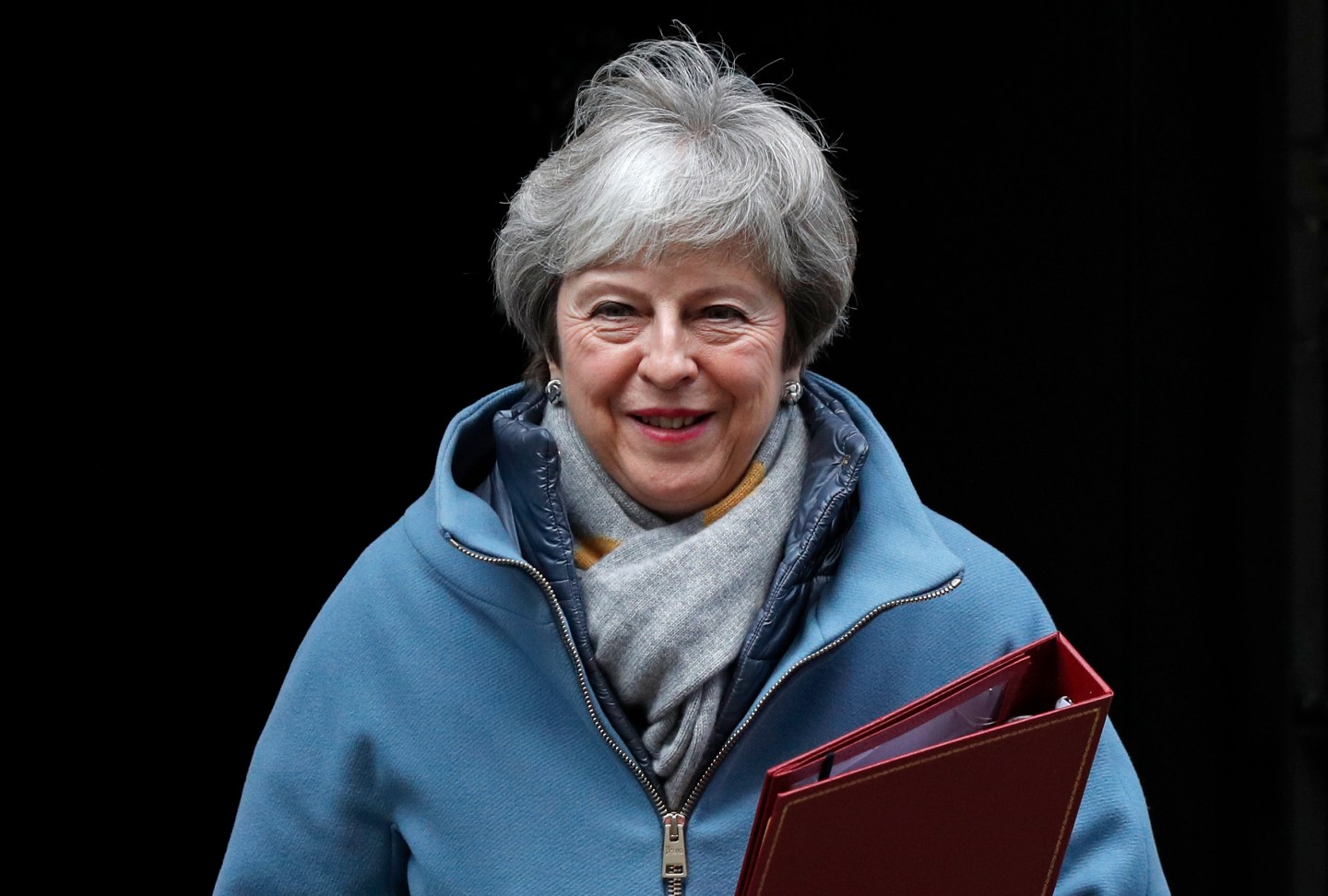 British Prime Minister Theresa May leaves 1o Downing Street to make a statement to the House of Commons in London on, on changes to her Brexit withdrawal agreement. - Despite the humiliating rejection of Prime Minister Theresa May's Brexit deal, Britain is no closer to knowing the end result of its vote to leave the European Union. ADRIAN DENNIS AFP/Getty Images
Adrian Dennis—AFP/Getty Images

Prime Minister Theresa May is backing a plan to ditch the most contentious part of her Brexit deal as she searches for a compromise all sides can support, with time running out before the U.K. leaves the European Union.

In a dramatic meeting on Monday, May effectively abandoned the agreement she’s spent the past 18 months negotiating with the EU and threw the weight of her government behind a move to re-write the deal.

May urged hundreds of Conservative politicians crammed into a meeting room inside Parliament to support the proposal, which would strip out the so-called backstop plan for the Irish border, wrecking a compromise she’s agreed to with the EU in the hope of securing one with her own party.

The move is intended to win over hardline Brexit backers and send a message to Brussels that the EU must change the deal if it wants to win approval in Parliament. It’s not clear if May’s euroskeptic colleagues will be persuaded, though they have so far refused to endorse the plan she’s now asking them to back.

If the House of Commons does not ratify a Brexit agreement — and it’s already rejected the existing deal once — the U.K. will tumble out of the bloc with no new trading terms in place on March 29.

That risks a recession, a hit to the pound and a crash in house prices, according to official analysis from the authorities in Britain.