The Spy Inside Your Car 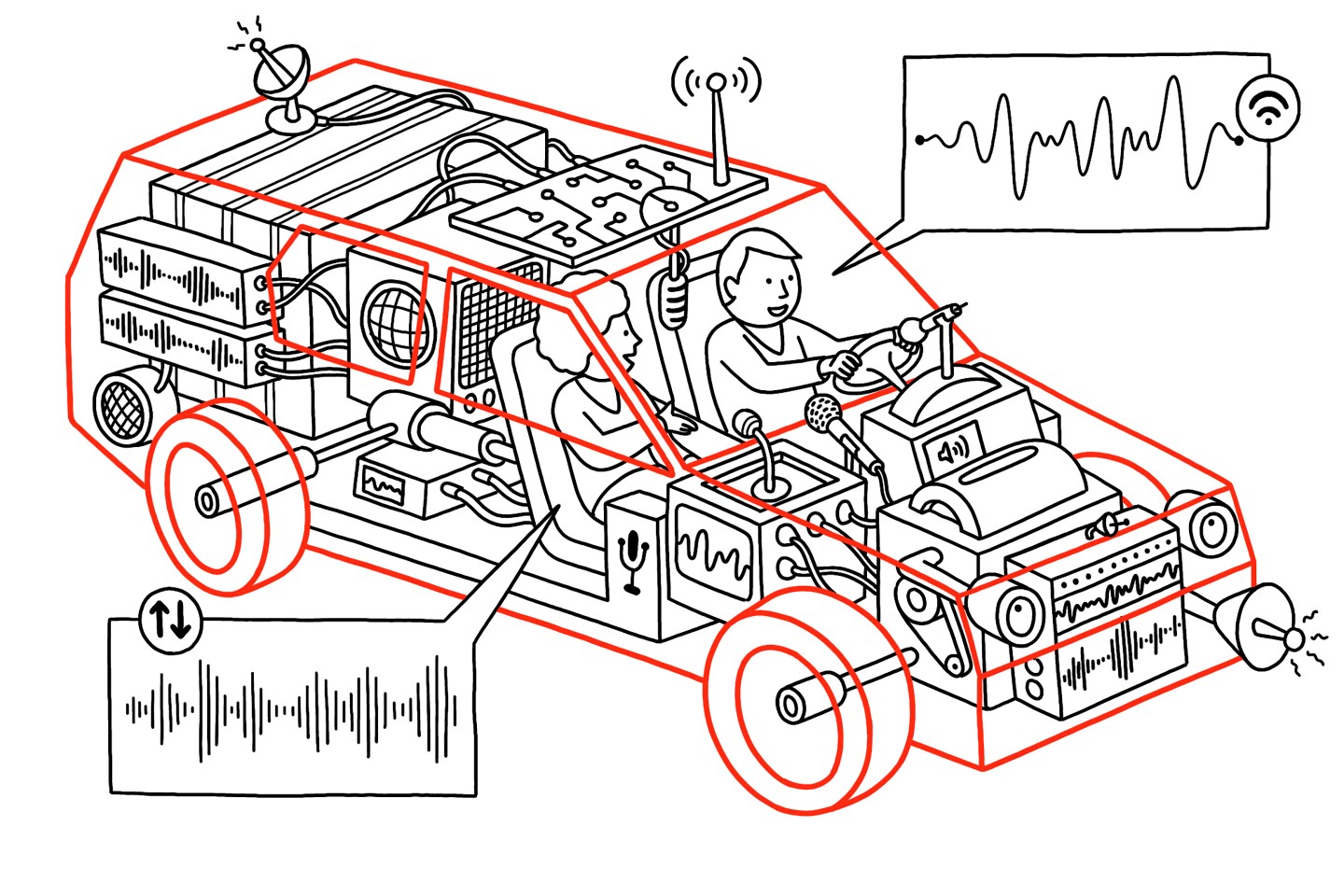 Inching down the freeway, a driver realizes she’s forgotten her weekend plans and asks her digital copilot to check her calendar. Within seconds, a voice emanates from the car’s speakers telling the driver that she has RSVP’d to a friend’s birthday party and then suggesting a gift—a Detroit Lions jersey.

The entire process ends less than two minutes after the driver asks the digital assistant to order the jersey. Meanwhile, the dialogue inside the car is sent to a distant data center, ready to be mined for ads pitching an NFL game, even though the driver dislikes football.

Once clunky and buggy, voice-recognition technology is improving and quickly spreading to the dashboard, allowing drivers to issue a wider range of commands using natural speech. Designed to keep drivers’ eyes on the road, “personal assistants” powered by artificial intelligence can perform a variety of functions, from managing calendars to placing Amazon Prime orders.

When synced with smart-home gadgets, the software can also turn up the thermostat, turn off the lights, and lock the doors from miles away. But if the benefits of bringing Amazon Alexa, Apple’s Siri, or Google Assistant into the car seem endless, so do concerns about privacy and how the information collected will be used.

“Consumers have good reasons to be concerned about the use of voice-recognition systems in cars,” says Christine Bannan, an attorney for the Electronic Privacy Information Center, a consumer advocacy group in Washington, D.C. “There is a false narrative that because consumers embrace new technology, that means they are indifferent about privacy.”

An estimated 120 million cars will be equipped with voice-recognition systems next year, up from 40 million in 2018, according to IHS Markit. Currently, most in-car systems are smartphone-based, but Amazon and Google are also developing embedded devices that can work in cars without being tethered to a phone.

“Apple CarPlay and Android Auto are available in even the cheapest models now,” says Ed Kim, a vice president at automotive research firm AutoPacific. “I would imagine that within five years, the vast majority of new vehicles will have some form of voice recognition.”

That means more drivers will have access to technology that alerts them to a sale at a nearby store—via an audio cue or an on-screen prompt—or ensures that their grande latte is ready when they swing by their local Starbucks.

But manufacturers, marketers, and other businesses may gain even more. Once artificial intelligence becomes better at understanding and interpreting speech across a range of dialects, accents, and colloquialisms, cars will be able to glean even deeper insight into drivers’ behavior and share that information with other companies.

While it may be convenient for cars to know your shopping habits and favorite places, that information can also be used to create targeted audio or visual ads, sell subscription services, or tip off third-party businesses. The more data that Amazon, Google, and Apple collect by placing their devices inside cars, the more opportunities they have to serve—or sell to—customers.

For now, automakers are gearing up to reap the rewards. Some manufacturers are forgoing technology from Amazon, Apple, and Google to install their own. Proprietary systems from Mercedes-Benz and BMW that are slated to debut this year will let manufacturers compete with the tech giants for driver data.

“In the coming years, the battleground will be over user data and the revenue made possible,” Kim says.

Although the devices are supposed to listen only when a “wake” phrase like “Hey, Alexa” is used, the process is not foolproof. Anecdotes from users worldwide range from amusing to horrifying. The most worrisome are incidents in which the devices accidentally record and send conversations to contacts in users’ phones, or inadvertently make large purchases. Amazon has begun taking measures to prevent unintended commands, including allowing customers to set a PIN for voice activated purchases and asking for confirmation before placing a call.

Currently automakers say they get cus­tomer permission before they use the individual data they collect for marketing or share it with third parties. Volvo said in a statement that its technology “takes full account of legal, security, and privacy obligations on a global scale” and complies with a European Union law that lets residents control how their personal data is shared.

An Amazon spokesman says that the company merely shares “anonymized, aggregated performance data to help automakers improve the customer experience” and that it doesn’t provide personally identifiable information to car companies or developers.

BMW shares the data it collects but says it doesn’t make money from it directly. “Let’s say the person is listening to certain music, and we know there’s a big concert,” says Dieter May, senior vice president of digital products for BMW. “Then we would probably give that to our salespeople to make an offer for a special ticket.”

But even as governments and corporations begin to address security questions, it’s unclear who will control the data that is collected.

“It’s the latest shiny thing in the car, and the one with the best speech recognition will win,” says Roger Lanctot, associate director for automotive at Strategy Analytics, a market research and consulting firm. “In our winner-take-all world, that win will be very lucrative.”

This article originally appeared in the February 2019 issue of Fortune.