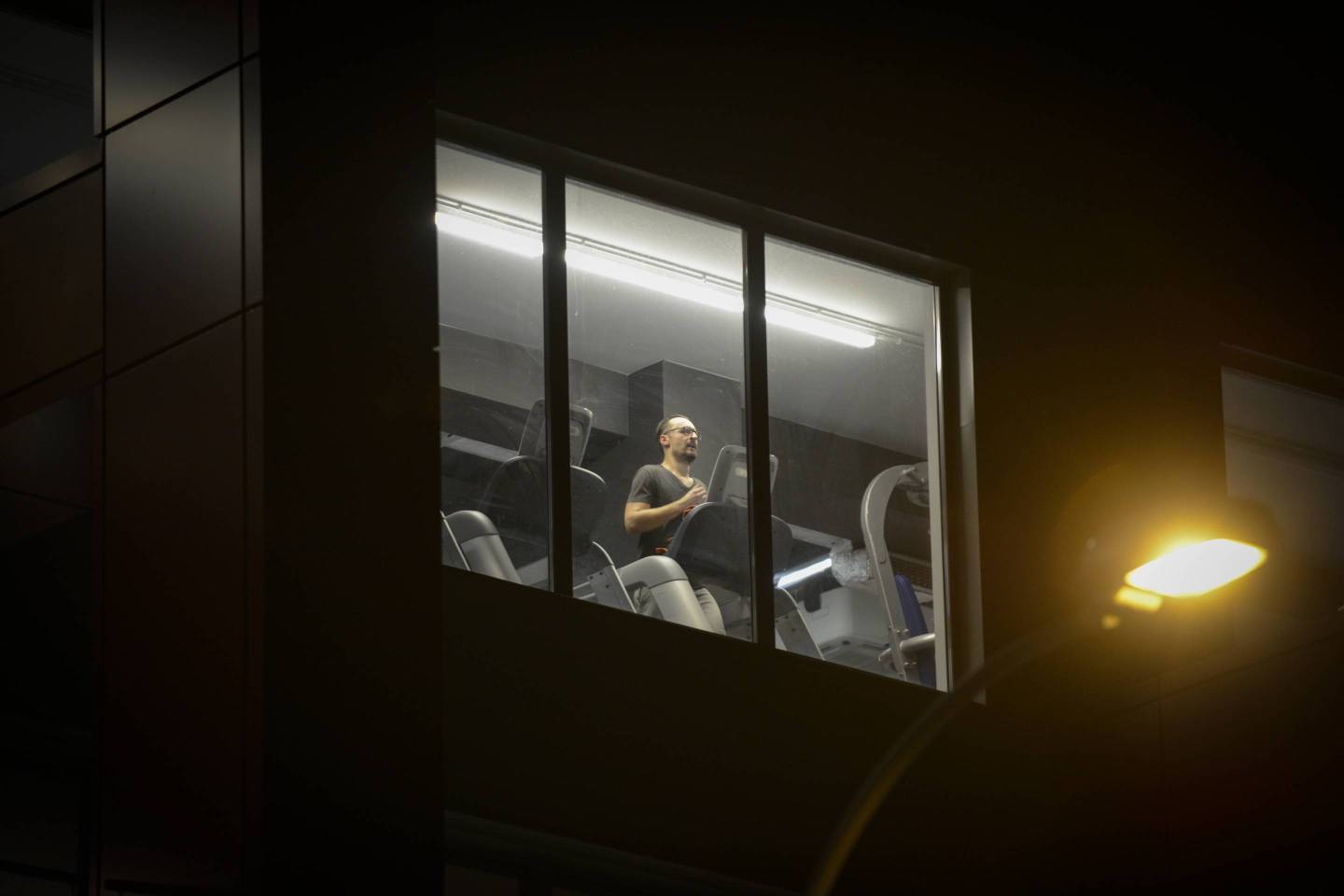 SportsArt, a 42-year-old Taiwanese athletic equipment maker, is trying to change that by selling exercise treadmills, ellipticals, and cycles that turn workouts into electricity, feeding it back into the building through an electrical socket. The company recently showcased the third generation of its treadmill to attendees of the International Consumer Electronics Show in Las Vegas.

“Think of a hamster wheel,” said Ruben Mejia, chief technology officer of SportsArt. “You’re the hamster and the treadmill is the wheel. As soon as you start turning that wheel, we’ve got a generator inside that starts producing power.”

Physical exertion is powered by combustion reactions—small cellular ones. As SportsArt writes in its patent filings, “it is a pity that the energy is not utilized.”

There is a problem of scale, however. The treadmill’s maximum output is 200 watts an hour. The average American uses about 28,000 watt-hours a day. The maximum treadmill workout, generating 200 watts for an hour, would save 2.4 cents, assuming an electricity cost of $0.12 a kilowatt-hour, plus the power that would have been used by a motorized machine.

The company’s bikes and elliptical trainers can move up to 250 watts. On the treadmill, a 147-pound person running roughly 8-minute, 20-second miles would put out only 24 watts every 30 minutes, or enough for 4 hours of wifi. A 176-pound person lightly jogging for 20 minutes could power a 60-watt lightbulb long enough to light the room while they’re working out.

Factoring in the electricity-use avoided, SportsArt’s “Eco-Powr” equipment with continual use could save almost $900 a year compared with other brands’ treadmills, according to Mejia. Units cost about $10,000 each, and are sold to gyms, assisted-living centers, universities and beyond. Consumer models are in the works.

Given the small size of the benefit, and a price that’s five times more than a traditional treadmill, why would a gym buy one of these? Being even a little green is increasingly a selling point all by itself, or so the thinking goes.

“There’s a lot of gyms that are going green and they’re going green in a variety of ways, whether it’s like zero waste or being a net zero property,” Mejia said.

Paul Crane owns Eco-Gym, a “sustainable gym” in Brighton, England, that uses SportsArt equipment. In the past, the facility reduced fees based in part on how much power members generate while working out. He said members “definitely feel motivated and committed to improving their own health and that of the planet.” Other clients include boutique gyms that can charge more for amenities like power-generating equipment, where it’s not about saving energy and more about making a statement.

Getting to the gym is difficult enough for busy, working people. Being able to measure one’s own power output may be the added mental incentive, or trigger, people need to get moving, even if it’s “just giving people a sense that they are burning energy and seeing some results,” said Dan Ariely, a psychology and behavioral economics professor at Duke University and an author.

Conventional treadmills have motors that put the belt in motion as soon as the workout begins. That costs electricity, as does the electronic workout display. The SportsArt treadmill has no motor. It’s powered initially by gravity. The workout begins when a brake on the belt is released. The unit is set at a 4-degree angle relative to the floor, just enough for the belt—which is really a mat composed of horizontal slats rolling on ball bearings to reduce friction—to slip backwards under the weight of the runner or walker. As feet pound forward, the belt spins rollers that capture the motion and convert it into electricity.

A micro-inverter, a device that regulates the flow of current, translates it into the form of electricity powering the house or building, and shoots it right back into the electrical socket. The modest additional power flows to whatever needs it first, nearby electronics that share the same outlet, or deeper into the building. For now at least, the current can’t flow through the circuit board, out of the structure, and onto the grid.

Since the machines generate the most energy during more intense workouts, the amount of calories burned doesn’t necessarily translate into power. Mejia said that while you can burn a lot of calories taking a three-hour stroll at three miles per hour, “you’re not going to be producing a lot of electricity.”