CES Could Be Weirder Than Ever This Year. Here Are 5 Reasons Why 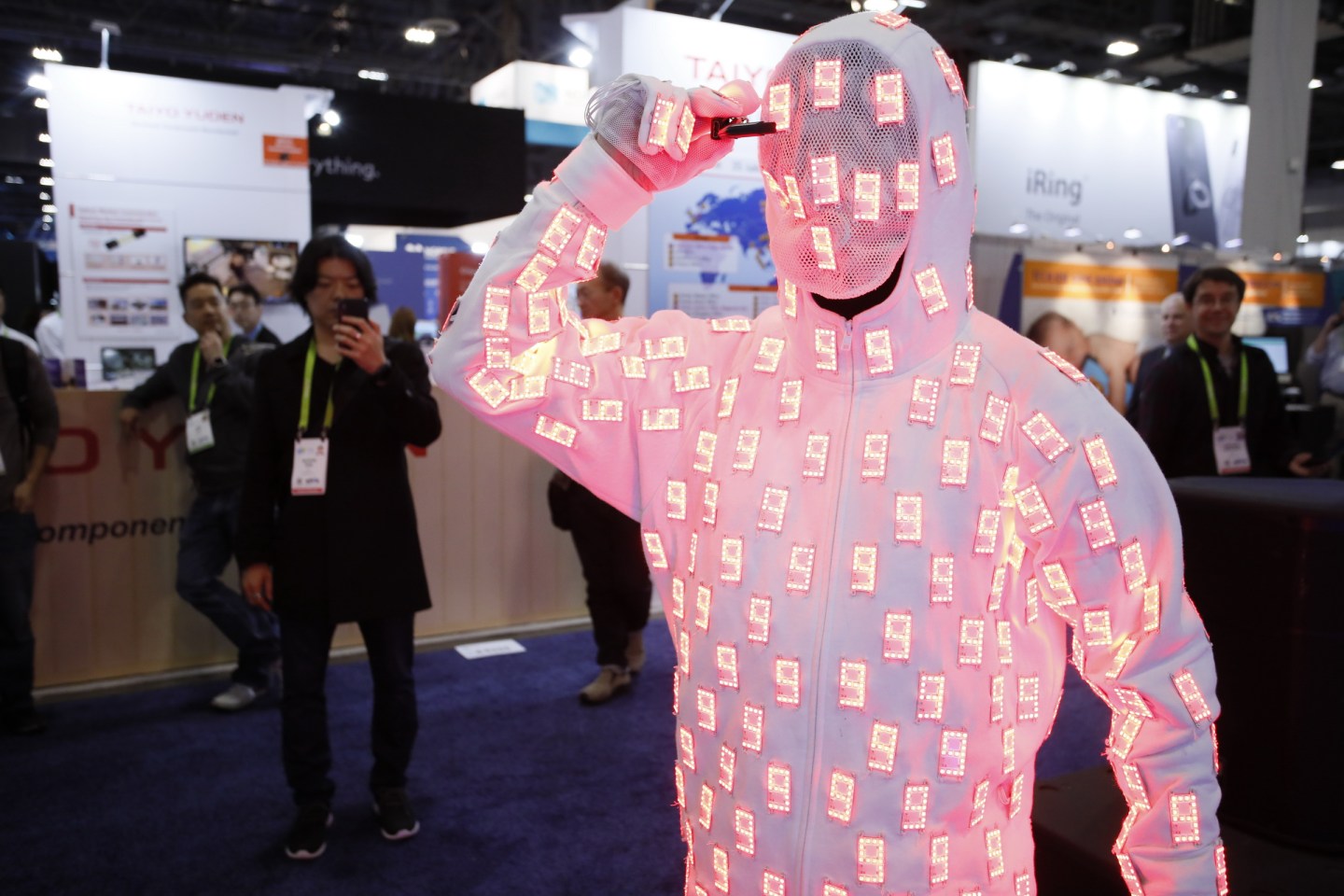 CES, the annual tech trade show in Las Vegas that starts Tuesday, has its share of quirky products or moments. In 2012, for instance, the iPotty, a toilet training device for kids that has an iPad attached to it, debuted. And in 2014, director Michael Bay walked off stage in the middle of a pitch about a 105-inch TV after a teleprompter malfunction.

They’re hard moments to top, but CES 2019 is making a strong showing to do so—even before it starts.

About a month-and-a-half or so before CES starts, the wave of pitch emails begins. In the days before the show, that wave becomes a tsunami. Marketing specialists try their best to get a product or event on a reporter’s radar in hopes of standing out from the crowd. Usually that’s done by succinctly showcasing what makes that product different and relevant. Or, perhaps, trying to lure the reporter to a pitch meeting under the guise of a breakfast or happy hour.

Sometimes, though, it just gets weird. Here are five of the strangest (or strangest pitches) we’ve received.

An Internet of Things Cat Toilet

Pet tech always has at least a limited presence at CES. And high-tech litter boxes aren’t unheard of. This year, though, a company called PurrSong is hoping to raise the bar with LavvieBot, an Internet-connected litter box.

It not only scoops up your feline’s waste and deodorizes itself, it will keep track of your cat’s weight changes and litter box use. And, yes, it says it will differentiate between multiple cats. If you’re that into your cat’s bathroom habits, the LavvieBot will be available starting in May on Indiegogo.

It’s not the only smart litter box at the show, by the way. The iKuddle litter box also monitors your cat’s health data and sends “smart alerts,” though it’s a bit less clear about what those alerts include.

Urine tests are legitimate medical tests that can help physicians diagnose serious health problems. But they’re not the sort of thing you expect to see at CES. Testcard, a London-based company, isn’t letting that stop it, though, and plans to show its innovations in the field.

The company has embedded the urine test kit onto a traditional postcard (though do your postal carrier a favor and don’t put this in the mailbox, okay?). Fold out the dipstick from the card, then use your smart phone as a “clinical grade scanner,” the company says. If it works as advertised, it’s another step forward in telemedicine.

In 2017, the Willow smart breast pump won a Best of CES award from tech news website Engadget and that opened the doors for an explosion of innovation in the field. It also led to more companies in the space trying to capture the media’s attention.

This year, Nurture by Imalac, is hoping to turn heads by having what it says is the “first ever live breast pumping event” at CES. Participating moms from the Southern Nevada Breastfeeding Coalition (SNBC) will be breast pumping live using the product. Is it a publicity stunt designed to turn heads or a genuine effort to eliminate the stigma of breastfeeding in public? You decide.

Wireless Charging … For When You’re On the Toilet?

In all fairness, we’re guessing the Humavox smart phone wireless charging system works all over your house, but when the pitch headline reads “charge and poop at the same damn time” it’s hard to think of anything else.

If you’re sitting at a desktop reading this, odds are you’re slumped over as you do so—and likely spend a good part of your day that way as you work. One of Samsung’s stranger offerings this year is the Girin Monitor Stand, which includes a sensor that tracks the user’s posture and adjusts itself automatically to ensure you’re sitting straight.

Whether it will ever see the light of retail is debatable, but anything that reduces the neck and shoulder strain of office life is worth exploring.