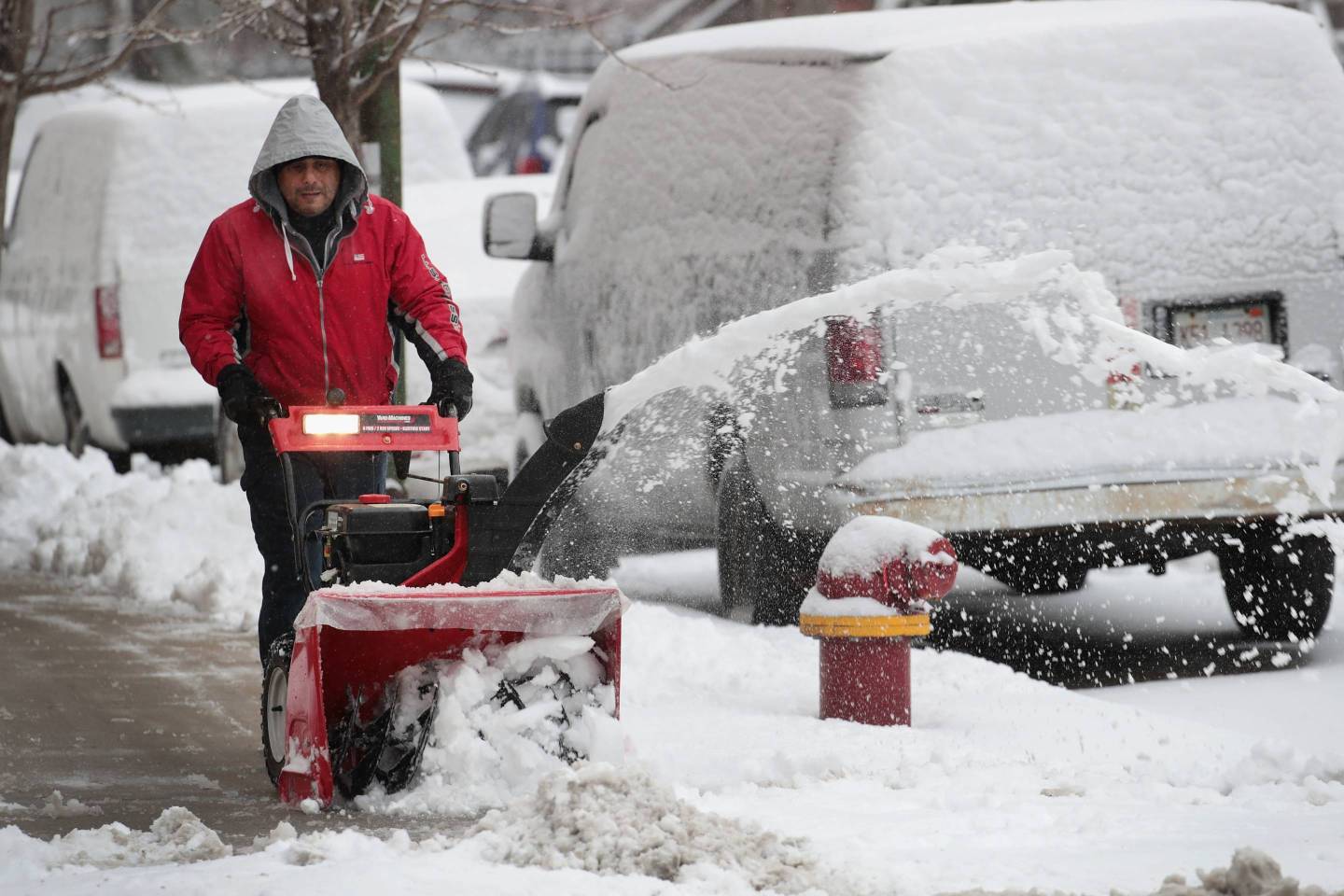 A split in the polar vortex could result in some pretty extreme winter temperatures, according to climate researchers. (Photo by Scott Olson/Getty Images)
Scott Olson—Getty Images

Climate researchers say changes in global weather patterns between the second half of January and into February could cause a disruption of the polar vortex, leading it to split into three pieces, which can cause severe winter weather.

The polar vortex, where cold air mixes with low pressure around both poles, tends to weaken during the summer months and strengthens in the winter, according to the National Weather Service. The polar vortex will often expand in the northern hemisphere during the winter months.

Presently, researchers say the possible shift in the vortex is the result of an unexpected warming of the air that could make the winter more severe. “In this case, it could split into three pieces, and those pieces would determine who gets hit the hardest,” Axios reported.

According to Judah Cohen, a climate researcher at Atmospheric and Environmental Research, if the vortex is disrupted, it “can affect the entire winter,” the Washington Post reported. Last year when the vortex split in March, a cold wave dubbed “the Beast from the East” hit Britain and Ireland with abnormally low temperatures and heavy snow, that lasted weeks. It also caused four Nor’easter winter storms across the East Coast of the U.S.

The 4 nor'easters of March 2018 and we were so close to having a fifth! More info: https://t.co/jXT9weSt4K pic.twitter.com/a4sEzMqcOu

In a tweet, Cohen noted that a disruption of the vortex could occur in the coming weeks, which could be “the single most important determinant of the weather this winter across the Northern Hemisphere.”