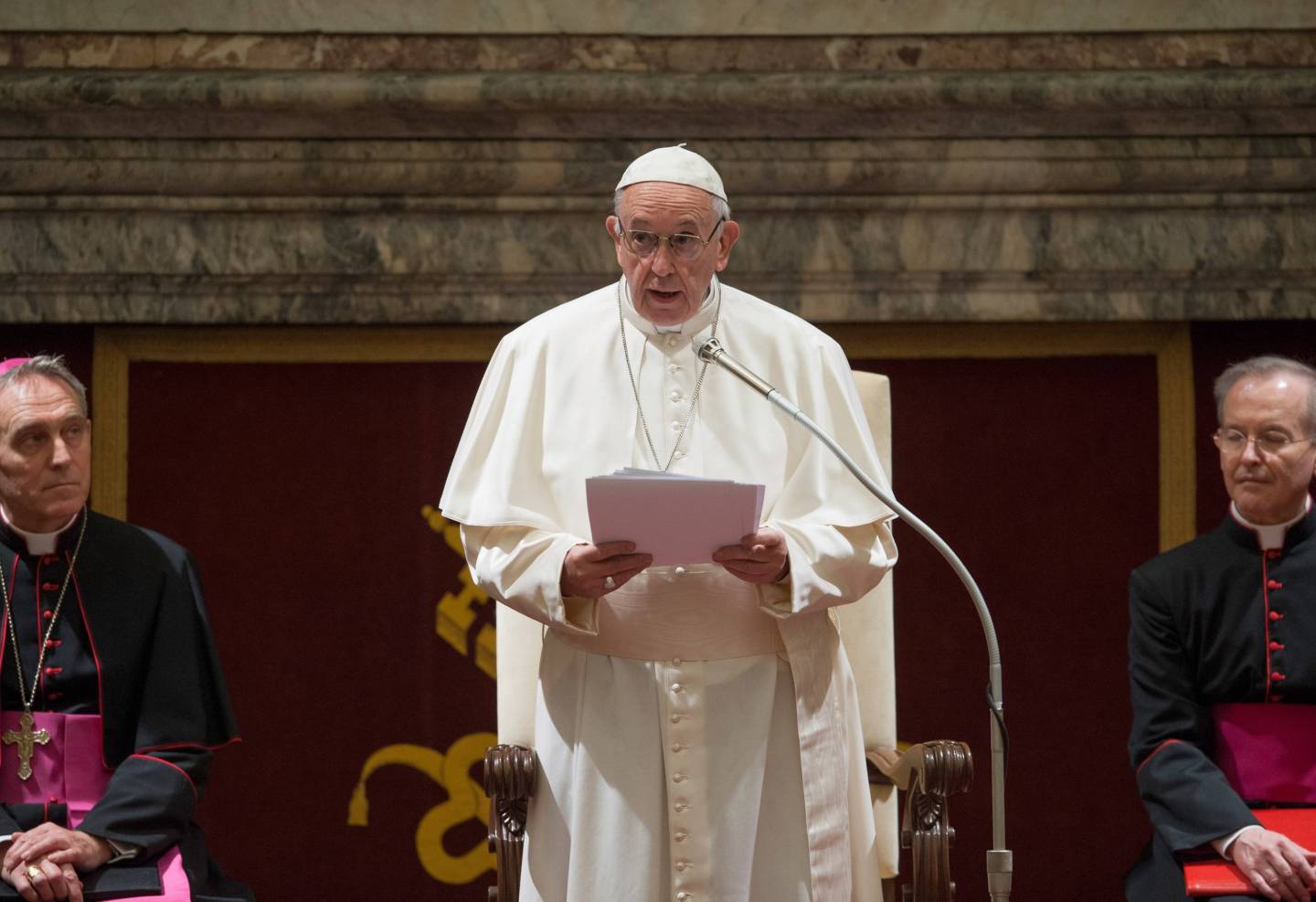 VATICAN CITY, VATICAN - DECEMBER 21: Pope Francis holds his speech as he exchanges Christmas greetings with the Roman curia at the Clementina Hall on December 21, 2018 in Vatican City, Vatican. In traditional Christmas greetings to the Roman Curia, Pope Francis lists the grave scandals afflicting the Church but says she will emerge from them purified and more beautiful. (Photo by Vatican Pool/Getty Images)
Vatican Pool/Getty Images

“Let it be clear that before these abominations the church will spare no effort to do all that is necessary to bring to justice whosoever has committed such crimes,” Francis said in his annual Christmas speech. Addressing the organization’s hierarchy, he said the decades-long scandal undermined the church’s authority among 1.2 billion Catholics.

The Pope urged victims to come forward and said that abusive clergy should turn themselves in.

The tone is far different from Chile in January, where Francis accused victims of slander when they named Bishop Juan Barros as having covered up sex abuse by Rev. Fernando Karadima, according to The Guardian.

The Vatican had in 2011 found Karadima guilty of sexually abusing minors and ordered him to a retirement of “prayer and penitence.” In September 2018, the Vatican defrocked Karadima. Francis had accepted resignations from three Chilean bishops back in June.

Rooting out problems likely will be difficult, even with all the public attention the scandals have received. For example, earlier this week, Illinois Attorney General Lisa Madigan said that the state’s Catholic Church failed to thoroughly investigate 500 clergy accused of abuse, even while having released the names of 185 officials decided were “credibly” charged.

And, according to the Los Angeles Times, the Archdiocese of Los Angeles knew for 13 years that local Bishop Alexander Salazar had been accused of sexual abuse at a parish. However, officials said nothing publicly until this week.