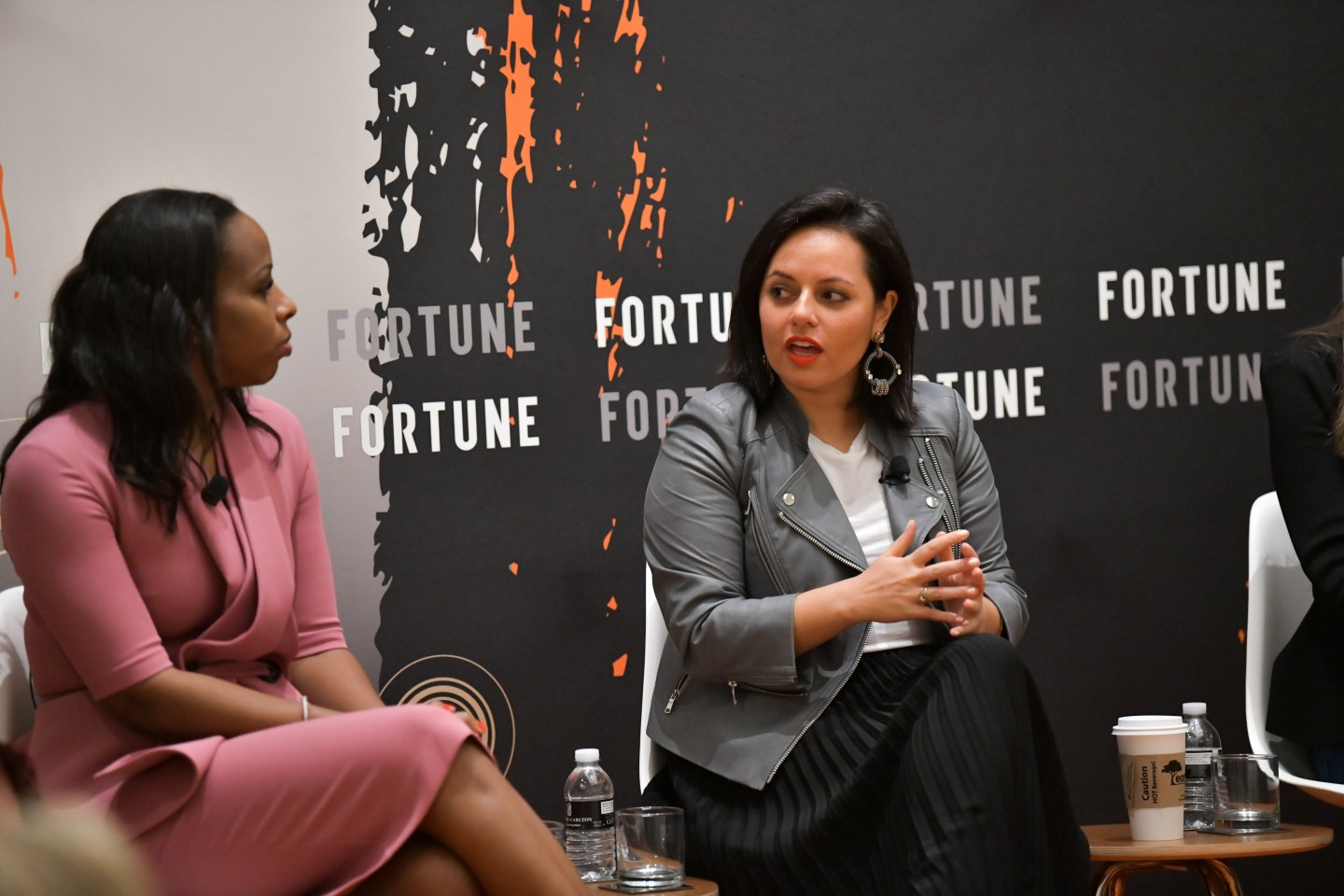 Calling all female investors: Even as women-run venture capital firms have sprung up over the past few years, there’s plenty of room for more, female VCs say.

That was the message last week during a panel of women investors at Fortune’s Most Powerful Women Next Gen Summit in Laguna Niguel, Calif.

“I think there’s room for 20, 40, 50 funds that are just for women,” said Nisha Dua, a general partner at BBG Ventures, a women-led firm that invests in startups with at least one female founder. (BBG stands for “built by girls.”)

Dua said she is often asked to explain how BBG differentiates itself from the handful of other women-focused funds that exist, a question she thinks would not apply to the plethora of male-run VC firms, which have historically invested mostly in startups run by men. “Would you have asked Sequoia how they’re different from Benchmark?” Dua questioned, referring to two of the leading Silicon Valley VCs, both of which have male founders.

Just 2% of venture capital funding went to female startup founders last year. But that could increase if more women were in charge of the investment decisions: “Data shows that a female partner is more likely to invest in a female founder,” Dua added.

Right now, though, women-run VC funds tend to be on the smaller side—with assets under $50 million or even $25 million, Dua said—limiting the amount of capital they can actually invest in female entrepreneurs.

“There just need to be more women-led funds,” said Margaret Chinwe Anadu, managing director and head of the urban investment group at Goldman Sachs. She thinks there’s an opportunity for “50, 60, 70” to eventually exist, she added. “We’re hoping for actual check sizes that are meaningful and larger and…we’ll start to move the needle.”

Still, the women said that the biggest obstacle for prospective female investors is just figuring out how to jump into the investment landscape. Linnea Roberts, founder and CEO of GingerBread Capital, said the most common question she gets from women interested in VC investing is, “How do I start?” (She published a blog post last month with tips on doing just that.)

Roberts admitted she was “worried about that, too,” in the beginning. “I just needed to start,” she said, suggesting that women begin by making individual investments from their own checkbook to learn the ropes of the venture capital world. “You don’t have to start a fund. You just have to get out there,” she added.