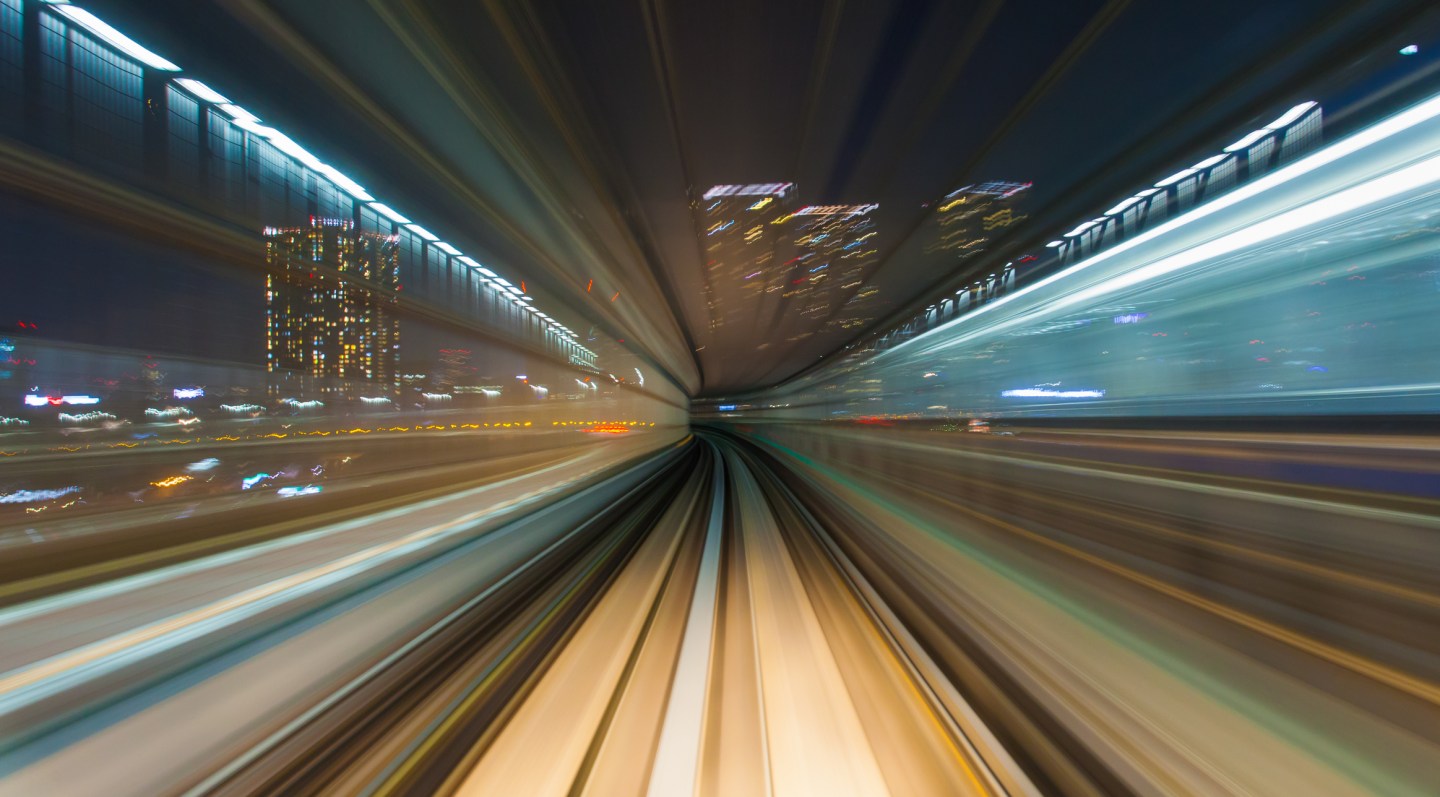 Ever since the advent of high-speed trains in Japan in 1964, countries have taken pride in touting their even-higher-speed trains. The record-holder for conventional rail was often France but now China runs the fastest regular service on its Beijing-Shanghai line at around 350 km/h (217 mph). The Shanghai magnetic levitation train reaches 431 km/h (268 mph).

Now East Japan Railway has unveiled a prototype that rivals its contenders for both speed and style, with a target operating speed of 360 km/h (224 mph). It’s intended to offer faster stopping, too. The so-called ALFA-X actually consists of two versions with especially pointy noses 16 and 22 meters long (52 and 72 feet). The company’s existing shinkansen, or bullet trains, have 15-meter noses. These pointier ones will help deflect air more smoothly as the train enters tunnels, for example.

The company will also be testing its braking and safety systems, the Japan Times reports. While trains need to be able to slow down and stop for any number of reasons, Japan is subject to earthquakes and has pioneered early-warning systems that shut down trains and prevent derailment.

China has also begun to experiment with other applications of high-speed trains, many of which run on dedicated lines. Earlier this month it announced approval for its first underwater high-speed train. The longest such existing tunnel is the Channel Tunnel linking Britain and France, but China has plans for longer possible tunnels.