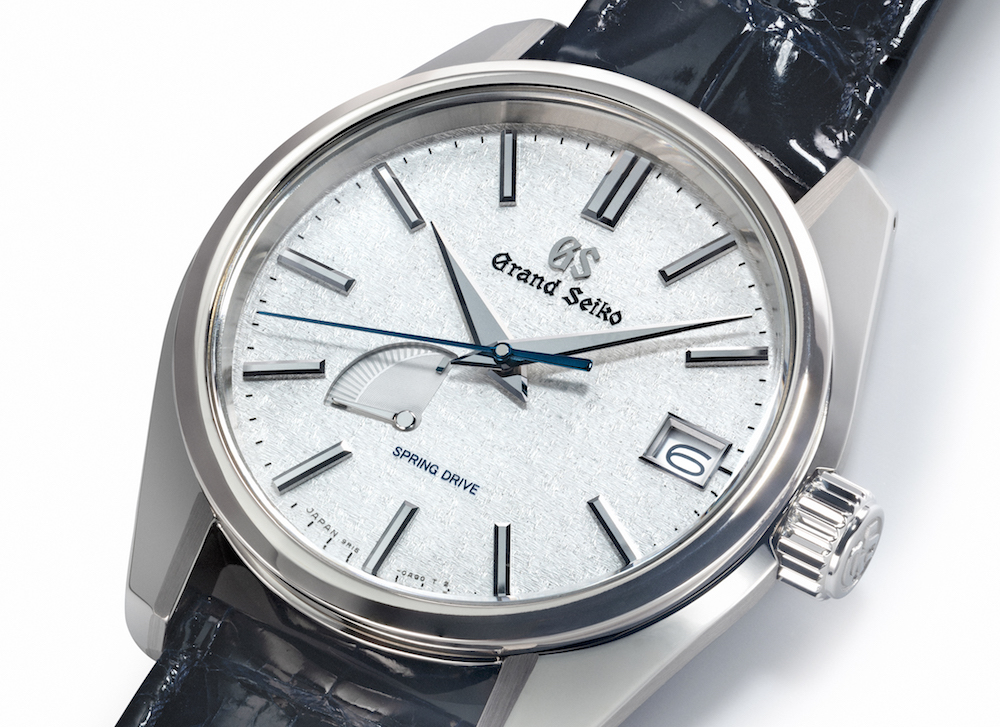 Among the savviest clutch of watch aficionados, Grand Seiko has earned cult status. It’s a brand coveted for its handmade craftsmanship, innovative technology, and graceful interpretation of Japanese culture distilled on the wrist. However, for much of its existence few outside this devoted following have been familiar with Seiko’s high-end, luxury line. That’s because since its debut nearly 60 years ago, Grand Seiko has been manufactured in Japan by-and-large for Japanese consumption.

In a nod to the growth in luxury in general and mechanical timepieces in particular, in October, Seiko announced it was spinning off Grand Seiko as an independent brand. While Grand Seiko became available globally in 2010, this move signaled the company’s intention to make a major play for a largely unrealized slice of the U.S. top-end market. “We have lots of room to grow,” explains Akio Naito, the company’s former CFO, and recently installed chairman and CEO of the U.S. subsidiary, ticking off the math he notes that one year ago 90% of Grand Seiko sales were in Japan, now 20% comes from export markets.

Seiko’s timing is well, impeccable. While interest in luxury timepieces has grown appreciably, in recent years there’s been a noticeable shift away from established Swiss brands. According to the Federation of the Swiss Watch Industry, global exports in September fell 6.9% to $1.69 billion 1.7 billion CHF) from the same time last year – their first monthly tumble since April 2017. At the same time, enthusiasts, always on the hunt for the rare and exclusive have increasingly looked for alternatives to the big legacy brands. Grand Seiko, with its distinctive architecture, proprietary “Spring Drive” movements, and being one of the only vertically integrated mechanical watches that produces its components and movements in-house, hits a sweet spot.

Robert Weintraub, manager of Manfredi, a high-end jeweler and watch dealer in Greenwich, Connecticut, says Grand Seiko “ticks a lot of boxes,” with its classic style, precision, and beauty. “There’s nothing out there that looks like this and the quality is there,” he says. “It’s one thing to see it, but once someone feel the quality in hand, people are won over by it.” What’s more, with prices ranging between $2,200 and $53,000 Weintraub says the Grand Seiko also provides terrific value.

John Reardon, head of watches at Christie’s, concurs. “It’s all about the bottom line of functionality. They are simplistic in appearance but so beautiful in their aesthetic. It’s one of the best watches out there today.”

Seiko first began making mechanical pocket watches in 1895. In 1960, the company launched Grand Seiko as the official timekeeper of the Tokyo Olympics. Nine year’s later the company introduced the Astron, the world’s first quartz watch that famously nearly brought the Swiss mechanical watch industry to extinction. In the intervening years, Seiko largely focused on quartz timepieces, fashioning its business model on volume and the mass market.

Then eight years ago, Seiko found that many fashion brands were cutting into its dominance in the mid-price ($500 and under) range. In 2015, Apple joined the fray. “Our market was shrinking,” says Naito. “The decision was made to push high-end.”

But most consumers knew Seiko to be the reliable watch purchased not on Fifth Avenue or Rodeo Drive but at Kohl’s or Macy’s. “We had a major perception problem,” says Naito, who was tasked with building Seiko’s luxury segment in the U.S. His first hurdle was expanding distribution into higher end retail channels.

It helped when, last fall, Grand Seiko launched an e-tail partnership with the horological tastemaker, Hodinkee, becoming one of a select group of brands sold on the influential watch site’s e-commerce platform. “I think that Seiko, and Grand Seiko had a soft spot in collector’s circles,” says Enerui Acosta, Hodinkee’s COO. “When you look at the Hodinkee collector they are astute collectors who want to go outside of the status quo and try new brands,” adding that Grand Seiko is one of Hodinkee’s top three sellers for new watches.

Last year, the brand made a strategic, dial change, removing “Seiko” from the 12 o’clock position and replacing it with “GS” that had been set at 6 o’clock. Naito says it made a huge difference. Grand Seiko is now being sold alongside such venerable names as Patek Philippe and Audemars Piguet, at a number of high-end retailers including London Jewelers and soon, Watches of Switzerland. And the discontinued original dials are starting to become collector’s items. As Naito has shuttered some of its lower end partners, they’ve also begun opening boutiques in Beverly Hills, Manhattan, and Miami among other U.S. cities. “We are paying attention to the quality of each individual retail partner,” he says.

Internally, Naito, who has law degree from Columbia University, cleaned house too. Finding it difficult to change decades of internal culture entrenched in a mass-market business model, he brought in executives from outside luxury firms and Swiss watch houses such as former head of U.S. retail at Omega, Brice Le Troadec, as executive vice president and John Pistner as senior vice president, Sales, who did previous stints at Gucci, Bulova, and Movado.

Elevating Grand Seiko’s profile and showcasing its ability to produce luxury watches, in November, Seiko Corporation of America introduced limited edition pieces, exclusive to the U.S. The watches, available in pink gold, platinum and stainless steel are inspired by a Japanese painting technique called kira-zuri, or “sparkling painting,” used in ukiyo-e paintings and range in price from $6,800 to $53,000. At a celebratory dinner in New York in which an event space was transformed to reflect the changing seasons of Japan, Shinji Hattori, Seiko’s CEO and the great- grandson of its founder Kintaro Hattori, sang New York, New York accompanied by a jazz band.

So far it appears, the pivot to luxury is paying off. Says Naito: “All of these top retailers are now interested in Grand Seiko. It’s not just us knocking on the doors, but now they are coming to us.”