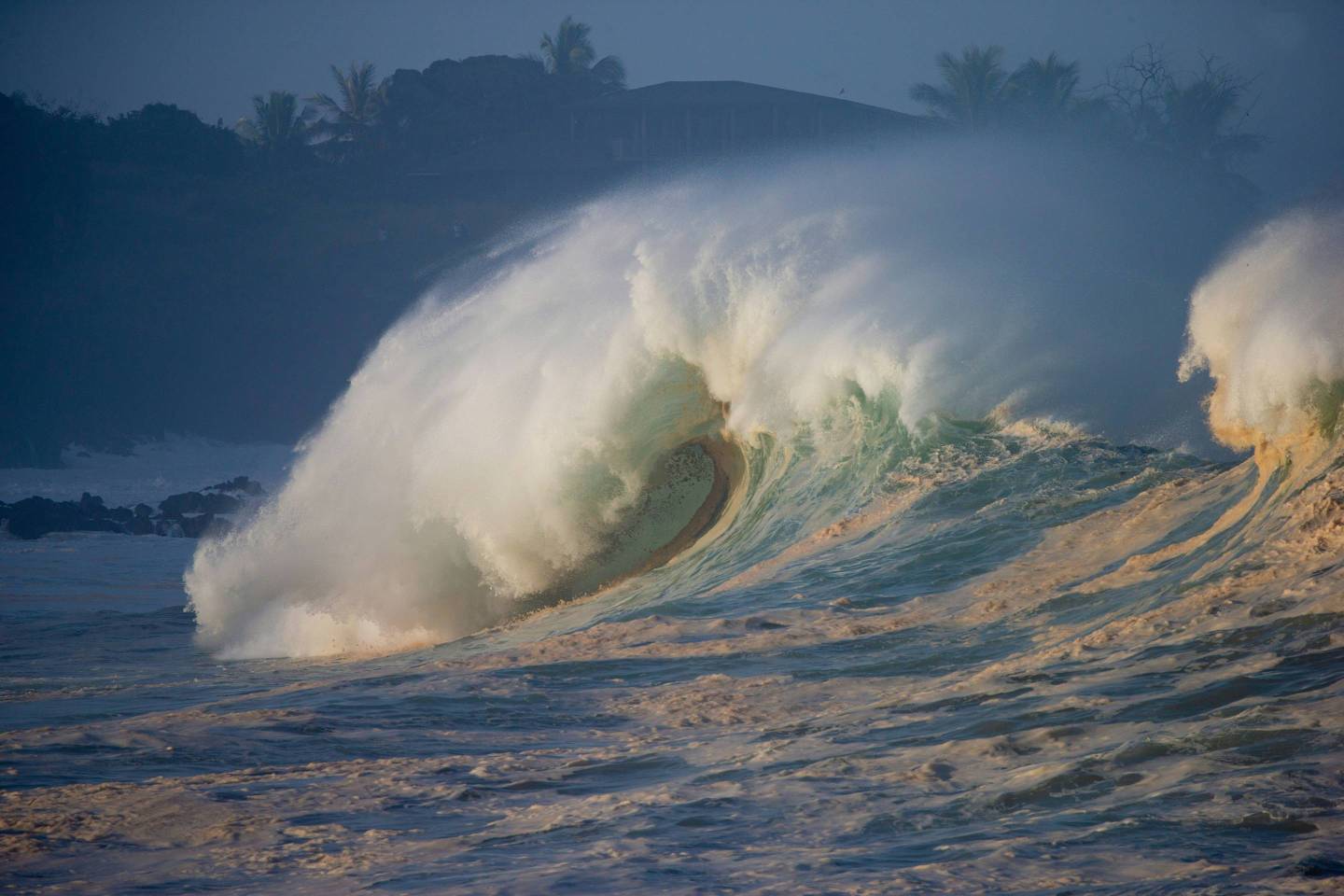 Akemi Shimomura is a serial beauty entrepreneur whose Tokyo-based Miss Paris Group employs more than a thousand people. Along with her women’s salons and a men’s beauty chain, Dandy House, she has locations in Japan, China, and Singapore.

Two years after founding the Miss Paris chain of vocational beauty schools in 2008, Shimomura decided it was time to buy a vacation house. She chose a roughly 8,000-square-foot home on an acre of land that sits between a fishpond and the Paiko Lagoon, about a 20-minute drive from downtown Honolulu on the Hawaiian island of Oahu.

The home was built in 1964 by the architect Vladimir Ossipoff, who became a go-to in Hawaii for clean, glassy, open-concept midcentury modernism. “Ossipoff didn’t want his clients to use air conditioning,” says one of the house’s listing agents, Christina Nishiyama of Engel & Völkers Honolulu. “He designed the house so that it could get the mountain breezes in every room.”

Before Shimomura bought it in 2010, the house had briefly been owned by a family who initiated a cosmetic restoration, updating the appliances and finishes but keeping the floor plan.

She purchased the house for $7 million, according to Zillow, and began to use it as a vacation home, commuting from Japan “every other month or three,” Nishiyama says.

Since the house was more or less in move-in condition when she bought it, Shimomura turned her attention to the exterior, spending what Nishiyama says was several hundred thousand dollars on tiling the pool, irrigating the lawns, and installing a Jacuzzi. But the property proved too large for her, Nishiyama says, so Shimomura put the house on the market in 2016 for $20 million, according to Zillow.

After several price reductions she took it off the market until last month, when she relisted with Engel & Völkers Honolulu for $14.88 million.

“Just because of where the price point is, it will take some time to find the right buyer,” Nishiyama says. “But it has a lot of international attention—it’s not just the size of the lot, but it’s really the house that captures people’s attention.”

The property is accessed through two gates; the first allows visitors to enter the gated community of five houses, while the second provides entry to the house itself. Guests pull up to a fountain in the center of a circular driveway and enter the house via a set of large double doors.

The first thing anyone will see—it’s hard to miss—is an indoor waterfall and pond, which connects to a pond just outside the house. The water runs underneath a door, which can be rolled up to the ceiling or sealed off, depending on the weather.

The main house, which measures about 5,300 square feet, has three bedrooms and three bathrooms, along with a dining area that overlooks the indoor water feature and the lagoon beyond. Huge sections of the open-plan living room open up to the outdoors.

There’s also a guesthouse connected to the main dwelling, which has another en suite bedroom and living area. The bedroom of the guesthouse opens up directly onto the water. A maid’s suite, which is connected to the garage, gives the house a total of five beds and six baths.

Although the property is ostensibly surrounded by other homes—from the pool you can see dwellings on the thin peninsula that separates the lagoon from the ocean—the house is very private thanks to environmental restrictions.

“The pond is fed by a freshwater spring, and it’s protected,” says Nishiyama. “The lagoon is a wildlife sanctuary for endangered species of fish, shellfish, and shorebirds, which means you won’t have people coming up on boats anywhere near your property.”

Shimomura managed to mix business with pleasure, bringing work colleagues to the house for company retreats and occasionally coming to the property with students she was mentoring. And even though she’s trying to sell the property, Shimomura won’t be far away. “It’s a magical place for her, and she didn’t want to move away,” Nishiyama says. “So she’s bought the house next door.”