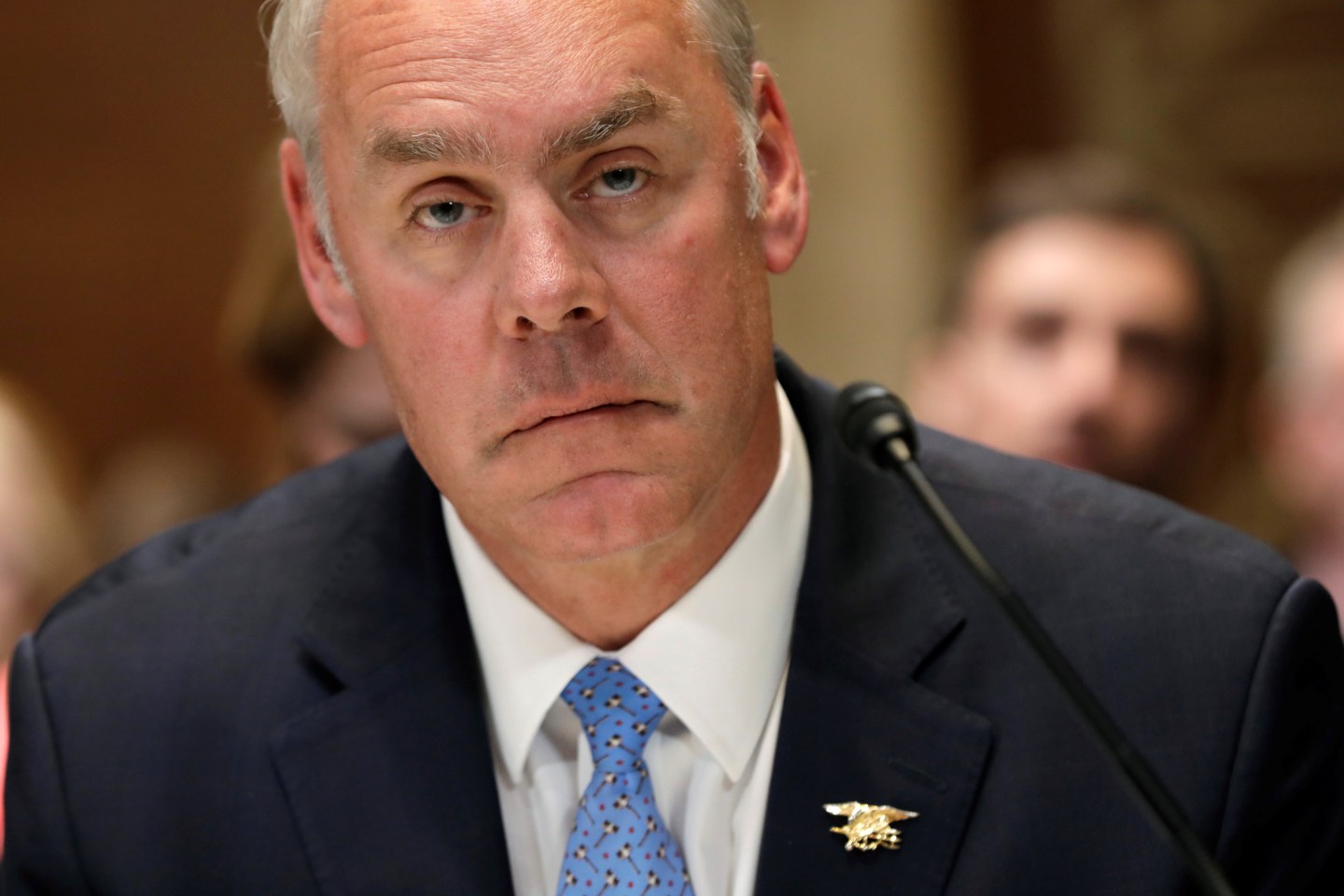 Rebutting an op-ed calling for his resignation due to a slew of “ethical and managerial failings” and “well-documented scandals,” Interior Secretary Ryan Zinke hit back on social media by accusing the Democratic Congressman who wrote the article of being drunk and guilty of using tax dollars to cover up intoxicated misconduct.

“It’s hard for him to think straight from the bottom of the bottle,” Zinke tweeted about Arizona Rep. Raúl Grijalva, who is also the leading Democrat on the House Natural Resources Committee. The tweet concluded with the suggestion that Grijalva should resign “and pay back the taxpayer for the hush money and the tens of thousands of dollars he forced my department to spend investigating unfounded allegations.”

Since his appointment last year, Zinke has been investigated for using tax payers money to take private planes (the Washington Post writes he took a $12,375 four-hour flight that would have cost $300 on a commercial airline) and for reassigning minority employees. In fact, Zinke told his employees last March that he didn’t focus on diversity because he doesn’t “think that’s important anymore.”

Zinke’s hashtag #TuneInnForMore isn’t a typo, but rather a reference to a D.C. bar frequented by Grijalva and other Democratic leadership.

A HuffPost article chronicling how lawmakers celebrated passing healthcare reform 2011 wrote that during the long battle over the ACA, “Grijalva [was] a regular. So much so that for weeks, a cartoon caricature of him hung on a wall by the front door: a shirtless Grijalva, at the beach, admiring a sandcastle he has built with Lynn Woolsey and Debbie Wasserman Schultz.”

“The American people know who I’m here to serve, and they know in whose interests I’m acting. They don’t know the same about Secretary Zinke,” Grijalva said in a statement emailed to Fortune in response to Zinke.

Following Zinke’s response, Grijalva tweeted that Zinke was trying to distract serious allegations against him by personally attacking others.

The allegations against Secretary Zinke are credible and serious. Instead of addressing the substantive issues raised in this morning’s op-ed, he's resorting to personal attacks. https://t.co/QRiVPAjxPv

Zinke’s comments raised the eyebrows of some political reporters, who also pointed out that Grijalva will soon have the power to subpoena and oversight power.

Note: Grijalva is about to have subpoena power and chair the committee with oversight of the Department of the Interior. https://t.co/vWetwR7V2T

While this kind of attack from a public official may have once seemed out of place, personal insults are now a regular part of the news cycle.