Ryan Zinke, Theodore Roosevelt, and the Racist History of Conservation in the U.S. 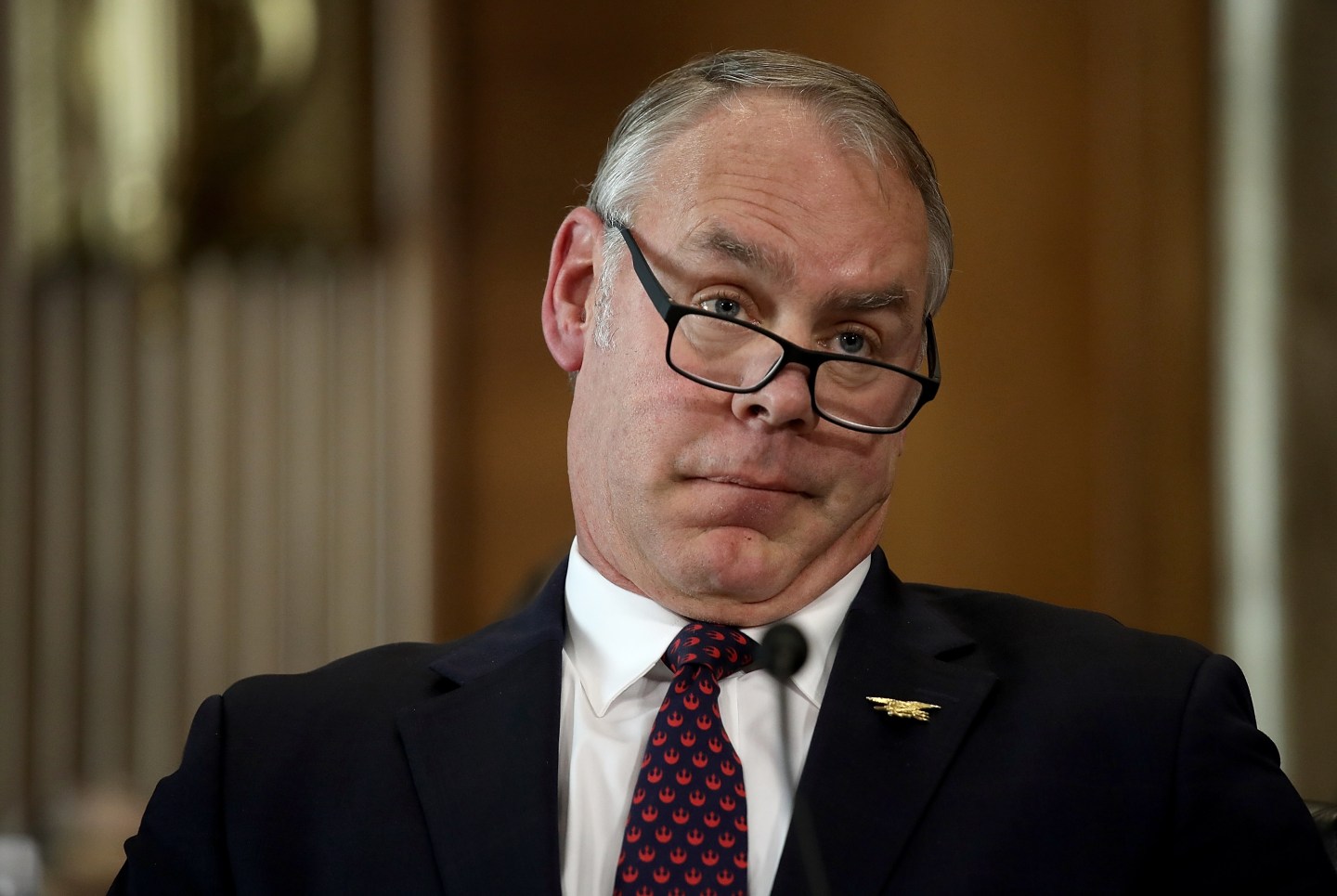 Zinke, who may or may not be able to rig a fly-rod, told his employees yesterday that he wasn’t focused on diversity, didn’t care about it, and that he doesn’t “think that’s important anymore.” In addition to being under investigation for his tax-payer funded travel on private planes, he is also being investigated for some minority employee reassignments that have triggered official complaints.

It’s becoming clear that history isn’t his thing either.

When Rep. Colleen Hanabusa (D-Hawaii), asked whether he would continue a National Park Service program that funds research and maintains sites related to Japanese internment during World War II, Zinke failed to answer her question. Instead, he chirped, “Oh, konnichiwa!” After a painful pause, Hanabusa corrected him. “I think it’s still ‘ohayo gozaimasu,’ but that’s okay,” she said, using the phrase for “good morning,” instead of “good afternoon.” The sites in question once imprisoned some 120,000 people of Japanese descent, including two of her grandfathers. Hanabusa is a fourth-generation American of Japanese descent.

“My colleague asked Sec. Zinke a serious question about gov’t funding and received the response “Konnichiwa,” tweeted Rep. Grace Meng (D-NY). “This blatantly insensitive remark by @secretaryzinke is uncalled for and is not behavior that a cabinet secretary should exhibit.”

If Zinke decided to think more seriously about diversity, he’d have a lot of work to do. The National Park Service turned 100 in 2016, which triggered a spate of necessary soul-searching about how to address its racist legacy; built on plundered Native lands, it was created at the urging of a now-forgotten conservationist, zoologist and white supremacist named Madison Grant. He did some good things: If you like the Bronx Zoo, you can thank Grant.

But he is most famous for a popular book called The Passing of The Great Race, a breathtakingly racist treatise that was immensely popular when it was published in 1916, and armed generations of white leaders with enough pseudoscience to justify segregation, eugenics, race war, workplace discrimination and the violent oppression of “inferior” races.

The Yale and Columbia educated Grant traveled in high-tone circles and his flattering notions of “Nordic” superiority was lapped up by his allies in the Manhattan aristocracy, including the future president Teddy Roosevelt.

Jedidiah Purdy, writing in The New Yorker, explains how racism and conservationism intermingled:

Grant’s fellow conservationists supported his racist activism. Roosevelt wrote Grant a letter praising “The Passing of the Great Race,” which appeared as a blurb on later editions, calling it “a capital book; in purpose, in vision, in grasp of the facts our people most need to realize.” Henry Fairfield Osborn, who headed the New York Zoological Society and the board of trustees of the American Museum of Natural History (and, as a member of the U.S. Geological Survey, named the Tyrannosaurus rex and the Velociraptor), wrote a foreword to the book. Osborn argued that “conservation of that race which has given us the true spirit of Americanism is not a matter either of racial pride or of racial prejudice; it is a matter of love of country.”

Love of country, indeed. While Zinke opts not to address issues of diversity either in his day job or as part of the history of the organization he runs, he inadvertently joins a long line of powerful men who cannot see the forest for the trees.