The Key to Taco Bell’s Tone? ‘We Think of Ourselves As an Underdog’ 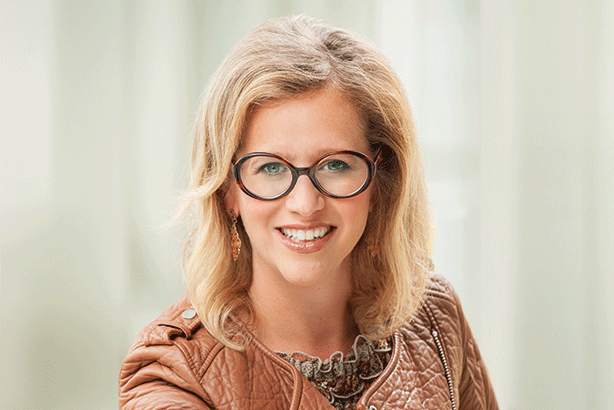 That Taco Bell, the popular Tex-Mex food chain, sounds and feels different than its quick-serve restaurant peers is no accident. The chain is playful—silly, even—and always self-aware.

Driving that strategy is Marisa Thalberg, global chief brand officer for the company. Fortune caught up with the executive earlier this month to discuss the ins and outs of Taco Bell’s voice and explain why someone might want to get married in one of its stores. (Yes, really.)

Fortune: Before joining Taco Bell in southern California, you were a marketing executive at Estée Lauder in New York. That’s quite a change, on several levels.

Thalberg: Yes, it is. I joined the company about three and a half years ago from a completely different industry, luxury beauty. Brands sit in an interesting place in culture. At Taco Bell, there was a lot of opportunity to take it and play with it and make it bigger, brighter, and more vibrant than it already was.

At Taco Bell, everything is incredibly creative, crave-able, and affordable. I love this idea that we create access to food people want, not just what they can afford. And I love not feeling particularly wedded to any industry’s playbook. As a marketer, I’ve really gravitated to brands and businesses that have a certain cachet in people’s hearts and minds. After eight years at Estée Lauder Companies, I was ready for a change. Taco Bell and I made a bet on each other.

Surely there are similarities, though.

In some ways, we’re the fast fashion of food. We have an incredible product calendar, an incredible pipeline of ideas. You go from imagination to commercializing it to be made in close to 7,000 restaurants. We’re always innovating and bringing out limited products that create excitement for consumers and employees. But certain things are not up for negotiation. We have to be safe, fast, convenient, with incredible value. Cheap food is not hard to find, but food with taste, flavor, gratification—that’s what makes Taco Bell unique as an accessible food concept.

You’ve got your hands on the wheel of an already-buzzy brand. Where do you focus your effort?

The brand has a salience in culture. It has a past. We’ve been blowing a lot of wind on that to allow this big brand to feel more indie, more cult, more “in it” with fans. That’s really important as consumers look to brands for connection and trust. We may have the scale of a big brand, but we never think of ourselves in that way. We think of ourselves as an underdog and a challenger.

What delights me is being able to take the brand to places that no one really saw coming and having it make sense—completely surprising and whimsical, but makes sense. For example, we opened what could be considered our flagship location on the Las Vegas Strip—our Cantina concept, which serves alcohol. This is Vegas, so we asked: What about weddings? We already had enough real behavior of people going to Taco Bell on their wedding day. And you know what? We’ve had more than 100 weddings at that location.

We’re not just living culture, but creating it. There’s a little bit of intelligence with the wit. It’s really important that you know your place in the universe.

Marketers are drowning in software and tools promising better relationships with customers. What’s your take?

Well, I was really early in digital. If you think about what e-commerce is solving for—speed and convenience—quick-service restaurants already have that baked into the process. In a funny way, this industry I’m in has been on the later end of adoption of e-commerce and delivery. Thanks to our parent company Yum! Brands, we have a deal with GrubHub, and we’ve been working with mobile delivery and ordering to make that possible. But you’ve got to make sure you deliver up-to-date access points. How do you make the experience uniquely yours?

We’re piloting something called Party by Taco Bell. It’s a natural evolution of the Taco Bell wedding. How do we transfer that to select stores across the nation? We’ve created special-edition party supplies that you can order. We’re thinking of Taco Bell as more of a fast-food destination, a lifestyle. We’re doing this in 10 stores to start. We have an online reservation system. You can book a store, decide what the menu will be, and order party supplies that have an absolute charm and whimsy. Party hosts will have a whole new place to throw their parties.

You and I crossed paths at the Worldz Summit in Los Angeles in October. Fortune was there to reveal its Future 50 list of companies best positioned for breakout growth. What brought Taco Bell?

Yes, we did an activation there. But for me, it’s really about the community. As an executive, you get to a point where, conceptually speaking, you know that going to conferences, leaving the office, and getting inspired is important—but in practice, they can be a mixed bag in terms of time invested. The PTTOW! community has people from marketing, entertainment, social action—a bundle that makes for inspiration about impact that’s larger than you.

Worldz is not perfectly easier to categorize; it’s an interesting combination of a business conference, TED, and maybe a little bit of Burning Man. That’s what makes it stimulating. And that tracks back to my own philosophy: The best inspiration comes not from literal thinking, but lateral thinking.