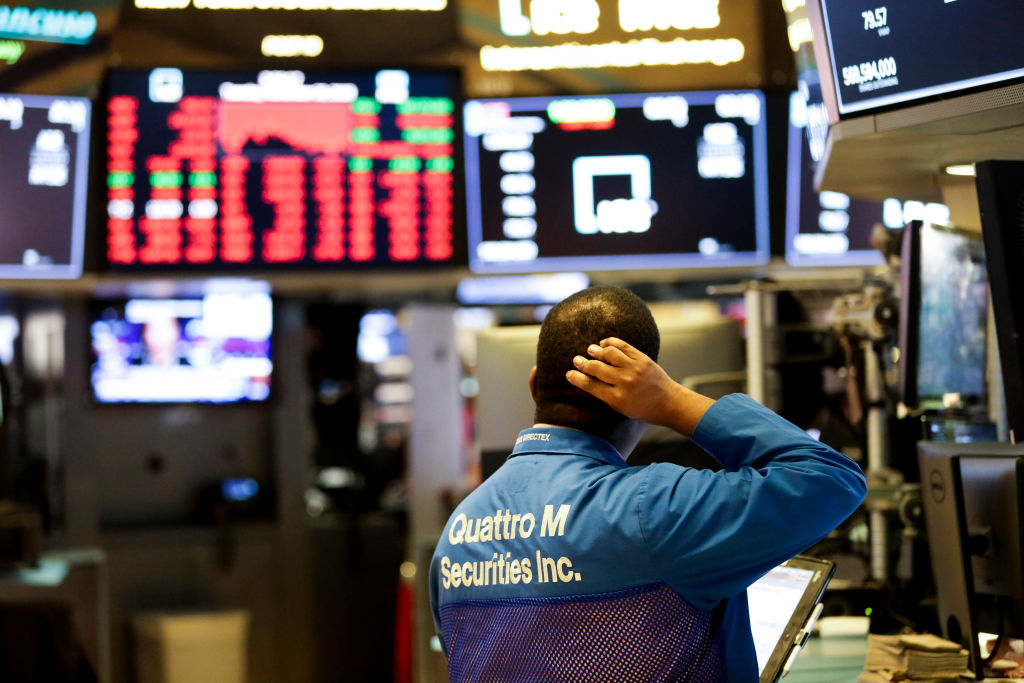 The holiday season is supposed to be cheerful, but right now it’s tough to find a lot of optimism in the stock market.

Down 3.8% over 3 1/2 days, the S&P 500 just posted the third-worst Thanksgiving week since 1939, when President Franklin D. Roosevelt moved the official celebration to the third Thursday of November.

The souring mood contrasts with the buoyancy among consumers, whose online shopping over Thanksgiving is forecast to reach a record this year. What’s bothering investors is a prevailing fear that things are as good as they can be. From corporate earnings to the economy, a slowdown looks likely after one of the longest expansions on record.

Investors have sought safety in companies that offer stable income and high dividends, like utilities and consumer staples, since the S&P 500 started a retreat last month that morphed into its second 10% correction of the year. So much love has been placed with safety shares that JPMorgan strategists led by Dubravko Lakos-Bujas said their valuations relative to risky stocks suggest the market is, perhaps wrongly, “starting to price in a recession-like scenario.”

“We view the current style dislocation as overdone and inconsistent with the fundamental backdrop,” the strategists wrote in a note earlier this week. “The business cycle slowdown concerns are largely premature.”

While losses in stocks aren’t all that big to date, they’re still poised to make it the worst year since the bull market started in 2009. Down more than 1%, the S&P 500 is left with only five weeks to break even for the year.

The market has shown a mixed track record after a lousy start to the holiday season. When the S&P 500 last had a worse Thanksgiving week, in 2011, the index rallied 8.5% through year-end. In 1973, a similarly bad start led to further declines, with the S&P 500 losing an additional 1.9% before the year was over.