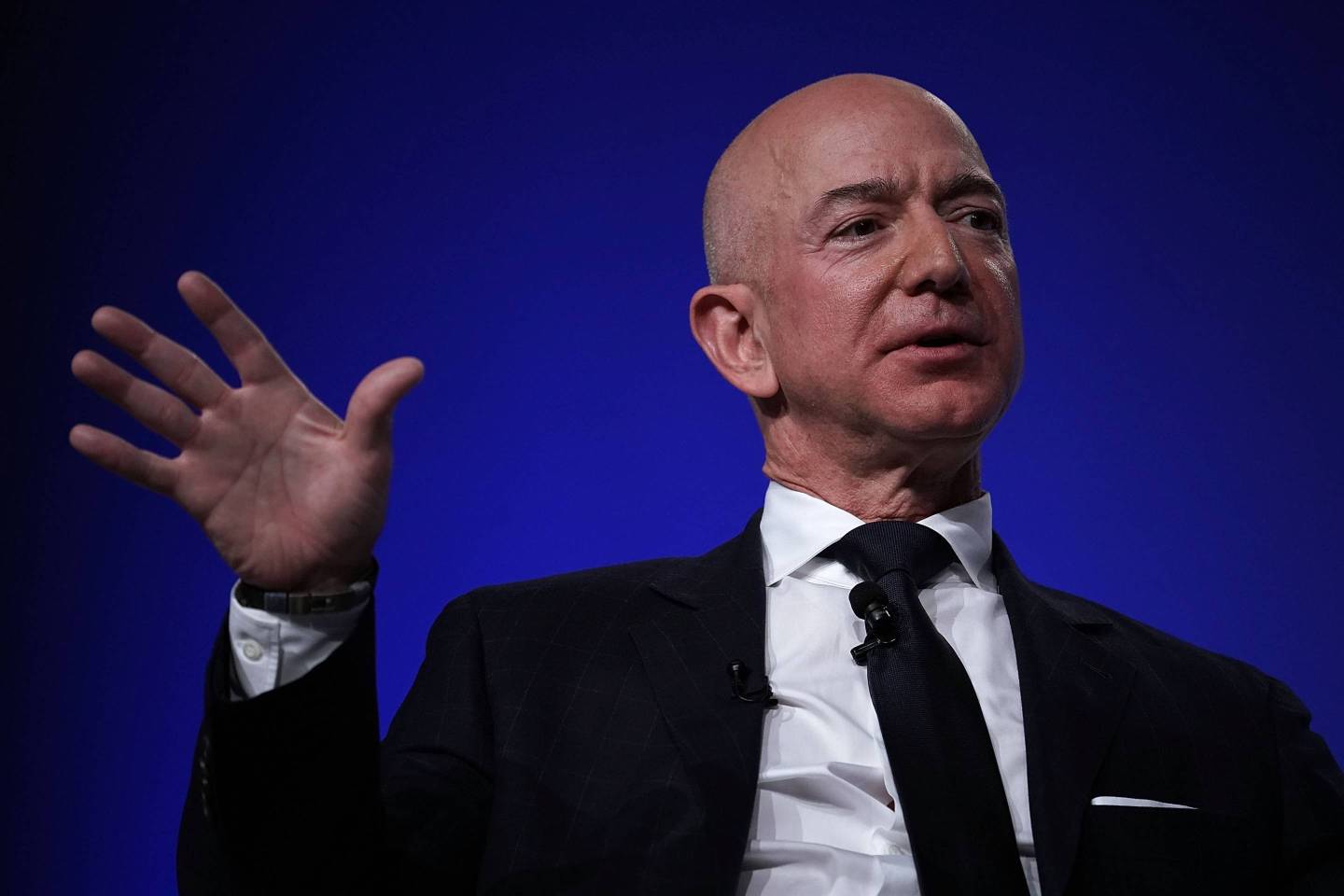 Amazon created a media circus around its search for a second headquarters, or HQ2, which ultimately ended in it splitting the location between New York City and the greater Washington, D.C., area.

Its tactics should come as no surprise. Amazon has a long history of manipulating governments to secure favors that give it an undeserved competitive advantage—extracting public money for its own enrichment, and finding ways around tax obligations—starting from the very origins of the company in the mid-1990s.

Jeff Bezos famously planted Amazon, then an online bookseller, in Washington state instead of the more tech- and talent-saturated California. The founder was upfront in his admission that his aim was to dodge sales taxes in the nation’s most populous state. In a 1996 interview with Fast Company, Bezos mentioned that he even considered establishing Amazon on an American Indian reservation near San Francisco in order to be in California yet not be obligated to collect its sales tax.

Over the next 20 years, Amazon carefully skirted sales taxes in most other states too. The effort was worth it. Not having to collect sales tax gave Amazon, in effect, a price advantage over brick and mortar retailers, who, by virtue of their physical presence, had to charge sales tax—even for online purchases. Shoppers increasingly chose Amazon for big-ticket items, allowing the company to solidify a pivotal early lead in e-commerce. Amazon now captures almost $1 of every $2 Americans spend online.

In time, this sales tax advantage began to run out, as Amazon’s growth led it to locate warehouses in more states. But the company managed to find another way to game the public: demanding subsidies for new facilities. Desperate for jobs, in some cases because of Amazon’s impact on Main Street, officials in Kenosha, Wis.; Baltimore; West Columbia, S.C.; and dozens of other communities opened their checkbooks. Between 2005 and 2014, Amazon built 77 fulfillment centers, more than half of which were funded by subsidies totaling $613 million, according to research from our organization, the Institute for Local Self-Reliance. Currently, the total amount of subsidies allotted to Amazon (this figure includes all Amazon-owned facilities) is at least $1.6 billion, based on calculations by corporate subsidy watchdog Good Jobs First.

And now in New York and northern Virginia, Amazon stands to pick up giveaways totaling more than $4.6 billion.

There’s evidence that incentives like these do not, in fact, spur job growth, and there’s also reason to believe they don’t promote long-run economic growth either.

But the most serious and undertheorized consequence of these giveaways is how they hasten market concentration. Local governments spend between $45 and $90 billion dollars each year subsidizing companies, and 90% of these dollars go to big businesses. These companies often don’t have any special investment or stake in the communities they settle in, and often backtrack on their initial promises—something that Amazon has done itself in the past.

These advantages allow firms like Amazon to capture more and more of the economy. Amazon is conquering a dizzying array of new markets, from streaming video, to cloud computing, to apparel production, to voice assistants. This has smoothed the way forward for Amazon, which, as my colleague Stacy Mitchell points out in The Nation, seeks to become the market, not just dominate it.

The negative effects of monopolization bear out in macroeconomic data. It isn’t coincidental that sharply increasing market concentration has coincided with declining entrepreneurship and business creation rates or slowing dynamism among both firms and workers. Using public dollars to tighten Amazon’s grip on the economy means that startups, innovation, and entrepreneurship will all suffer down the line.

We need to do much more to examine subsidies not simply as inefficient and wasteful, but as the anticompetitive tools they are. In Europe, tax incentives are seen as instruments of monopoly power, and competition officials can and do block them on antitrust grounds.

Monopolies are bad for consumer choice and market competition, but they’re also bad for our civic and political well-being. Consolidation deprives Americans of new ideas, new jobs, and new opportunities. And Amazon expanding in already wealthy areas like New York City and D.C. will have amplifying effects on political polarization too, adding new fuel to the divide between the few places that are prospering and the many regions left behind.

Amazon is coming to New York and D.C., but its profits will be going to itself.

Charlie Thaxton is a researcher with the Institute for Local-Self Reliance, which has published several reports about Amazon’s market power.