Job Postings of the Future: High EQ Wanted, Must Play Nice with Robots 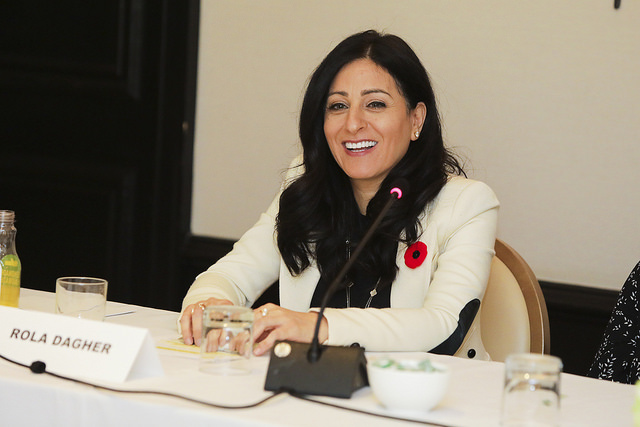 Cisco's Rola Dagher talked about the future of work at Fortune MPW International in Montreal.

There is a paradox that lies at the heart of running a workforce in the 21st century: Employers must be just as focused on fostering talent that has high emotional intelligence as they are on developing employees who know how to build and work with robots.

“EQ will have IQ for breakfast,” explained Rola Dagher, president of Cisco Canada, at Fortune Most Powerful Women International in Montreal this week. “Technology is an enablement tool to get you to where you need to be, but people are still the transformers.” And yet, she added, the next generation of workers also needs to be prepared to work alongside robots.

Dagher said that at least in Canada, there’s a lack of collaboration between academia, government, and businesses in terms of preparing the workforce of the future with the right set of skills. As a result, she’s sometimes forced to go outside the country to recruit, she said.

But for Alex Paladino, global managing director, head of technology for Thomson Reuters, Canada’s tech talent drew her company to the country. Last year Thomson Reuters announced that it was moving its headquarters to Toronto—a city with great universities, and a center of AI and computing, she explains. “Focus on where you can find innovative talent,” Paladino says.

Mary Sullivan, senior managing director and chief talent officer of Canada Pension Plan Investment Board, said that within her organization, “It’s about the integration of machines into an already complex group of people.”

Sullivan explains that complexity through a ration of 80-18-2: Eighty percent of employees are the engine of the organization, 18% do small innovations, and 2% do big innovations. The 80% and the 2% have a “hard time co-existing,” she says. “Enter into that the introduction of technology, and it can create some challenges.”