Delta Doubts Black Female Doctor’s Credentials: ‘No Matter How Many Degrees I Have’ I Face This 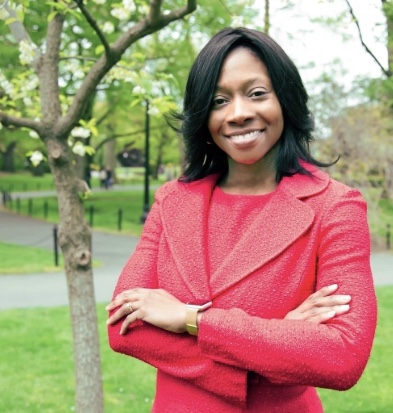 Fatima Cody Stanford is a physician and researcher working at Massachusetts General Hospital and Harvard who is in demand around the country for her expertise in obesity medicine—but on a Delta connection flight this week, she faced questioning of her credentials by airline flight attendants.

Stanford, a black woman and a specialist in obesity medicine, was flying from a business meeting in Indianapolis back to her home base in Boston when the passenger seated next to her on Republic Flight 5935, operated by Republic as a Delta connection flight, started to shake and hyperventilate.

As the patient, suffering from claustrophobia on the small plane, began to calm down, Stanford says two flight attendants returned and continued to question her, with one asking, “Are you really an MD?”

After landing, Stanford posted about the incident on Twitter.

@DeltaAirlineUS I am very disappointed that your policies on #Diversity have not lead to any change. As a #blackwoman #doctor who showed my #medical license to help a passenger on DL5935 your #flightattendant still did not believe I was a #Physician. @DrSinhaEsq @DrKathyHughes

She says she was then contacted by a Delta employee who said she worked in the office Delta’s CEO and was looking into the situation.

A Delta spokesperson told Fortune that the airline thanked Dr. Stanford for her assistance and apologized for “any misunderstanding that may have occurred during her exchange with the in-flight crew.”

The incident resembles one Delta faced in 2016, when the airline questioned the credentials of Tamika Cross, an OB/GYN. “Oh no, sweetie put your hand down; we are looking for actual physicians or nurses or some type of medical personnel. We don’t have time to talk to you,” a Delta flight attendant told Cross in 2016.

The incident prompted Delta to change its policies to not require medical credential verification and to rely on a passenger’s statement that they are a physician, physician assistant, nurse, paramedic, or EMT—a policy that wasn’t followed on Stanford’s flight.

The policy is supposed to be the same on flights operated by Delta connection carriers, including Republic.

About two weeks before this flight, Stanford had actually interviewed Cross at an event about gender bias in medicine among physicians and patients. Bias in medicine is also a topic Stanford knows well through her work specializing in patients with obesity.

This incident shows that Delta’s changes to its policy in 2016 weren’t enough, Stanford says. The airline needs more training around implicit biases, she says.

After sharing what happened, Stanford heard from many people of color in medicine who have faced questioning of their medical credentials. White colleagues at Massachusetts General reached out to share their frustration that they’ve never faced similar doubts.

Stanford says she has assisted passengers on flights two or three times before and has never had a problem. In this case, the medical issue wasn’t life-threatening, but in a more urgent situation, responses like those of the Delta flight attendants could be dangerous, Stanford says.

“If it were a situation where this patient ended up needing more significant intervention, I’d be concerned about the ability to deliver timely care,” Stanford said.

“We thank Dr. Stanford for her medical assistance onboard Republic flight 5935 IND-BOS, and are sorry for any misunderstanding that may have occurred during her exchange with the in-flight crew. Moving forward, we are following up with our connection carrier partner to ensure their employees understand and consistently apply the policy,” Delta spokesman Trebor Banstetter said in an emailed statement to Fortune. “Regardless of aircraft, all customers are Delta customers and we are committed to ensuring they enjoy a similar experience on every flight. Delta changed its policy for providing medical credentials in 2016, and we are working with all of our connection partners to ensure their changes and actions align with ours.”

“We’re grateful to Dr. Stanford for her medical assistance onboard our flight 5935 and are sorry for any misunderstanding that may have occurred during her exchange with our in-flight crew. Moving forward, we are working with Delta to ensure our employees understand and consistently apply all applicable policies,” Republic spokesman Jon Austin added, also in an emailed statement. “Dr. Stanford’s care for the passenger remained uninterrupted throughout the duration of the medical issue.”