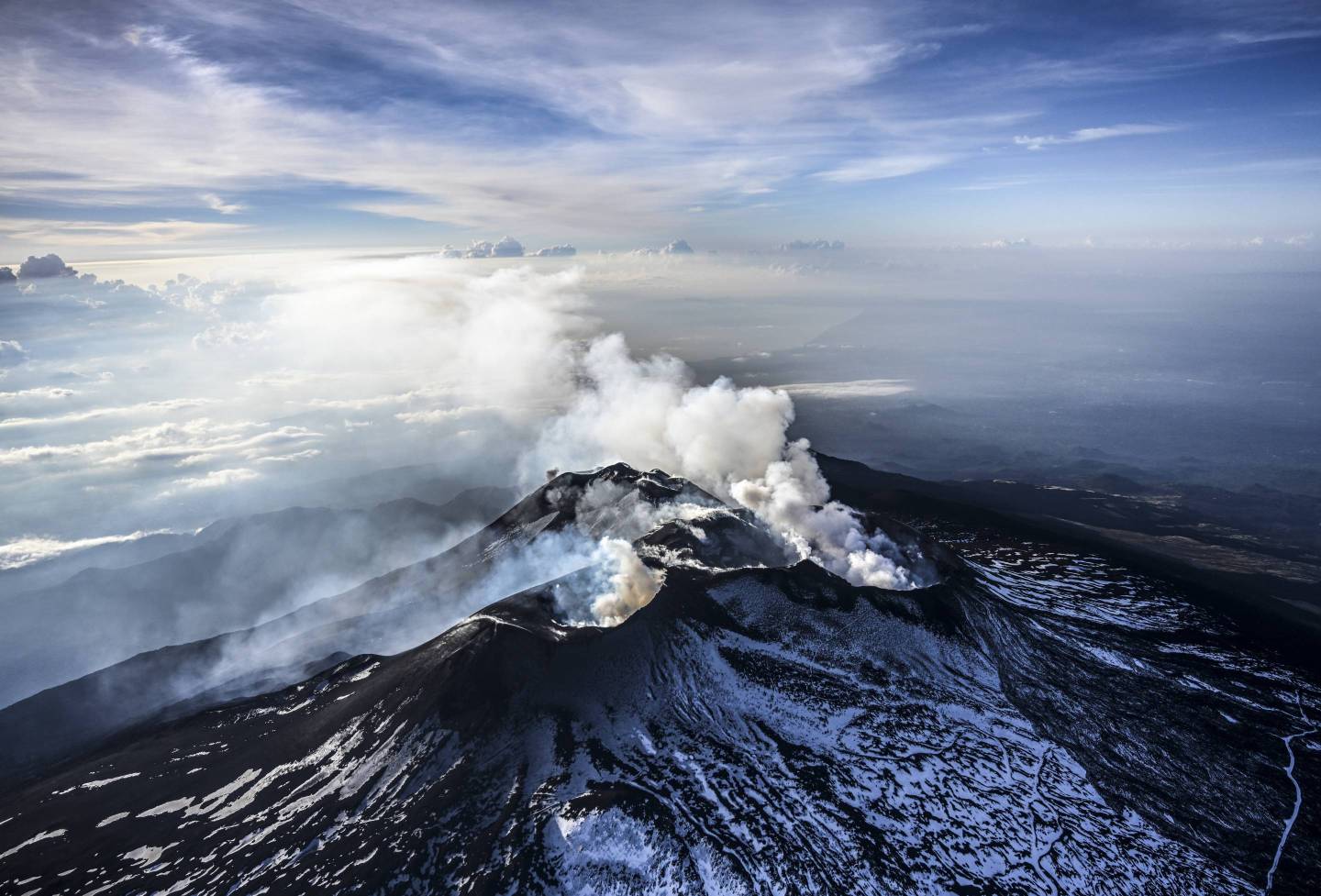 CATANIA, ITALY - OCTOBER 11: The summit craters of Etna volcano seen from the helicopter of the Italian Coast Guard. The helicopter flew over to over 4000 meters of height to give chance to volcanologists of INGV (National Institute of Geophysics and Volcanology) of Catania to monitor from above the craters and do the reliefs on magma rising with thermal cameras. The volcano in recent weeks has given signs of activity with rumbles, explosions and seismic activity in increase, signals of a likely imminent eruptive activity, on October 11, 2018 in Catania, Italy. (Photo by Fabrizio Villa/Getty Images)
Fabrizio Villa—Getty Images

Scientists report Mt. Etna is slowly falling into the sea, which could result in massive tsunamis that could put parts of Greece and perhaps Turkey and other Mediterranean countries at risk.

The GEOMAR Helmholtz Center for Ocean Research in Kiel, Germany, led the study, which placed underwater sensors at the base of the volcano to get a sense of its movement. The study found that rather than moving the typical 2 to 3 centimeters per year, Mr. Etna had moved 4 centimeters in eight days.

“Etna’s flank movement poses a much greater hazard than previously thought,” the report read, noting that the risk of collapse might be underestimated at other volcanoes as well.

Rising magma is usually to blame for sudden shifts in a volcano’s position, but the study said the current movement was happening far from magma sources.

Both the Kiel team and another scientist who studied their work say the increased pace of movement is worrisome, but neither believes any catastrophic event will happen soon. Both, though, are encouraging additional studies.