Trump Plans to Pull Out of Nuclear Weapons Pact With Russia 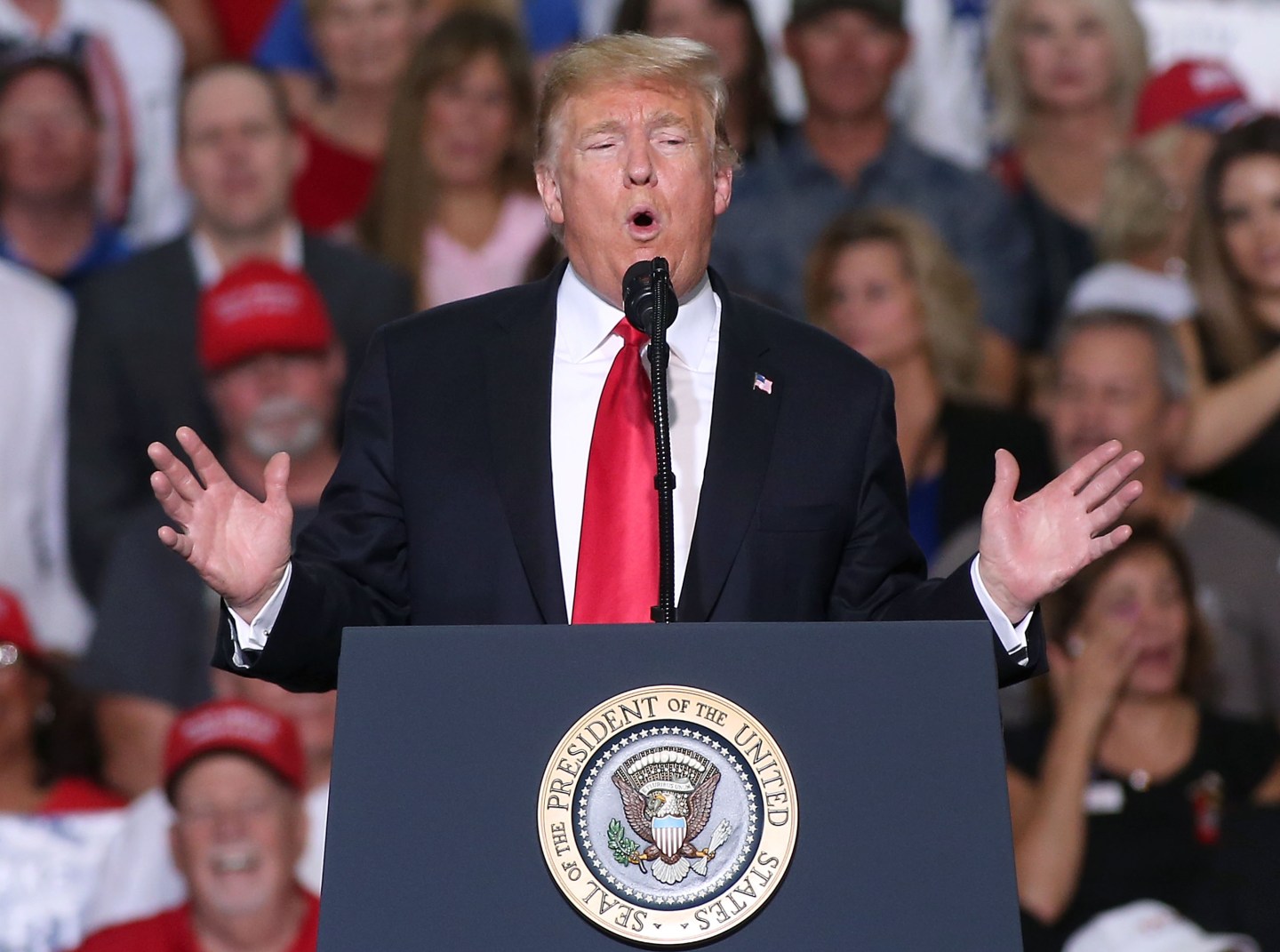 President Donald Trump speaks to a crowd of supporters during a rally at the International Air Response facility on October 19, 2018 in Mesa, Arizona. (Photo by Ralph Freso/Getty Images)
Ralph Freso—Getty Images

President Donald Trump said he plans to pull out of a major arms control treaty with Russia, claiming the Kremlin breached the accord on intermediate-range nuclear weapons.

“We’re not going to let them violate a nuclear agreement,” Trump said Saturday after a campaign rally in Elko, Nevada. “We’re going to terminate the agreement.”

The U.S. has been warning Russia it could resort to strong countermeasures unless Moscow complies with international commitments to arms reduction under the Intermediate-Range Nuclear Forces Treaty, a pact concluded in 1987 that’s considered a landmark of Cold War detente.

North Atlantic Treaty Organization defense ministers this month discussed concerns that Russia was developing a medium-range ballistic missile. The U.S. ambassador to NATO, Kay Bailey Hutchison, has said Russia’s non-compliance would compel the U.S. to match its capabilities to protect the interests of the U.S. and European allies.

NATO has credited the INF treaty with playing a crucial role in ensuring security for 30 years by ending the proliferation of ground-launched intermediate-range nuclear missiles.

Trump’s comments on Saturday came as National Security Adviser John Bolton was headed to Russia, Azerbaijan, Armenia and Georgia. In Moscow, he’s expected to meet the Russian defense and foreign ministers as a follow-up to Trump’s meeting with President Vladimir Putin in Helsinki in July.

For now, Russia views the U.S. position as an “ultimatum” and is calling for a balanced approach to the discussions, he was quoted as saying.

Trump’s threat caused jitters in Germany, site of mass protests in the 1980s against the stationing of U.S. intermediate-range nuclear missiles to counter the threat of Soviet SS-20s.

Trump and Putin may meet next month in Paris during commemorations marking 100 years since the end of World War I, or at the Group of 20 summit in Buenos Aires that begins Nov. 30, according to a U.S. official.