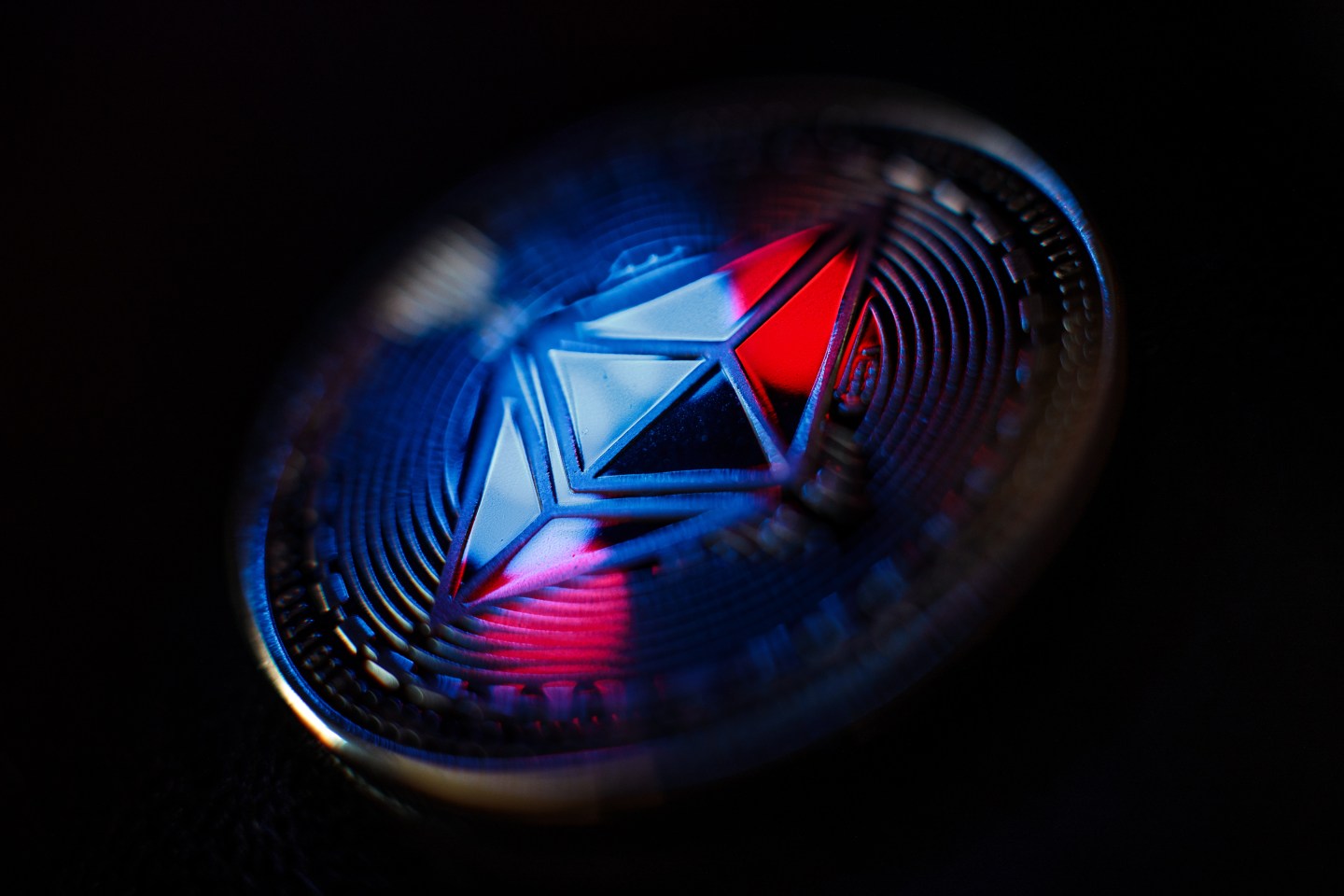 LONDON, ENGLAND - APRIL 25: In this photo illustration of the ethereum cryptocurrency 'altcoin' sits arranged for a photograph on April 25, 2018 in London, England. Cryptocurrency markets began to recover this month following a massive crash during the first quarter of 2018, seeing more than $550 billion wiped from the total market capitalisation. (Photo by Jack Taylor/Getty Images)
Jack Taylor—Getty Images

A startup called dYdX has raised $10 million in funding from investors to develop financial software that allows people to borrow money from one another without using a broker.

The five-person company developed a margin trading protocol based on the computing network Ethereum. It aims to allow people to create new cryptocurrency-related financial products, like interest-generating loans, short sells, or leveraged long positions. Unlike the world of traditional finance, the technology requires no broker to act as a trusted intermediary.

“Decentralized finance will be first real application of blockchain technology,” said Antonio Juliano, dYdX’s founder, on a call with Fortune. He described the evolution of the technology thusly: Blockchains began with Bitcoin, or decentralized money. Then they enabled the creation of decentralized exchanges, such as the 0x and Kyber projects, which let people swap virtual tokens without needing a centralized exchange, like Coinbase, in the middle.

Now Juliano sees an opening for tools built on these foundations. “The next logical thing is derivatives,” said Juliano, who formerly worked as an engineer at Coinbase and Uber. These sorts of financial contracts will improve upon the “primitive” way cryptocurrency trading is done today, he said, and will lead to “less volatility in the underlying market.”

Anyone can build a product on top of the dYdX’s software—including dYdX.

Earlier this month the company debuted its first product, Expo, an application that enables investors to “short” Ethereum, or place bets that the cryptocurrency’s price will decline, simply by purchasing a virtual token called, appropriately, the “short Ethereum token.” Prior to this, the easiest way to short Ethereum involved taking positions on a centralized exchange, such as Bitmex or Circle’s Poloniex.

“Basically, Expo abstracts a lot of complications of margin trading away from the user,” Juliano said. “People don’t have to worry about getting a loan.”

Juliano’s team is planning to launch more assets, including a long leveraged Ethereum token, which is designed to magnify the gains or losses of investors trading on margin. In the next two-to-three months, Juliano said his team would look to add additional assets, depending upon their liquidity, such as the ZRX token, the native coin of 0x.

Expo is currently a free service, but Juliano says dYdX could charge fees on transactions in the future. Alternatively, the company could mint a token that lets it reap fees at the base protocol layer later on.

For now, money-making isn’t the team’s priority. “Our focus is on getting people to use protocol,” Juliano said, noting that the feature drawing the most interest to date is one that lets lenders accrue interest for providing loans to other investors.

The latest funding round for dYdX, worth $10 million, sees a couple of investors doubling down on the startup.

The lead investors are a16z crypto, a crypto-focused investment fund created this year by Andreessen Horowitz, the Silicon Valley venture capital firm, as well as Polychain Capital, a hedge fund that specializes in cryptocurrency-related investments. Both investors led dYdX’s earlier $2 million seed funding round in November 2017.

Olaf Carlson-Wee, CEO and founder of Polychain Capital, said he was impressed by Juliano’s engineering skills and “strong growth mentality” when the two worked together at Coinbase. He described dYdX’s “short Ethereum” token as “an anti-Ether or a dark Ether,” and he said it’s just the first example of a peer-to-peer financial product the company plans to develop.

With the new funding secured, dYdX is looking to expand. “The biggest priority is growing the team,” Juliano said. “We’re looking for engineering, design, and operations roles in San Francisco.”