Winamp Is Making a Return With New Full Version 6 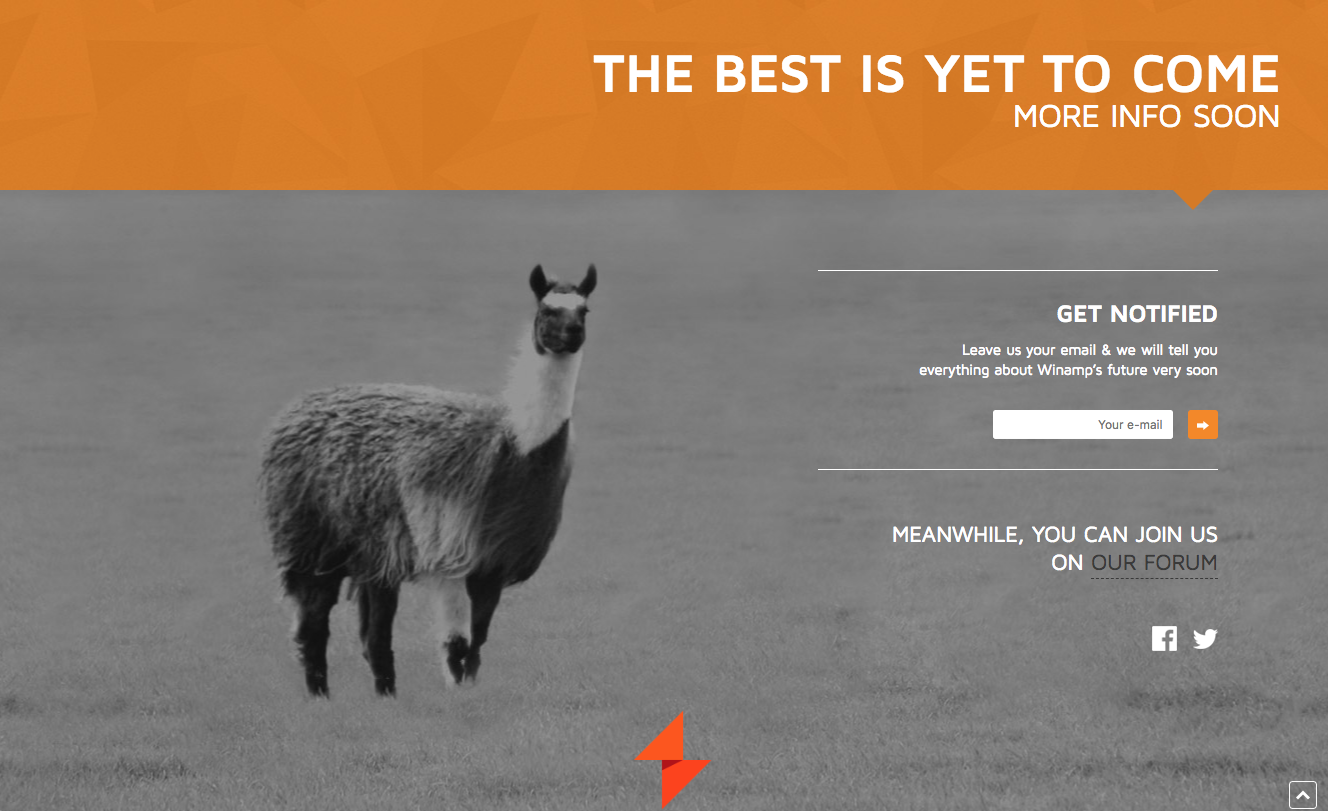 Winamp, the MP3 player of choice in the early 2000s, is set to make a dramatic return next year with new full version, Winamp 6, the first new full version of the software since the release of Winamp 5 in 2003.

Winamp’s website posted the message, “There’s more coming soon,” along with a picture of the company’s mascot Mike the Llama.

Speaking to TechCrunch, Alexandre Saboundjian, the CEO of Radionomy—which purchased Winamp in 2014—said that the new version will offer “a more complete listening experience.” As for what that entails, Saboundjian says that you’ll be able to listen to MP3s, but also to the cloud, podcasts, streaming radio stations, and your own pre-built playlists with the service.

A new update, Winamp 5.8 will be released later this week. That version will be exceptionally similar to the one that’s already available, except with small bug and compatibility fixes to keep things trucking for those who might have been running into issues with the service. For a little perspective, WinAmp 5.5 was released in 2007.