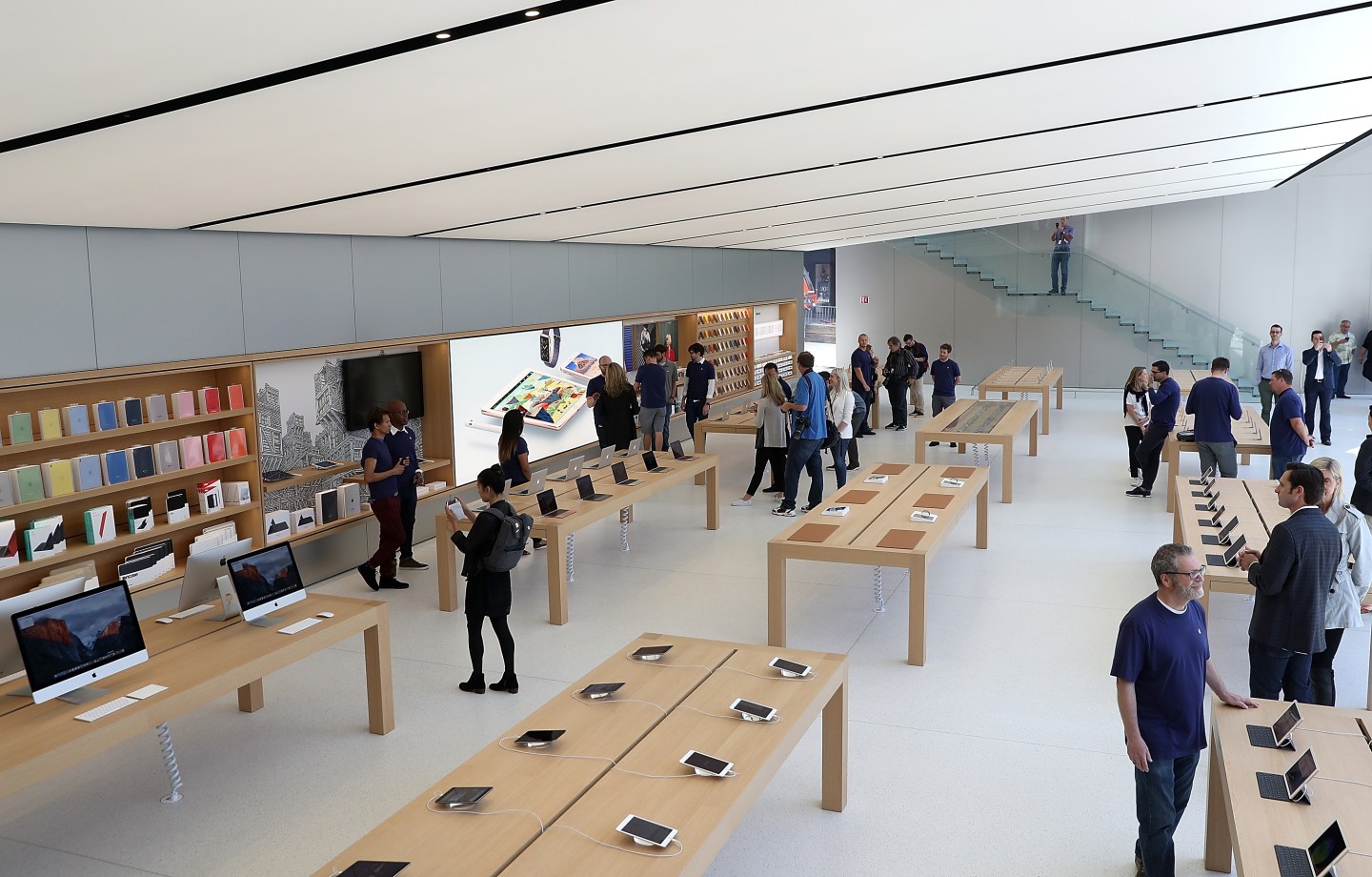 SAN FRANCISCO, CA - MAY 19: A view of the new flagship Apple Store on May 19, 2016 in San Francisco, California. Apple is preparing to open its newest flagship store in San Francisco's Union Square on Saturday May 21. The new store features new design elements as well as community programs including the "genius grove" where where customers can get support under a canopy of local trees and "the plaza" a public space that will be open 24 hour a day. Visitors will enter the store through 42-foot tall sliding glass doors. (Photo by Justin Sullivan/Getty Images)
Justin Sullivan—Getty Images

A million-dollar, far-reaching string of robberies across California Apple retail store locations may soon come to an end. Eight of 17 total suspects charged so far were arrested on Thursday for a series of robberies across 19 counties and the past several months, according to a news release by the office of Xavier Becerra, California’s attorney general.

The defendants are charged with entering Apple stores in large groups and grabbing large amounts of display merchandise within seconds, all disguised in hoodies to mask their appearance to eyewitnesses and in-store surveillance cameras.

“Organized retail thefts cost California business owners millions and expose them to copycat criminals. Ultimately, consumers pay the cost of this merchandise hijacking,” Becerra said in a statement. Oakland, Calif. police chief Anne E. Kirkpatrick added that collaborative law enforcement efforts with the California Department of Justice and other police departments across the Golden State were necessary and ultimately responsible for dismantling the robbery ring.

Apple stores have been robbery targets in the past across California and even overseas. In 2017, $24,000 worth of Apple products were stolen in a single robbery at a Northern California Apple store. Last year a London Apple store was also hit by a scooter gang wielding hammers, with thousands in losses due to theft and damages.