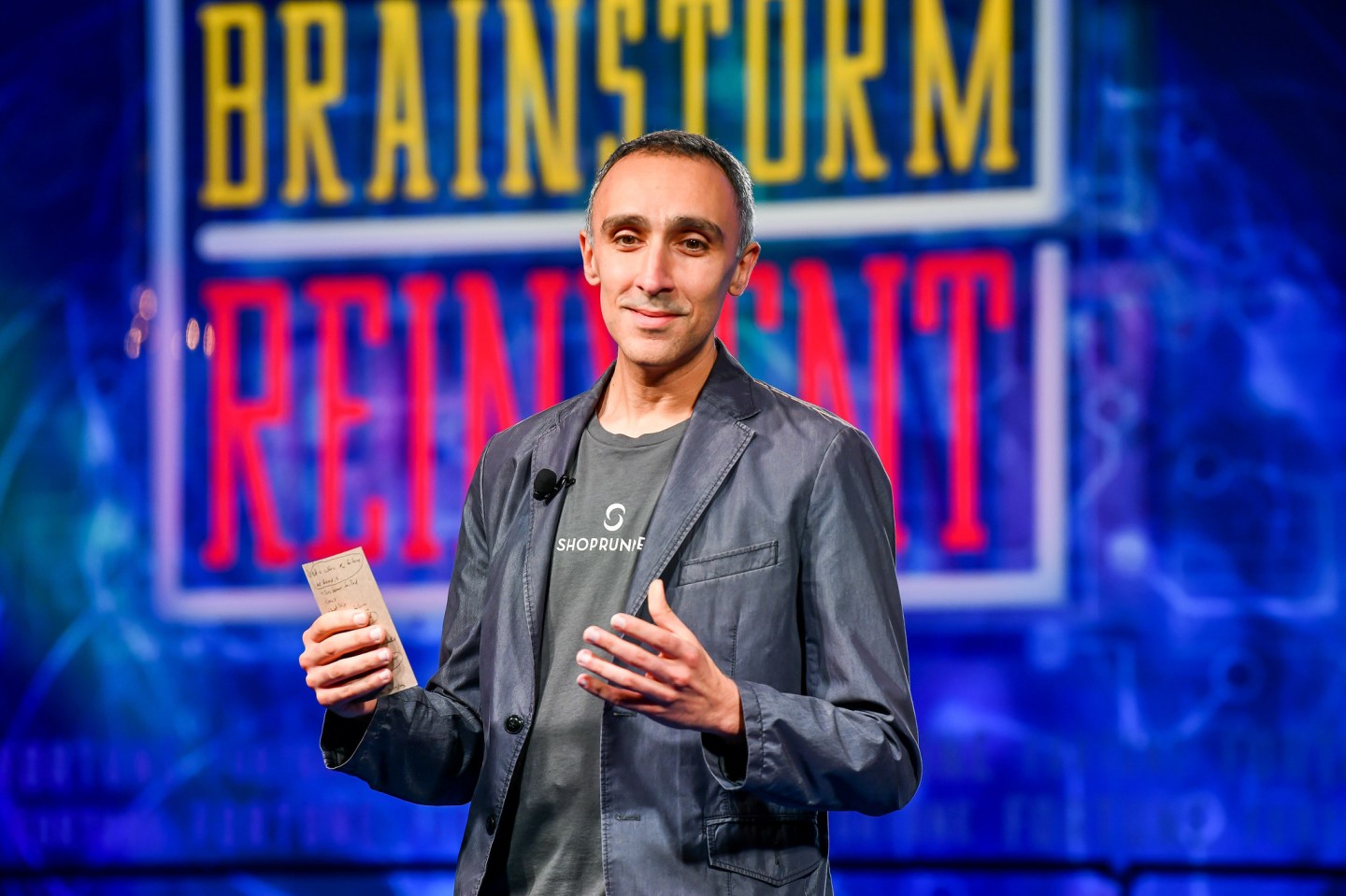 Former "King of Dating" and current ShopRunner CEO Sam Yagan shares his three tips for fostering innovation within a company.

Sam Yagan, now CEO of ShopRunner, used to be the king of online dating. In his seven-year tenure as CEO of Match Group, he learned a few things about innovation. In a presentation at Fortune’s Brainstorm Reinvent conference in Chicago on Tuesday, Yagan shared three tips for fostering innovation in business.

He’s a reliable source: He co-founded the online study guide website and Cliff’s Notes disruptor SparkNotes in his senior year at Harvard. He then went on to co-found OkCupid years later, which was acquired by Match Group, the market leader in online dating at the time and today. After one year running OkCupid post-acquisition, Yagan was offered the position of CEO and took it. As CEO, he said that he learned a lot about creating an environment that allows and encourages innovation from within a company that isn’t a start-up.

The first lesson Yagan shared was to “build a culture of failure and reward it.” Match Group was the first company Yagan had helmed that was the market leader rather than the disruptor, which he realized quickly would be a bigger challenge than he first expected.

His executives had spent years working their way up the corporate ladder, experiencing accomplishment and success all along the way; none of them had ever failed. To foster the innovation that was key to his vision for Match Group, though, failure had to be a part of the recipe, Yagan said. So, he incentivized failure within the company, asking executives in their reviews to share a failure from the year prior. If their mistakes hadn’t cost the company money, they wouldn’t get their bonus.

Yagan’s second lesson was to throw conventional wisdom out the window. That lesson is what allowed space for Tinder to get off the ground and experience the exponential growth that made it the giant in online dating that it is today. Yagan knew when Tinder was pitched to him that it went against all of the rules in the industry like keeping dating separate from social media and needing a national marketing campaign to succeed. But Yagan said he suspended his disbelief and took a risk by okaying the fledgeling idea. He won big.

As Tinder became wildly successful, executives within Match Group began feeling threatened, Yagan said. He could have sold the business or caved to pressure from others, but Yagan stood strong in support of Tinder, which paid off, as it is now Match Group’s crown jewel. That led him to the lesson that produced his third tip for innovators: “Protect your baby from your own organization.”