Why American Energy Independence Is Overhyped 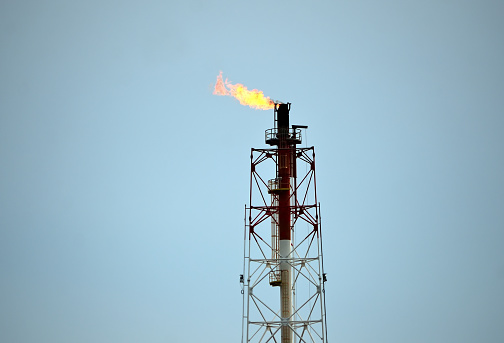 Bethany McLean has made a career out of shining a light on the financially unsustainable, from Enron to the 2008 financial crisis to U.S. mortgage giants Fannie Mae and Freddie Mac. In her latest book, Saudi America: The Truth About Fracking and How it’s Changing the World, McLean—previously of Fortune and now a contributing editor at Vanity Fair—suggests that just like Enron, the U.S. fracking boom and America’s much-heralded hope for energy independence may be too good to be true. Fortune recently spoke with its former star writer.

You’ve written about— among many other things—the fraud of Enron, the root causes of the financial crisis, the flaws in homeownership finance, and now fracking. Why did you choose this topic?

I always felt fracking wasn’t covered enough in the mainstream media. For all the world-changing things that are happening in Silicon Valley, what’s happening in places like the Permian Basin is every bit as important to our future – arguably more so. If fracking is real, and America is an oil and gas powerhouse, that changes everything from our manufacturing base to geopolitics. When fracking was covered, it was usually from an environmental perspective. That’s interesting and important, but I knew many short sellers who were skeptical of fracking companies due to their bad economics, and the financial angle never got the press I felt it deserved. I’m a numbers girl at heart!

You chronicle in great detail the scope and significance of the current shale oil boom, and how it’s led to the promise of a new era of American energy abundance. But you also say the shale revolution might be overhyped and potentially a house of cards. Why?

There are a few reasons. One is that the industry, as a whole, has yet to make money. There are a bunch of reasons, from low interest rates to a belief that returns lie ahead, why Wall Street has continued to throw capital at fracking companies. But you can’t be sure that will continue forever. It’s unclear how much oil and gas companies would produce if they could only reinvest their own cash flow, let alone if they had to produce a decent return for shareholders.

The second reason is that the whole notion of “energy independence” is very fraught. There’s this idea that if we don’t need energy from the Middle East, we’ll somehow be able to ignore the Middle East. But in a global economy, that’s absurd. For instance, I cite some analysis showing what percentage of the components our technology industry needs are made in Asia – which in turn is dependent on oil from, you guessed it, the Middle East. The idea that we’d be able to tell Saudi Arabia to go to hell if we didn’t need their oil is pretty silly once you drill (no pun intended) into it.

Lastly, I was really struck by conversations I had with several private equity players. They are all trying to figure out when we’ll be able to see the end of the oil age, because as soon as that happens, the price of oil will go into secular decline (as it did with coal.) Other countries, namely China, are frantically investing in renewables. For us to crow about our oil wealth, and not focus on renewables, is for us to miss the opportunity to be leaders in the world as it’s going to be.

You argue that the entity most responsible for the fracking boom is not new technology or new discoveries, but rather Wall Street, and you compare the way fracking companies are valued to the first dot-com boom. Can you explain that?

What’s made this whole thing work is that fracking companies aren’t valued on earnings. Nor are executives compensated for producing returns for shareholders. Fracking companies have been valued as a multiple of the acreage they own, or on their level of production, regardless of whether it’s profitable or not. CEOs have been compensated based primarily on production. It’s analogous to the way dotcom companies were valued on multiples of eyeballs. It all sounds logical until it doesn’t.

Why did you choose Aubrey McClendon as the main character through which to tell the story of fracking in the U.S.?

McClendon is one of those rare, larger than life characters who come along every so often. He was changing the world—but in ways that were very controversial. Long before everyone knew fracking was an environmental concern, short sellers were all over McClendon’s company. I started paying attention to him around 2010 or so. A longtime source of mine, a guy named John Hempton, would tell me that Aubrey was the most important man in America (with some degree of hyperbole) because if his business model worked, it meant that America had one of the lowest costs for energy around the world. That has huge implications for our manufacturing base, and it affects geopolitics enormously.But it wasn’t clear his business model did work.

All of that was before the 2015-16 bust that looked like it would destroy American fracking—and before McClendon’s spectacular death in a car crash in the spring of 2016, right at the bottom. It seemed like the punctuation mark underscoring the end of fracking. And then, like the proverbial phoenix, fracking came back, defying all the skeptics. And the projections for U.S. oil and natural gas production began to soar again.

I wanted to figure out if McClendon was or wasn’t emblematic of the industry as a way of getting at a question that I think is key for our future: How sustainable—financially, not environmentally—is fracking?

You traveled far and wide and spoke with many characters as you reported this book. Was there a trip you took or a conversation you had that stands out for being particularly colorful or enlightening?

There were so many, but I really enjoyed getting to see Midland, Texas. As you fly in, there’s nothing but drilling rigs and windmills as far as the eye can see. It’s an odd juxtaposition. I also met some old time oil men, some of whom were skeptical of fracking, and some of whom were total believers. The economic revitalization it has brought to places like Midland and even Houston is pretty stunning, and one way to chronicle boom and bust is the price of a lap dance at the strip club in Odessa.

I remember sitting with one fracking entrepreneur who tapped my iPhone and said, “You like that thing? You realize that it wouldn’t exist without what we do,” by which he meant that so much of our modern world literally runs on energy. But energy is like the air we breathe: We take it for granted. All that helps explain why the oil and gas industry can be so irked by environmentalists. I’m not arguing that that’s right, just that it’s interesting to get outside our bubble.

Toward the end of the book you quote Charlie Munger saying, “Imported oil isn’t your enemy. It’s your friend.” Why does he say that—and do you agree with him?

He says that because oil and gas are called non-renewables for a reason! Shale has bought us more time, but it doesn’t buy us forever. Munger’s argument is that hydrocarbons are still an essential and irreplaceable element in products like fertilizers, meaning that we wouldn’t be able to feed our population without them. Sure, there might be a replacement one day. But there isn’t yet. So the security of our nation depends on the continued availability of oil. Why, in the absence of any certainty about what will replace hydrocarbons, should we continue to burn through our existing supply so that we can beat our chest over the mythical notion of energy independence? Why not import what we need from others, and save our supply for the proverbial rainy day? It makes perfect sense to me.