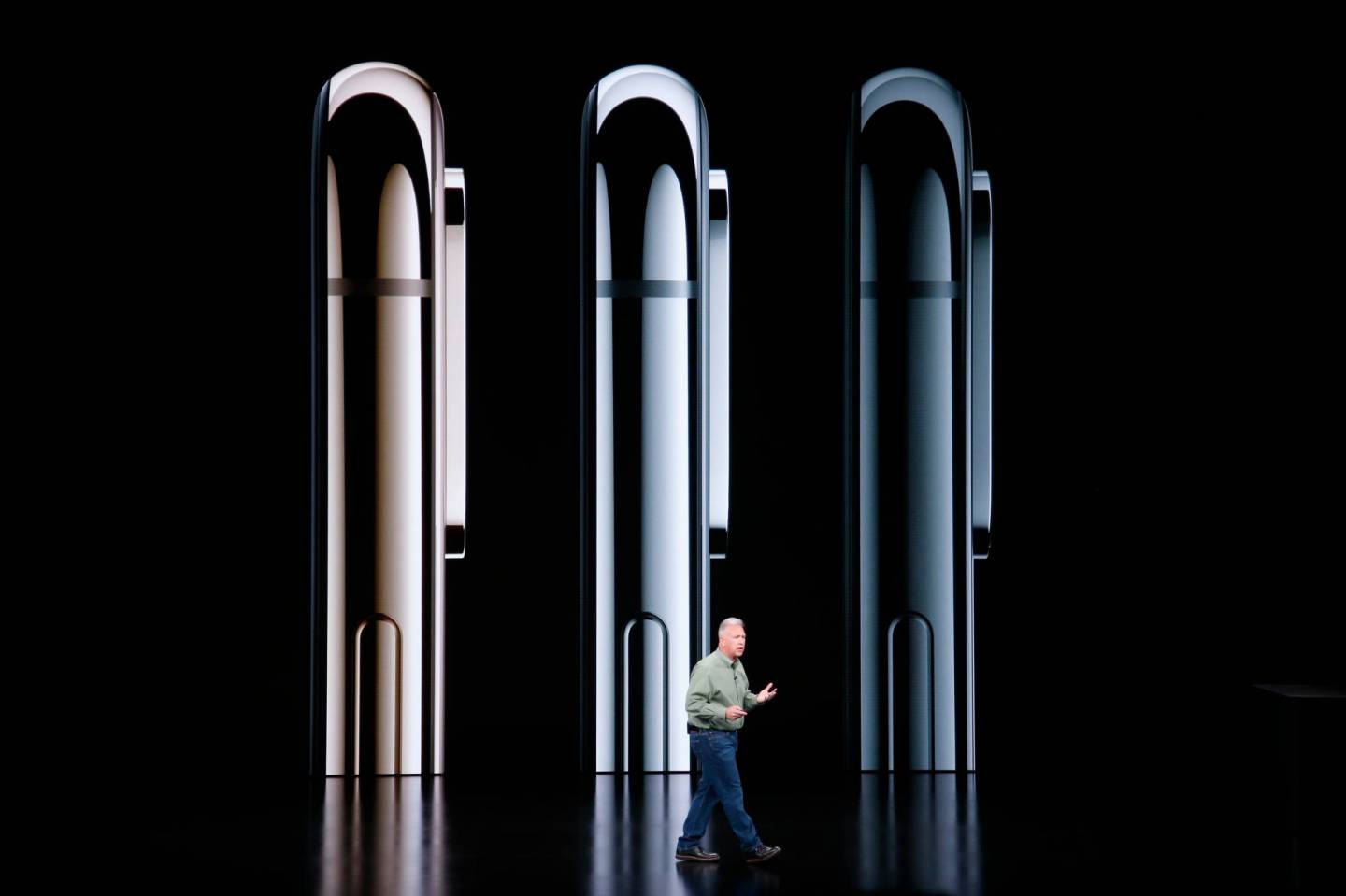 After a big Apple Watch Series 4 debut at its show on September 12, Apple turned its attention to new iPhones.

First up, Apple discussed iPhone XS, which comes with a gold finish on the front and on the glass. The screen covers the handset’s face like the last model and comes with the same notch you’d find in last year’s iPhone X. The iPhone XS is available in gold, silver, and space gray, and can be dipped in water at up to six feet for 30 minutes and should be just fine, according to Apple.

Apple unveiled a new Super Retina display in the iPhone XS that comes with 2.7 million pixels and 458 pixels per inch. It’s the highest-quality display Apple has ever released. It also supports high dynamic range (HDR) and comes with Dolby Vision support.

Apple’s Face ID facial scanner is still available in the iPhones to authenticate you and give you access to the handset’s software. However, this time around, Apple has boosted Face ID’s performance to make it more quickly see your face.

The A12 Bionic chip is inside the iPhone XS and iPhone XS Max. The chip is the first in the smartphone market to run on a 7nm process, which makes it smaller and more powerful than its predecessor. It has a six-core CPU and a four-core GPU. That ultimately translates to improved performance and battery-efficiency than the previous model.

Apple spent considerable time touting the A12 Bionic, saying that the technology should improve Siri performance, augmented reality apps, and more. The company also said that games should be more sophisticated and invited Bethesda Games on the stage to discuss the new title Elder Scrolls: Blades.

Both iPhones have improved cameras that come with 12-megapixel wide-angle cameras and a 12-megapixel telephoto lens. On the front, there’s a 7-megapixel sensor that can add more depth when you take selfies. An improved image processor and other features should improve the photos you can take from the iPhone XS beyond just what you’d get with the better components, according to Apple.

The new iPhones will also ship with dual-SIM capability, so you can have two phone numbers on the device. When you’re using the iPhone XS or iPhone XS Max, you can make or receive calls with either number.