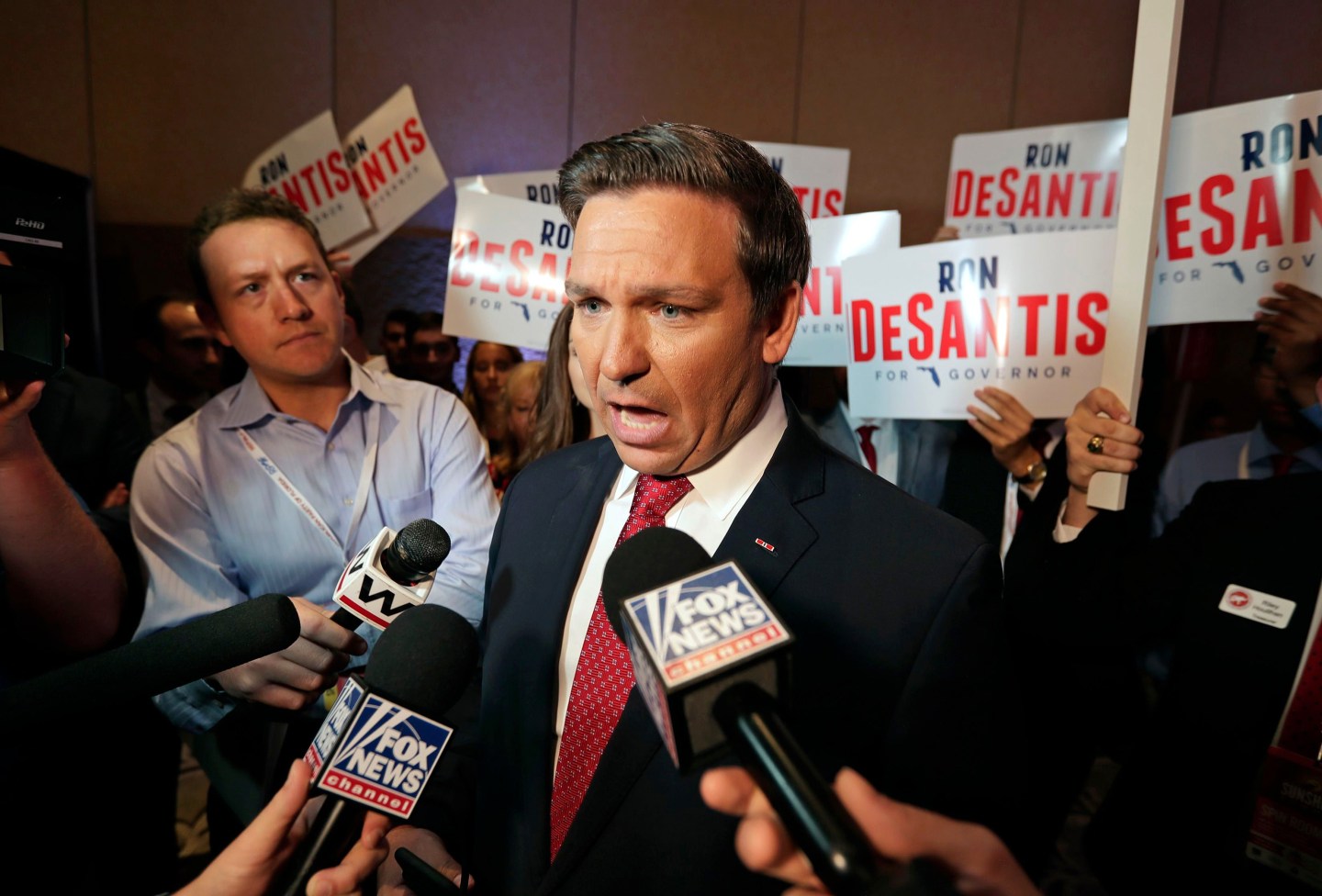 DeSantis spoke at the David Horowitz Freedom Center conference in Palm Beach, Fla. and Charleston, S.C., in 2013, 2015, 2016 and 2017. Some of the regular speakers of the organization include white supremacist figures like Steve Bannon, Milo Yiannopoulis, and the Dutch far-right leader Geert Wilders.

Horowitz is known for his anti-immigrant and anti-Muslim ideologies, and has previously referred to Palestinians as “Nazis.” He has openly opposed reparations for slavery, and claimed that the “only serious race war” in the U.S. is “against whites.”

“I just want to say what an honor it’s been to be here to speak,” DeSantis said while speaking at the Charleston event in 2015, the Post reported. “I’ve been to these conferences in the past but I’ve been a big admirer of an organization that shoots straight, tells the American people the truth and is standing up for the right thing.”

The Naples Daily News reported in June that DeSantis accepted a trip to attend the conference in November 2017, paid for by the David Horowitz Freedom Center. According to the Post, other speakers at the event included a Google engineer who was fired for arguing that there are fewer women in tech due to “biological causes”; and “a critic of multiculturalism who has written that ‘Europe is committing suicide’ by welcoming large numbers of refugees and immigrants.”

DeSantis has been under fire in his short time as the Republican nominee for Florida governor. The morning after winning his primary, DeSantis appeared on Fox News where he warned Florida voters that his black opponent, Gillum would “monkey this up” if he won the election, and also described Gillum as “articulate.” Following his appearance, it was revealed that DeSantis was a moderator of a racist, Islamopobic, and anti-immigrant Facebook group called “Tea Party,” though unaffiliated with the political movement. Later that same week, Gillum became the target of robocalls by a Neo-Nazi group.

But Horowitz defended the Florida Republican. “There’s a lynch mob on his back,” he said in an interview, reported by the Post.