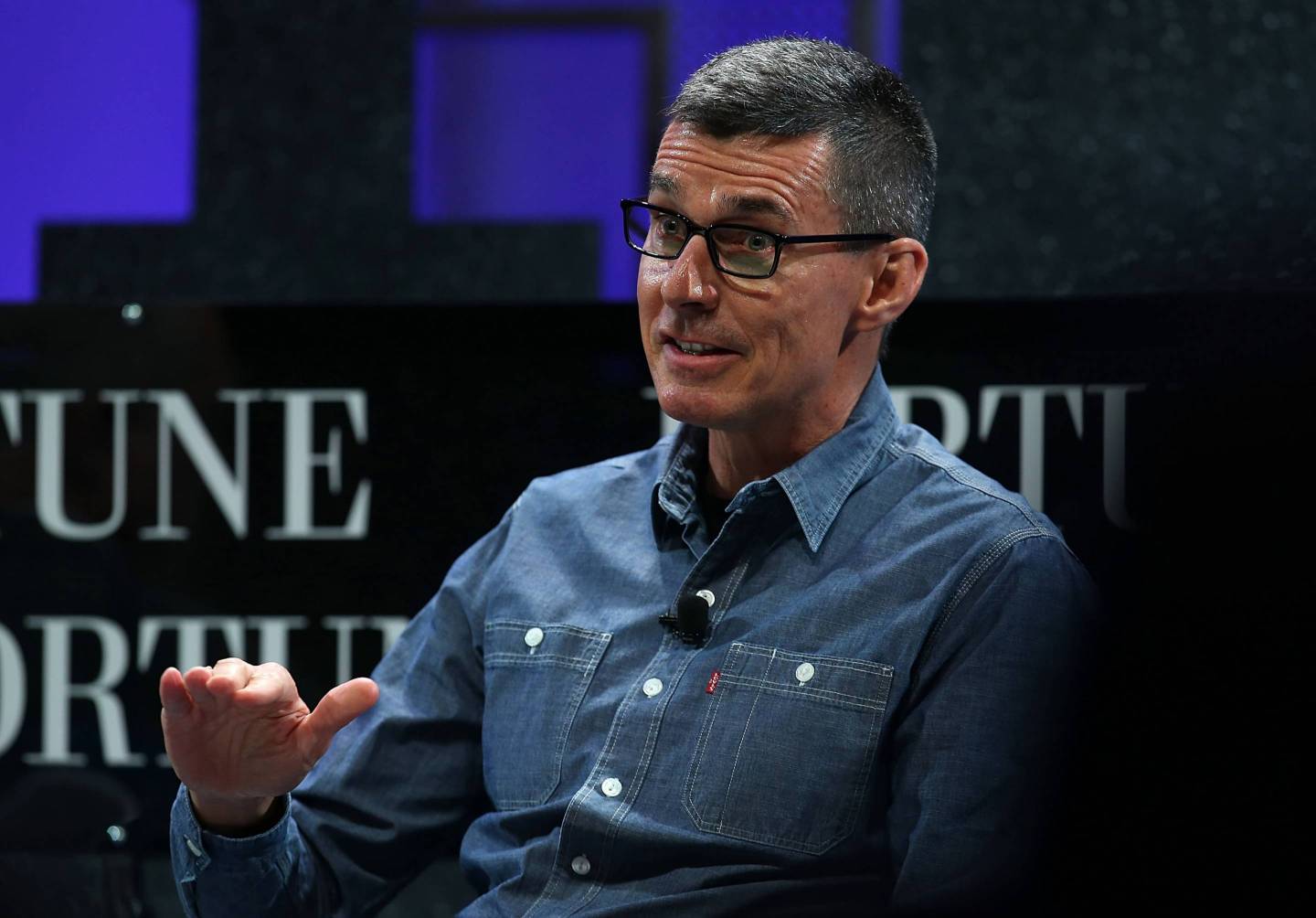 In November 2016, I wrote an open letter requesting that gun owners not bring firearms into our stores, offices, or facilities, even in states where it’s permitted by law. This was following an incident in one of our stores in which a customer accidentally shot and injured himself while trying on a pair of jeans. While that was bad, it could have been worse: The bullet could have killed him, another customer, or one of our employees.

In the days after I published that letter, I received threats to our stores, our business, and even on my life. It was unsettling. But these personal attacks pale in comparison to the threats that activists and survivors from Parkland, Sandy Hook, and daily incidents of gun violence face every time they speak up on this issue.

As president and CEO of a values-driven company that’s known the world over as a pioneer of the American West and one of the great symbols of American freedom, I take the responsibility of speaking up on the important issues of our day very seriously. We can’t take on every issue. But as business leaders with power in the public and political arenas, we simply cannot stand by silently when it comes to the issues that threaten the very fabric of the communities where we live and work. While taking a stand can be unpopular with some, doing nothing is no longer an option.

That’s why Levi Strauss & Co. is stepping up our support for gun violence prevention. You may wonder why a company that doesn’t manufacture or sell guns is wading into this issue, but for us, it’s simple. Americans shouldn’t have to live in fear of gun violence. It’s an issue that affects all of us—all generations and all walks of life.

The stakes could not be higher. On an average day, 96 Americans are killed by guns, and hundreds more are wounded. Most are suicides or unintentional shootings. Our nation’s gun homicide rate is more than 25 times the average rate of other high-income countries. Some shootings make the headlines; some you never hear of; but each one is a tragedy.

So today, on top of our previous actions, Levi Strauss & Co. is lending its support for gun violence prevention in three new areas.

First, we have established the Safer Tomorrow Fund, which will direct more than $1 million in philanthropic grants from Levi Strauss & Co. over the next four years to fuel the work of nonprofits and youth activists who are working to end gun violence in America.

Second, I’m proud to announce that Levi Strauss & Co. is partnering with Everytown for Gun Safety and executives including Michael Bloomberg to form Everytown Business Leaders for Gun Safety, a coalition of business leaders who believe, as we do, that business has a critical role to play in and a moral obligation to do something about the gun violence epidemic in this country. I encourage every CEO and business leader reading this to consider the impact we could make if we stood together alongside the broad coalition of concerned parents, youth, elders, veterans, and community and faith leaders who are committed to shaping a safer path forward.

Third, we know that some of our employees have been personally affected by this issue and want to see change. Therefore, we are doubling our usual employee donation match to organizations aligned with our Safer Tomorrow Fund. In addition, we’re encouraging employees who are concerned about gun violence to get involved. Levi Strauss & Co. provides employees five hours a month (60 hours a year) in paid volunteer time and we recently expanded this to include political activism. We’re encouraging our employees to use their time to make an impact.

I know that Americans, including many of our own consumers, employees, and other partners, hold a wide spectrum of views related to guns. I’m not here to suggest we repeal the Second Amendment or to suggest that gun owners aren’t responsible. In fact, as a former U.S. Army officer, I took a solemn oath to support and defend the Constitution of the United States. But as retired four-star general Michael Hayden once said, “There are some weapons out there that frankly nobody should have access to. And actually, there are some people out there who should never have access to any weapons.”

We can’t insulate ourselves from every threat. We can’t “harden” every place we gather—whether it be our schools, workplaces, shops, churches, or entertainment venues. But we can take common-sense, measurable steps—like criminal background checks on all gun sales—that will save lives.

After the Parkland tragedy, support for stronger gun laws reached 68%—the highest level in 25 years. And support is being sustained by the powerful movement led by youth from Parkland, Chicago, Oakland, Baltimore, and other cities across the nation.

As a company, we have never been afraid to take an unpopular stand to support a greater good. We integrated our factories in the American South years before the Civil Rights Act was passed. We offered benefits to same-sex partners in the 1990s, long before most companies did. We pulled our financial support for the Boy Scouts of America when it banned gay troop leaders.

While each one of these stands may have been controversial at the time, history proved the company right in the long run. And I’m convinced that while some will disagree with our stand to end gun violence, history will prove this position right too.

Our country has faced seemingly intractable issues like this before, but together we’ve overcome them. We can do it again. Together we can put an end to the gun violence epidemic in America.

Chip Bergh is the president and CEO of Levi Strauss & Co. and serves on the company’s board of directors.