Source of Hot Air Is Not Crypto Enthusiasts 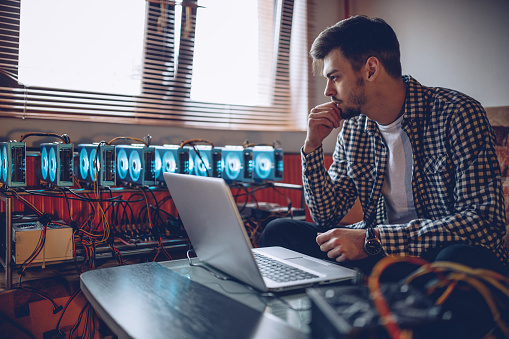 No matter if the power grid is seen as half-full or half-empty, the recent revelations behind the blockchain-based monies force the public to reckon with a startling truth. The hot air previously attributed to crypto enthusiasts has actually been coming from the data centers housing bitcoin-mining computers.

“This whole time, I figured the whoosh of hot air was emanating from my nephew, Bryce, who has not stopped talking about Bitcoin since last year,” said Paul Wheeler, a bank teller in Sacramento, California. “Now that I know the heat is coming from a nearby datacenter furiously running calculations to generate profit, I feel bad for locking him out of my house.”

To the chagrin of employed fiat-currency fans, many companies are now lifting the “no blockchain talk” bans made in office common area, as it was believed to be increasing the cost of cooling the building. “I will not be sil-” started one crypto enthusiast, before he was asked to returned to work.

Some crypto apologists refuse to concede there is a problem.

“The haters will continue to cherry-pick data points like this report, to prop up straw men arguments such as this one,” said Alec Praunch, Editor-in-Chief of DailyBlockchain.com. “But let me ask you a question. When was the last time people cared about the number of transatlantic flights of energy?”

Praunch appeared to reference the Digiconomist report, which states the current energy use of bitcoin rivals that of 1 million transatlantic flights.

In 2017, Praunch opted to take a heavy tax penalty to withdraw from his 401k. Combined with his savings, he put $56,000 into Bitcoin. He now hopes to retire before his 80th birthday.