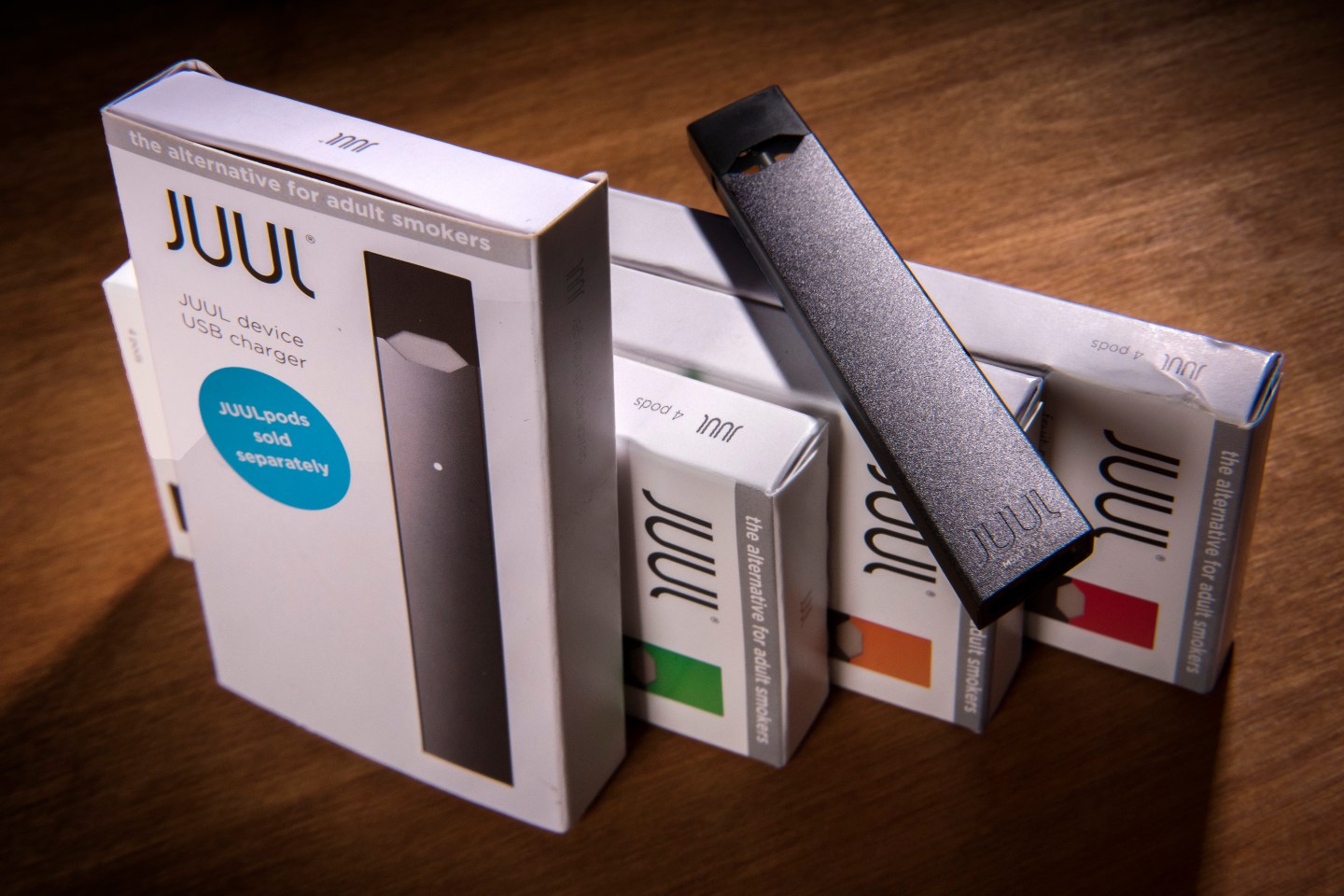 As kids and teens head back to school, teachers and public officials are worried about the continued trend of teens using flavored e-cigarettes like Juuls, a brand some investors say could soon be worth more than $16 billion.

At the end of 2017, Juul Labs controlled nearly a third of the e-cigarette market and was fundraising $150 million for further expansion. In a 52-week period ending July 14, 2018, Juul drew in more than $1 billion retail sales, according to a USA Today.

More than other e-cigarette brands, Juuls, made by San Francisco-based Juul Labs, contain a higher concentration of nicotine. A Juul pen contains about 200 puffs, about the equivalent of one pack of traditional tobacco cigarettes. They are also odorless and look like fairly harmless USB sticks, which makes them harder for teachers to spot.

Juul said in a statement to Mashable that its product “is intended for current adult smokers only. We cannot be more emphatic on this point: no minor or non-nicotine user should ever try JUUL,” after anti-smoking non-profit Truth Initiative raised concerns about use of the e-cigs among teens. But “juuling” is still popular in schools, with one school administrator recently telling USA Today that campus bathrooms are like “little tent cities.”

Juul Labs has been criticized by U.S. senators for appealing to kids and teens despite federal and state laws prohibiting the sale of tobacco products to minors. Chief among their concerns: smokers of e-cigarettes like Juuls were found to have same cancer-causing chemicals present in their bodies as smokers of traditional cigarettes, no matter the nicotine content.

In a strongly worded letter earlier this year, senators asked the Food and Drug Administration (FDA) to help procure answers as to whether Juul, a popular brand among teens, will discontinue selling flavored products, like cucumber and watermelon, that appeal to young people. In response, the FDA promised to crack down on e-cig sales to minors.

At the time, JUUL Labs responded with a statement to Gizmodo, saying the company “agrees with the FDA that illegal sales of our product to minors are unacceptable. We already have in place programs to prevent and, if necessary, identify and act upon these violations at retail and online marketplaces.”