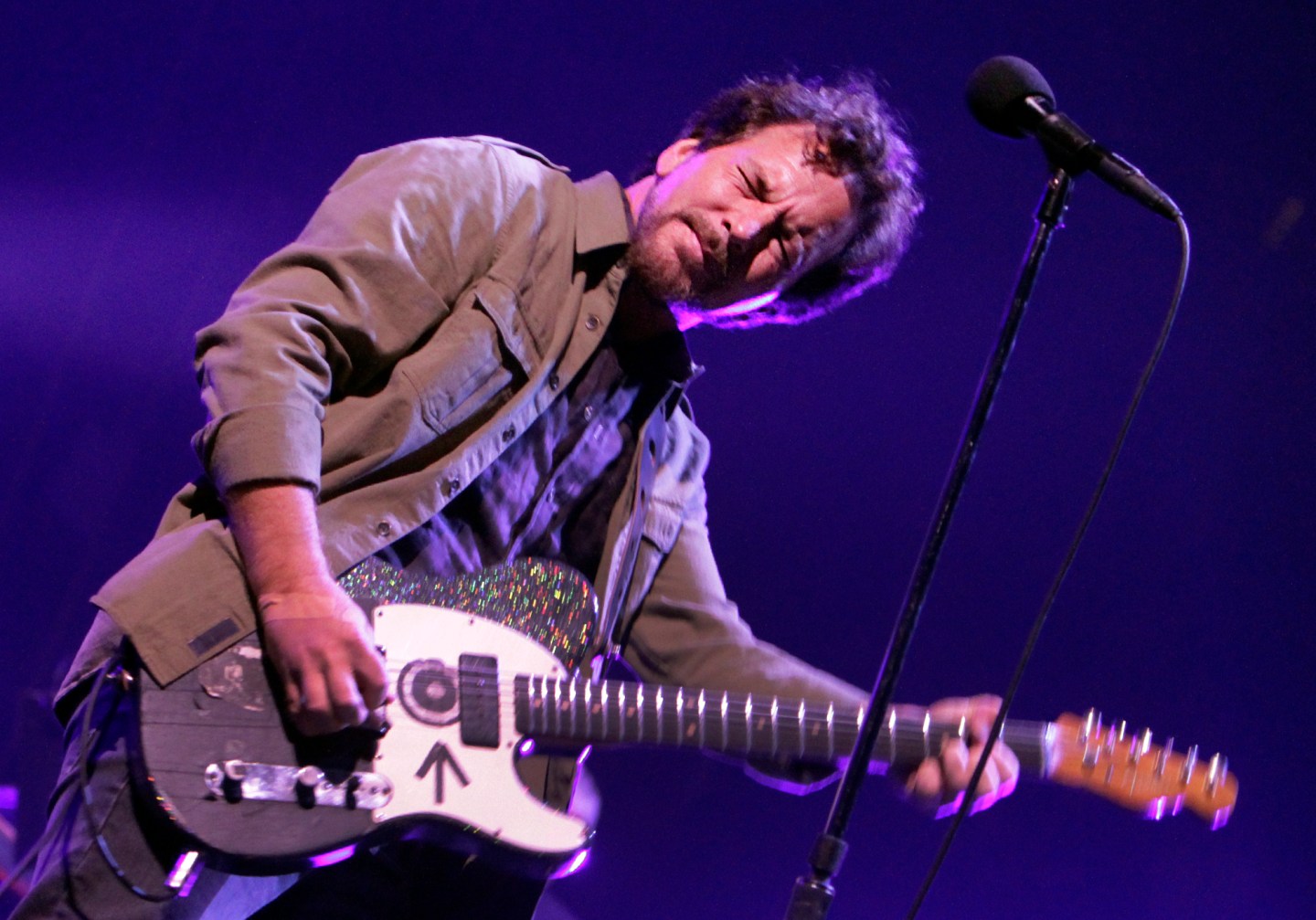 Pearl Jam’s ‘Home Shows,’ the bands first concerts in Seattle in five years, sold out almost instantly—but that’s not news. What is news is nearly $12 million raised and donated so far by the band and dozens of partner businesses, organizations, and individuals to combat homelessness in Seattle and its surrounding King County.

The Seattle metro area has among the worst per-capita rate and by absolute numbers in the U.S. of people without permanent shelter, with over 12,000 counted earlier this year, half on the streets. The number of homeless has increased dramatically as housing costs in Seattle have escalated faster than anywhere else in the country.

The first of the two “Home Shows” is August 8 at 7:30p.m., and over 80 Seattle restaurants will donate at least 10 percent of their sales on Wednesday, with some donating a greater percentage or over a longer period.

About 90,000 people will attend the two shows, August 8 and August 10, and ticket prices started at $112 before fees. A few tickets remain at face-value price. Ticket resale sites, like Ticketmaster and StubHub, have few to none available. StubHub’s site notes that because the event is for charity, it isn’t offering tickets for resale at all.

Pearl Jam initially agreed to match up to just under $1,000,000, which was quickly met by partners and donors, and the funds raised currently totals an estimated $12 million. The final number could be larger.

The funds raised will go to a mix of homeless shelters, charities and purposes, with some donors earmarking funds. Pearl Jam put together an advisory board to help direct the remaining uncommitted dollars to have the highest impact and to fill funding gaps, according to the Seattle Times.

The band’s philanthropic effort is noteworthy as two of the richest people in the world, Bill Gates, Jr. and Jeff Bezos, live near Seattle in a different county. Jeff Bezos’ net worth recently topped $150 billion, but the state has no personal income or capital gains tax. Meanwhile, Amazon was instrumental in killing an employee head tax for high-revenue Seattle businesses that would have earmarked about $47 million a year towards services, shelters, and housing for the homeless.

Pearl Jam has long been a favorite among bands that got their start in Seattle in 1990, partly by pushing back against industry demands for exposure and marketing, eventually founding their own record label. The band remains committed to the city, and joined in an old and slightly corny tradition this morning, having the Pearl Jam flag raised at the Space Needle, an artifact from the 1962 World’s Fair that symbolizes the city.