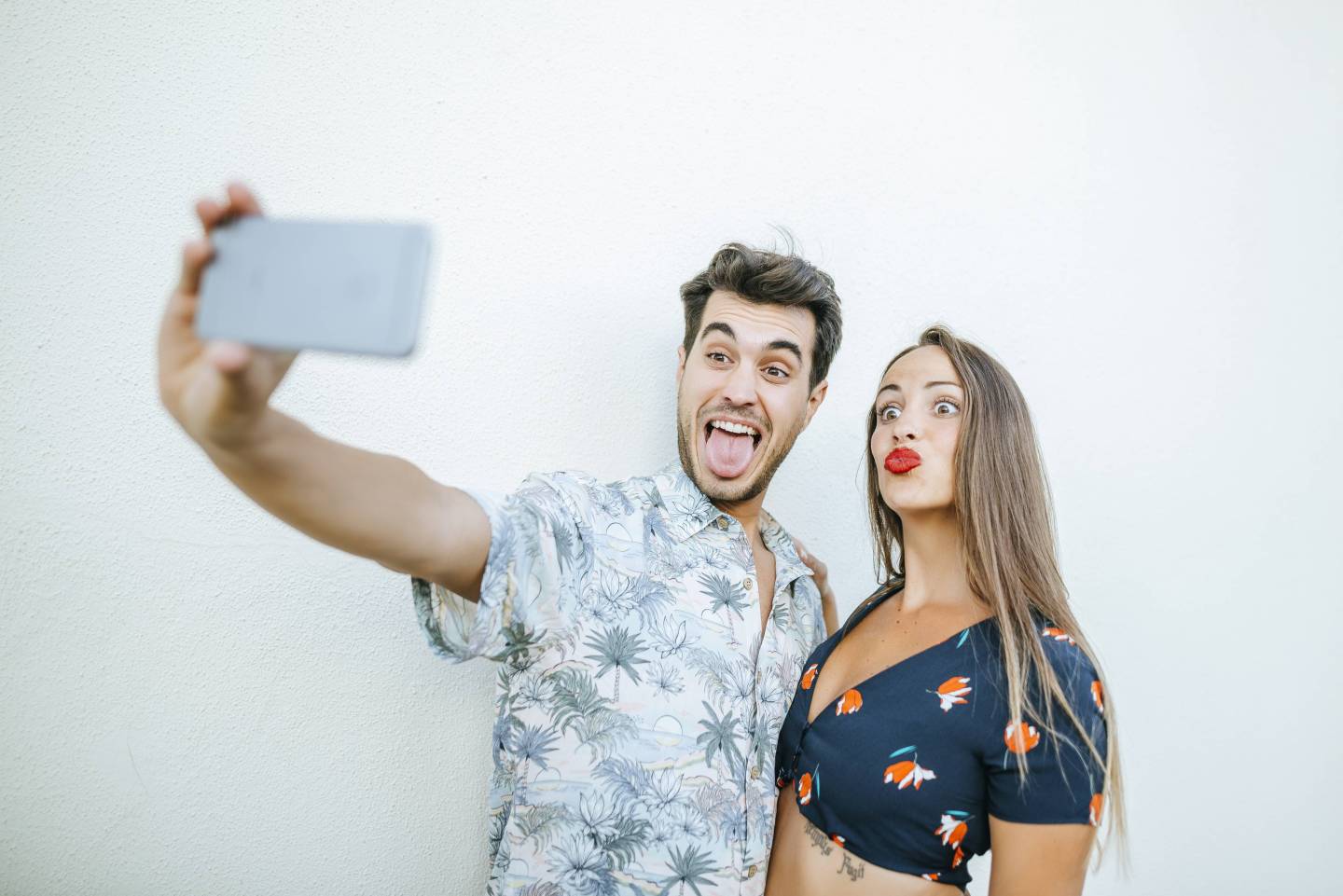 Spain, Andalusia, cadiz, Jerez, Couple with funny faces taking a selfie with a smart phone in front of a white wall.
Westend61—Getty Images

A trio of dermatologists at Boston University released Thursday a paper in the JAMA Facial Plastic Surgery Viewpoint titled, “Selfies – Living in the Era of Filtered Photographs.” The paper outlined a new twist on the condition known as body dysmorphic disorder (BDD) in which people have an excessive preoccupation with a perceived flaw in how it appears to others.

“A new phenomenon, dubbed ‘Snapchat dysmorphia,’ has patients seeking out cosmetic surgery to look like filtered versions of themselves instead, with fuller lips, bigger eyes, or a thinner nose,” the paper read. “This is an alarming trend because those filtered selfies often present an unattainable look and are blurring the line of reality and fantasy for these patients.”

Although the dysmorphia is named after Snapchat, the condition can also be inspired by the peer-pressure photo platform of Instagram as well as the facial-flaw editing apps like Facetune. Psychologists have worried about the role that Facetune can play, beyond removing blemishes or wrinkles, in creating unrealistic expectations in one’s appearance.

“It can be argued that these apps are making us lose touch with reality because we expect to look perfectly primped and filtered in real life as well,” the paper said. “Filtered selfies especially can have harmful effects on adolescents or those with BDD because these groups may more severely internalize this beauty standard.”

The American Society of Plastic Surgeons estimated that Americans spent $16 billion on cosmetic surgical fees in 2016.