Daimler AG Is Splitting Itself Into 3 Separate Units 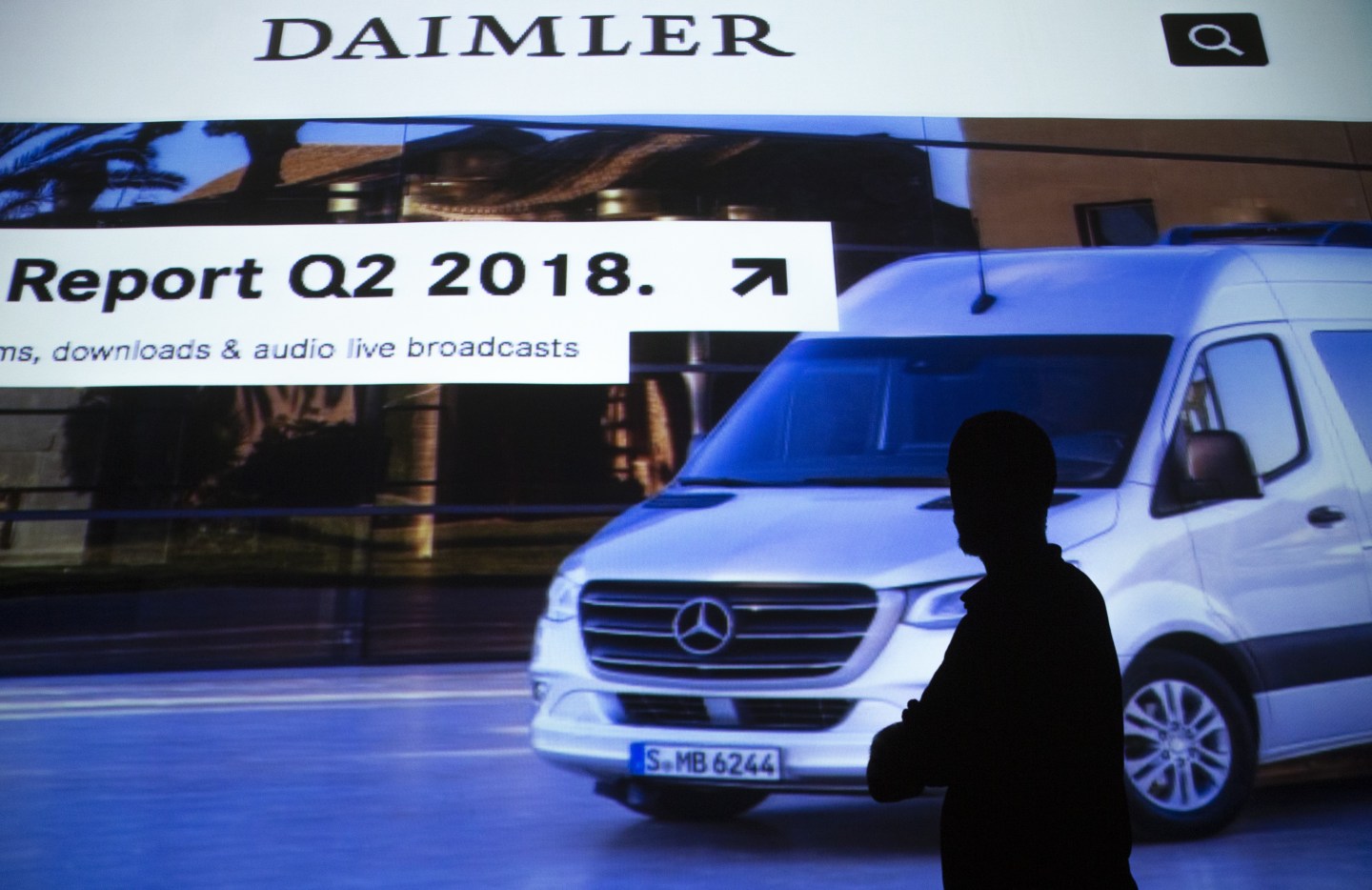 Daimler AG will carve itself into three separate units in its biggest overhaul in a decade as the Mercedes-Benz car and truck maker seeks to adapt to the unprecedented shift to self-driving and electric vehicles.

The need for change was evident in the German manufacturer’s second-quarter figures that showed another slump in earnings following on from the first three months of the year. Daimler warned that trade barriers, new European emissions tests and pricing pressure will weigh in the coming months.

Thursday’s supervisory board approval takes forward a plan, in the works since last year, to establish three largely independent units to allow cars, trucks and mobility services to react faster to changing customer demands and fend off new rivals like Uber Technologies Inc. The move needs approval from shareholders, set for May. It could pave the way for spinoffs or other deals, such as a separate partial listing of its trucks unit. The company on Thursday reiterated that it has no plans for divestments.

“The new structure positions Daimler to tackle the rapid pace of change in the mobility sector and the corresponding strategic challenges,” Chairman Manfred Bischoff said in a statement.

Daimler highlighted a disparate set of pressures on the company. These included higher spending on technology, a fire at a supplier interrupting production at its U.S. plant and consumers in China asking for price cuts even before a reduction in import duties.

As a result, the manufacturer warned that lower second-quarter earnings at Mercedes-Benz passenger cars would extend into the current period. Fiat Chrysler on Wednesday said Chinese customers had held off from buying its luxury Maserati models ahead of lower duties. Leaving last month’s reduced annual forecast of slightly lower group earnings intact, Daimler said challenges for the Mercedes division will ease toward the end of the year.

In an unexpected boost for Daimler and other European carmakers, President Donald Trump and European Commission President Jean-Claude Juncker on Wednesday agreed to suspend new tariffs while negotiating lower barriers to transatlantic commerce. Signs of the two major trading partners backing away from a trade war helped lift Daimler as much as 3.2 percent, trailing gains at BMW AG and Fiat Chrysler Automobiles NV.

Daimler ships more than half of its Mercedes and Smart city cars it sells in the U.S. from the EU. Trump had threatened to slap import tariffs of 20 percent on vehicle imports, up from 2.5 percent. The manufacturer last month became the first prominent company to cut its profit outlook, blamed in part on escalating U.S.-China trade tensions that have raised import duties into China on vehicles like Mercedes’s U.S.-made GLE SUV.

Daimler is exploring options for possible production shifts to manage higher import duties, Chief Executive Officer Dieter Zetsche said on a call. This could include assembly of cars from knock-down kits in China, he said, though no decision has been made.

Daimler, also the world’s biggest commercial vehicles maker, remains under scrutiny over its practices on diesel emission for passenger cars in Europe. Germany’s government ordered the carmaker to recall 774,000 vehicles in Europe over the alleged use of illegal defeat devices to circumvent emissions regulation. While the fix will avoid fines, and Daimler has rejected claims of deliberate cheating, it faces a number of lawsuits as U.S. authorities continue to probe its emissions setups.