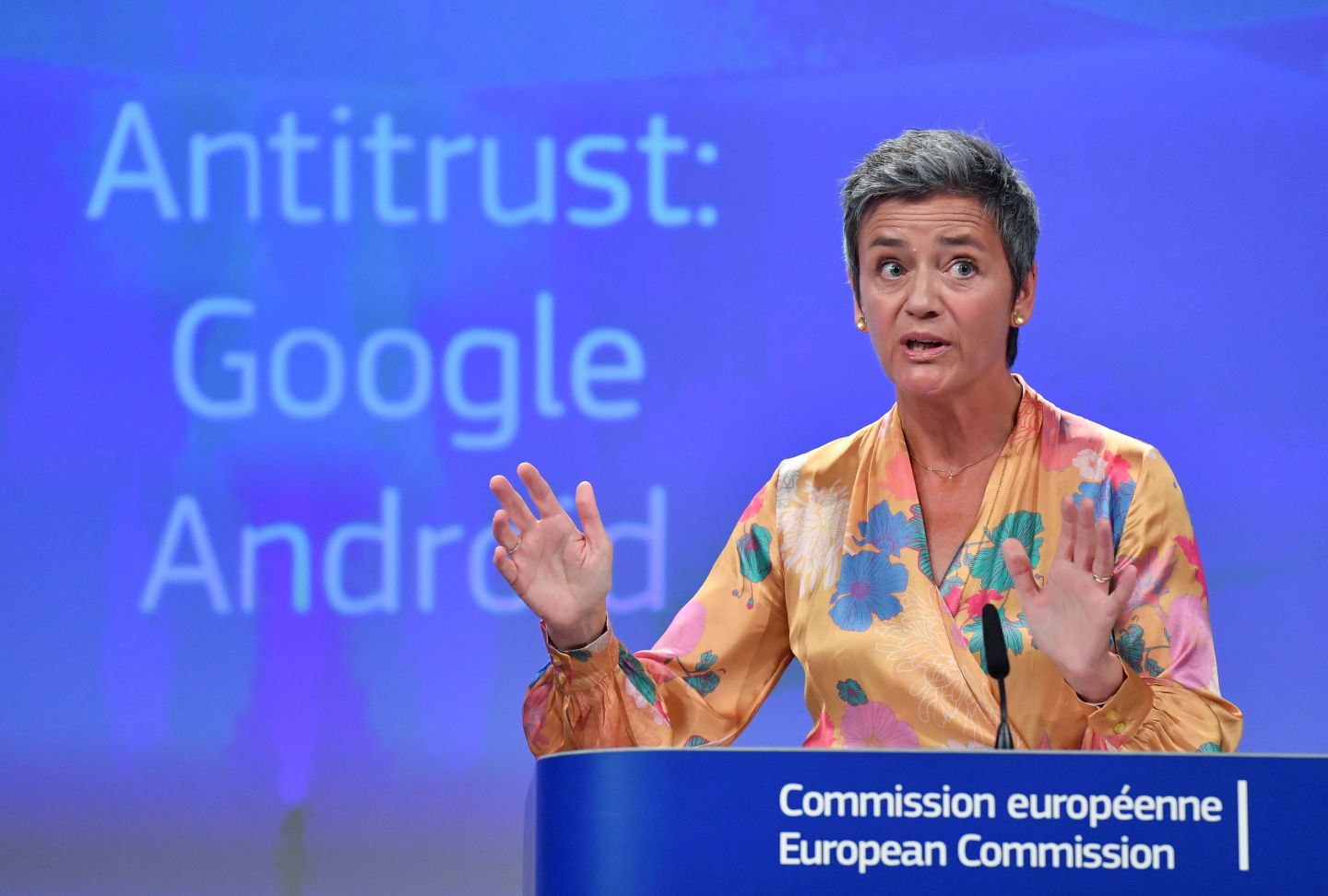 True, Alphabet recorded a multi-billion-dollar hit associated with a fine ordered by the European Union that Alphabet will appeal. Yes, U.S. regulators and legislators will hound Google on data-privacy issues—right after they are done harassing the more obviously guilty Facebook.

And yet, for now, none of it seems to matter. Alphabet, which the Wall Street Journal says accounts for 31% of the global advertising market, turned in another stellar quarter. Revenue raced up like a late-stage startup, and costs were under control. Notably, the fees Google pays to ensure that consumers use its search engine remained in check. The stock soared after hours, putting Alphabet’s market value in spitting distance of $900 billion. (Reminder: I am a Google spouse.)

With similarly good news expected later in the week from Facebook, the juxtaposition puzzles the casual observer: If the ad-tech giants are under fire and under scrutiny, why are their businesses on fire—in a good way? It calls to mind the years that Microsoft spent fighting governments in the U.S. and Europe, trying to avoid a breakup. Microsoft kept minting money but gradually lost its way. Was it because of the headline pressure or because it failed to see the next technological wave?

For now, Google and its slightly younger neighbor have great products that its customers—and users, a big difference—continue to love. Advertisers get results from Google and Facebook. And users, at least the kind who don’t obsess over the damage Facebook has done to democracy and the media and the perverse market power of Google, love their fine products.

And so their businesses surge with no end in sight and no matter what Washington or Brussels say. For now.

Staying informed. Former Uber engineer and whistleblower Susan Fowler Rigetti was hired by the New York Times as the paper's technology opinion editor. Based in San Francisco, Rigetti will both write and commission op-ed pieces on tech topics.

Staying entertained. After deciding not to create its own Internet TV service, Verizon is in talks with Google and Apple to provide such programming over its new 5G wireless network in Los Angeles and Sacramento later this year, Bloomberg reports. Google already offers YouTube TV but Apple has no such offering, though one has been rumored to be in the works for years. In its second quarter earnings call on Tuesday, the carrier also said Houston would be an early 5G market.

Thumb on the scale. The Chinese city of Nanjing announced a $1.4 billion fund to invest in blockchain businesses. Hangzhou's government had launched a similar $1.6 billion fund in April.

Flat tire. In case you missed it, Chinese bike sharing service Ofo is scrapping most of its U.S. expansion. After opening in 30 cities with more than 40,000 bikes, Ofo plans to retreat to just a handful of large cities, the Wall Street Journal reported last week.

Join us. Fortune is planning to release its Future 50 companies list in October at the third annual summit of Worldz—an organization that aims to unite tomorrow’s leaders with today’s CEOs, CMOs, and cultural superstars. The event, from October 17 to 18 at the Port of Los Angeles, will feature Complex CEO Rich Antoniello, Ducati North America CEO Jason Chinnock, Samsung chief creative officer Jesse Coulter, and Calvin Klein CMO Marie Gulin-Merle, among others.

Does the Internet strengthen free speech or enhance the power of tyrants to crush dissent? Maybe some of both. Now the struggle is playing out in Vietnam, which has passed a law requiring tech platforms like Google and Facebook to store user data locally and censor any post the government deems improper. David Hutt digs into the situation for the Asia Times. Some human rights activists already have switched to an open-source Facebook alternative called Minds.

Facebook is by far Vietnam’s most popular social media platform, with roughly 53 million users out of a population of 96 million. Vietnam has been one of Facebook’s fastest growing markets worldwide in recent years. But even if the number of Vietnamese users of Minds, for instance, continues to rise, it may take months if not years until it has a fraction of the number of users that Facebook currently boasts. That means a much smaller, fragmented audience for sharing information critical of the Communist Party regime.

One human rights activist who requested anonymity said this is a dilemma for the growing movement that is agitating for multi-party democracy and promotion of human rights. Do they endanger their own safety for the sake of reaching a larger audience, the activist asks, or cut back from raising awareness of issues for security reasons? Some have attempted to mitigate the risk through a division of labor. The more secure platforms like Signal or Minds are used when it comes to more risky information, while Facebook is still used for sharing blog posts and news articles.

Is Elon Musk Too Volatile to Run Tesla and SpaceX? By Leon Vanstone

Is there a more wonderful, awe inspiring, democracy enhancing invention than the public library? I doubt it. The Guardian has an excellent run down of the outpouring of pro-library sentiment that followed a wacky opinion piece in Forbes calling for libraries to be replaced by Amazon book stores. I particularly loved this tweet by a Google engineer:

Abraham Lincoln educated himself at a library. So did Malcolm X. Scientists, historians, researchers of all types depend on libraries. Compared to the funding that libraries receive, the payoff they provide is huge. You can't know which kid will go on to change the world. /end