Why We Need More Startups to Join the Driverless Car Race 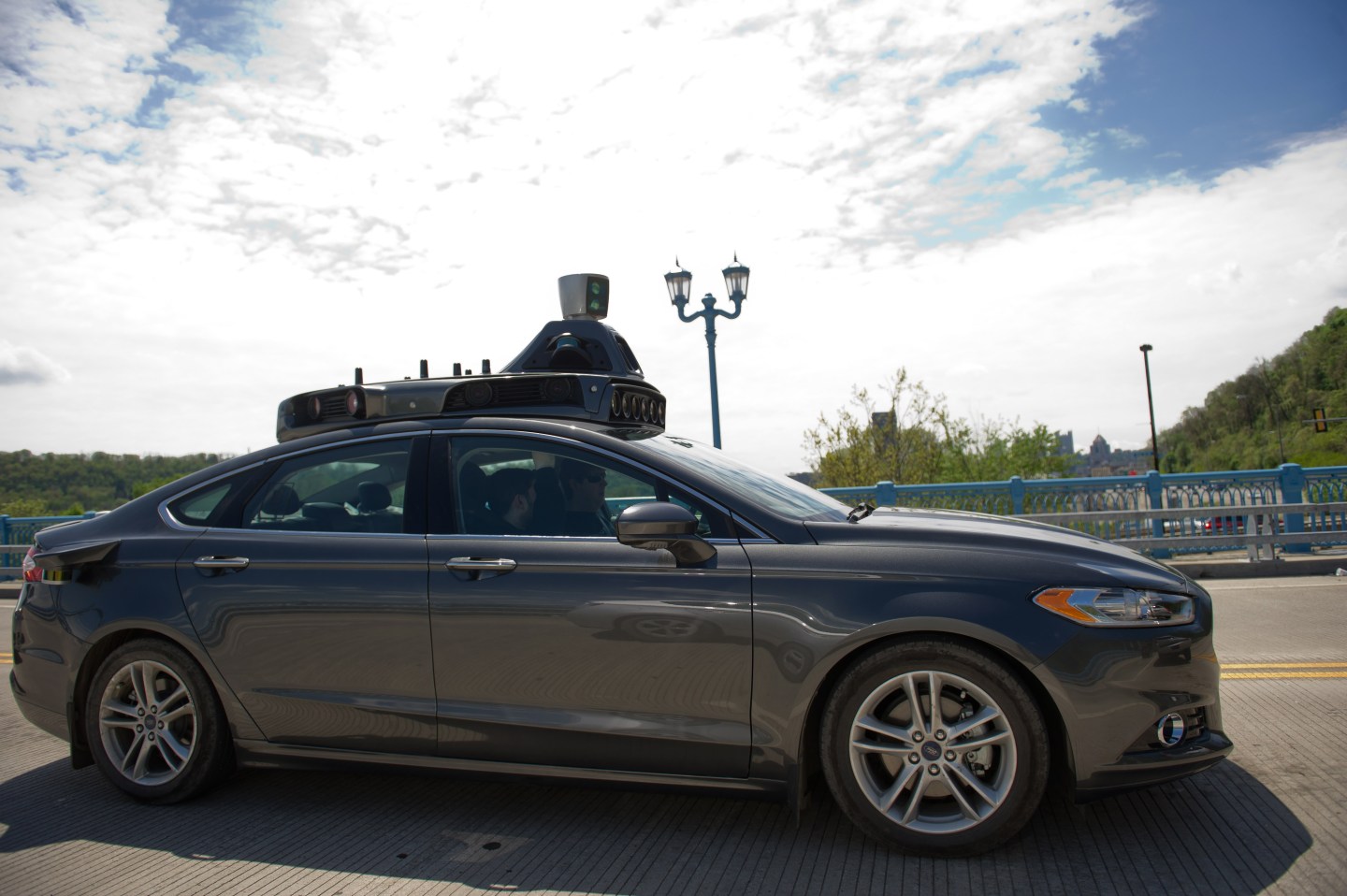 PITTSBURGH, PA- May 1: An Uber automated-vehicle taking a test-drive on the 31st Street Bridge. The company has moved engineers and leased land throughout the Pittsburgh region in efforts to transform transportation for the world.(Jeff Swensen for The Washington Post via Getty Images)
The Washington Post/Getty Images

The death of Elaine Herzberg, the woman hit by a self-driving Uber car in Tempe, Ariz in March, was an awful tragedy. Uber and other major players such as Toyota (TM) and AI-chip maker Nvidia (NVDA), were right to suspend tests of self-driving vehicles on public roads until a full investigation of the accident was completed. But Herzberg’s death was not a reason for the autonomous driving community to go into a bunker, but exactly the opposite. The mammoth challenge of making autonomous travel safe requires thousands of points of decentralized innovation by lots of companies instead of a few points of centralized innovation by big auto/tech companies.

In particular, we need more developers to get busy addressing the innumerable corners of a market that’s expected to reach $800 billion by 2035. Technology history shows us that many groundbreaking technologies — the PC, the browser, the smartphone — don’t really change the world until developers figure out ways to make them useful in the real world. Not only do developers dream up applications of that technology — say, Oracle’s database, Amazon’s online store, or the millions of iOS apps — but they increase utilization of the technology by getting it into more peoples’ hands. All major technological disruptions have spawned periods of exuberant invention. The more companies scrap to win even the most localized or specialized use cases — say, self-driving pizza delivery carts for college campuses — the more actual people will try actual services, and the faster those services will improve and those use cases will develop.

Yet somehow the prevailing mood about autonomous transportation is that this technology is not mature enough to support a vibrant ecosystem of financially successful developers. We seem to be stuck in a kind of holding pattern with well-funded giants dominating the headlines. However, my own belief is that no amount of in-house vertical development by Google (GOOG) or automakers in Detroit will create this industry for us. Rather, you’ll probably get a ride home from the office from some local self-driving taxi service, or have the groceries delivered by whatever delivery bot service has the contract with your local grocer. If a centralized model was the answer, why haven’t Google, Uber, and others expanded beyond a handful of cities?

Now is in fact a great time for developers to step on the gas pedal. Incredible progress has been made in building the technological infrastructure on which a vibrant developer ecosystem can bloom. Again, consider history. The PC was a curiosity until Microsoft (MSFT) and Intel (INTC) delivered their operating software and microprocessors to market — and more importantly, created the platforms that allowed everyone from Compaq and Dell to Lotus 1–2–3 and Quicken to easily build on their “Wintel” standard. The Internet boom couldn’t have happened without faster modems, fiber-optic networks and the near ubiquity of the home PC. You get the point.

Well, much of the infrastructure that is essential to build a company around autonomous driving now exists, or will soon enough. Some examples:

None of the big car companies have chosen to focus on building an autonomous car platform that developers can tweak for their particular needs — but they aren’t stopping developers from doing it themselves. And companies such as AutonomouStuff are there to help. Like a prime contractor, the rapidly growing company cobbles together the right hardware and software to create a custom autonomous vehicle, whether it be a golf cart or an 18-wheeler cab.

Thanks to fierce competition for the past decade, companies like Velodyne LiDAR have driven the price of high-quality laser sensors that perceive the world in 3D from $75,000 to less than $4,000. Now, they’re working on smaller, much cheaper, solid-state versions of the spinning, laser-packed gizmos that sit atop today’s autonomous vehicles. There have been similar advances in other sensors required to make autonomous cars safer than human drivers, such as cameras that can see at night and radars that can perceive the world in far greater detail.

A handful of mapping companies are rapidly developing the detailed, 3D maps that autonomous vehicles need in order to know what’s around them—from buildings and highway exits to painted crosswalks and temporary construction barriers.

It’s not enough for autonomous cars to have a 3D map of the world, and sensors to keep them safely within their lane and a safe distance from the car in front. They also need to have the smarts to deal with the endless array of unique edge cases that occur on any trip — say, what to do when there’s a pedestrian on the crosswalk but a bicyclist near the curb. While machine learning can be used to train computers to make split-second decisions, we can’t have them learning at the expense of human lives. Fortunately, a number of companies like RightHook have developed a broad range of simulation systems, where virtual autonomous cars can learn far faster than would be possible in the real world.

Some bold entrepreneurs are already making use of this available infrastructure to get started, creating new use cases that will no doubt have the snowball effect of enticing more new entrants. Of course, we still need the Googles, Teslas, Ubers, and GMs to continue honing their technologies to ensure the level of perfection this application requires. When lives can be lost in the space of a few milliseconds, there’s no room for crashing operating systems, buggy applications, or spotty network connectivity. But this is also true: The longer technology entrepreneurs wait to enter the autonomous transportation business, the longer it will take for this transformative technology to be woven into the fabric of modern life.