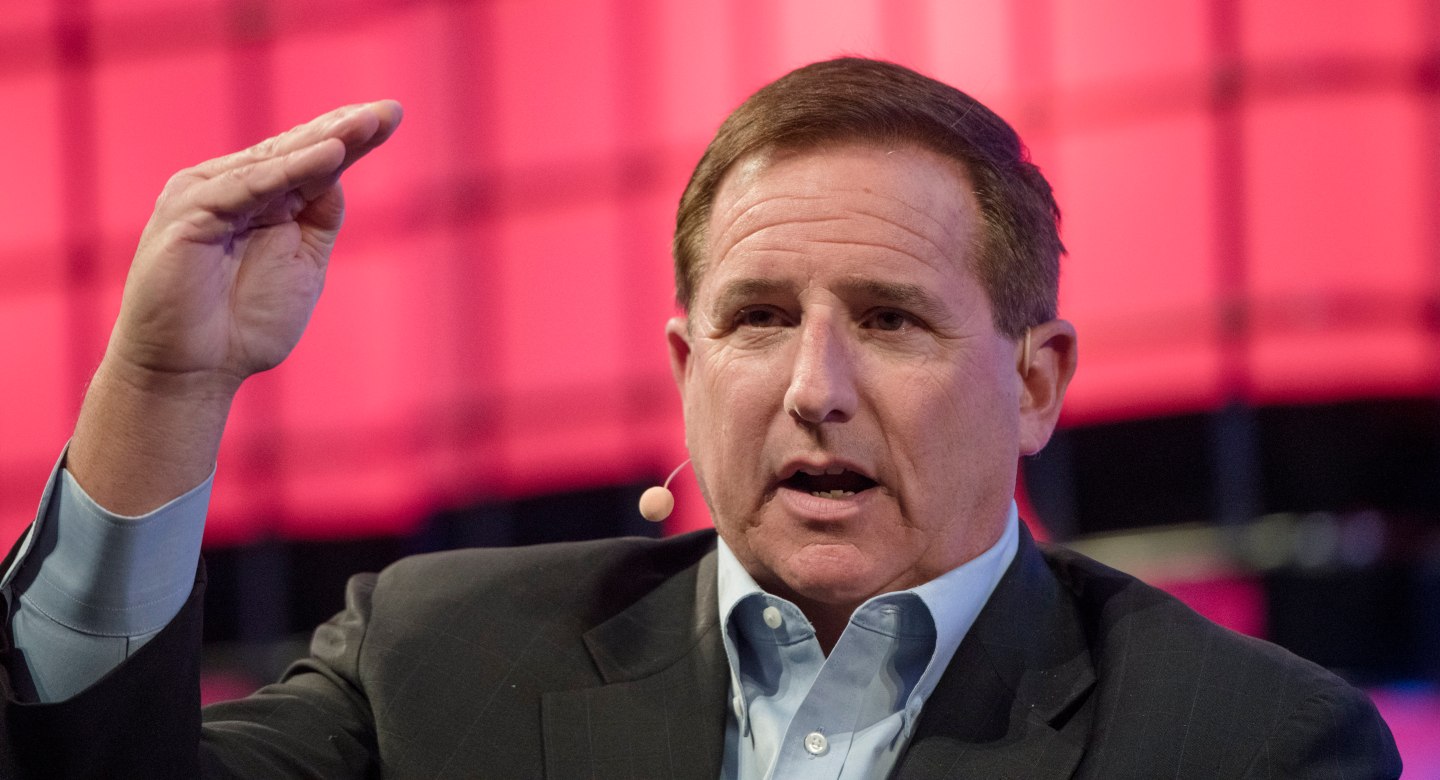 LISBON, PORTUGAL - NOVEMBER 07: Mark Hurd CEO, Oracle, delivers remarks on "Change is coming: Mark Hurd in conversation" during the second day of Web Summit in Altice Arena on November 07, 2017 in Lisbon, Portugal. Web Summit (originally Dublin Web Summit) is a technology conference held annually since 2009. The company was founded by Paddy Cosgrave, David Kelly and Daire Hickey. The topic of the conference is centered on internet technology and attendees range from Fortune 500 companies to smaller tech companies. This contains a mix of CEOs and founders of tech start ups together with a range of people from across the global technology industry, as well as related industries. This year's edition, starting on November 06, is the second to be held in Lisbon and will congregate almost 60,000 participants. (Photo by Horacio Villalobos - Corbis/Getty Images)
Horacio Villalobos—Corbis Corbis via Getty Images

Oracle’s blockchain platform is hitting the market on Monday.

The service provides software and server infrastructure for customers to set up and manage networks of distributed ledgers, the tech at the heart of cryptocurrencies. Companies can use these novel blockchain databases to help monitor supply chains, track global shipments, make cross-border payments, and more.

Oracle had been testing the new blockchain platform in pilot programs with early adopting customers in recent months. After seeing success in the trials, Oracle decided to bring the offering into full production.

“Anywhere there’s data transfer and information flow, blockchain has a potential application,” says Amit Zavery, executive vice president of Oracle’s cloud unit. “All that kind of stuff where we want to have trust and make sure things happen smoothly.”

Stefan Rehm, founder and CEO of Intelipost, a Brazilian logistics firm that graduated from Oracle’s startup accelerator program in February, said he believes blockchain tech can lead to major efficiency gains in his industry. “We’re figuring out if we can bring everyone together on a common backbone that would solve a lot of issues of data integrity and data security,” he said.

Rehm said enterprise blockchain tech becomes more valuable as more partners get onboard. “The most difficult part for us is figuring out ROI, or return on investment, for every single party to make them invest into production systems,” he said.

Oracle’s blockchain service arrives months after rivals such as IBM, Microsoft, SAP, and others have debuted similar services. Each of these tech giants is banking on blockchain as a way to embed themselves deeply into the complicated, commercial webs that drive businesses in all manner of industries.