Puerto Rico’s Bankrupt Utility Has No Leader After Pay Scandal 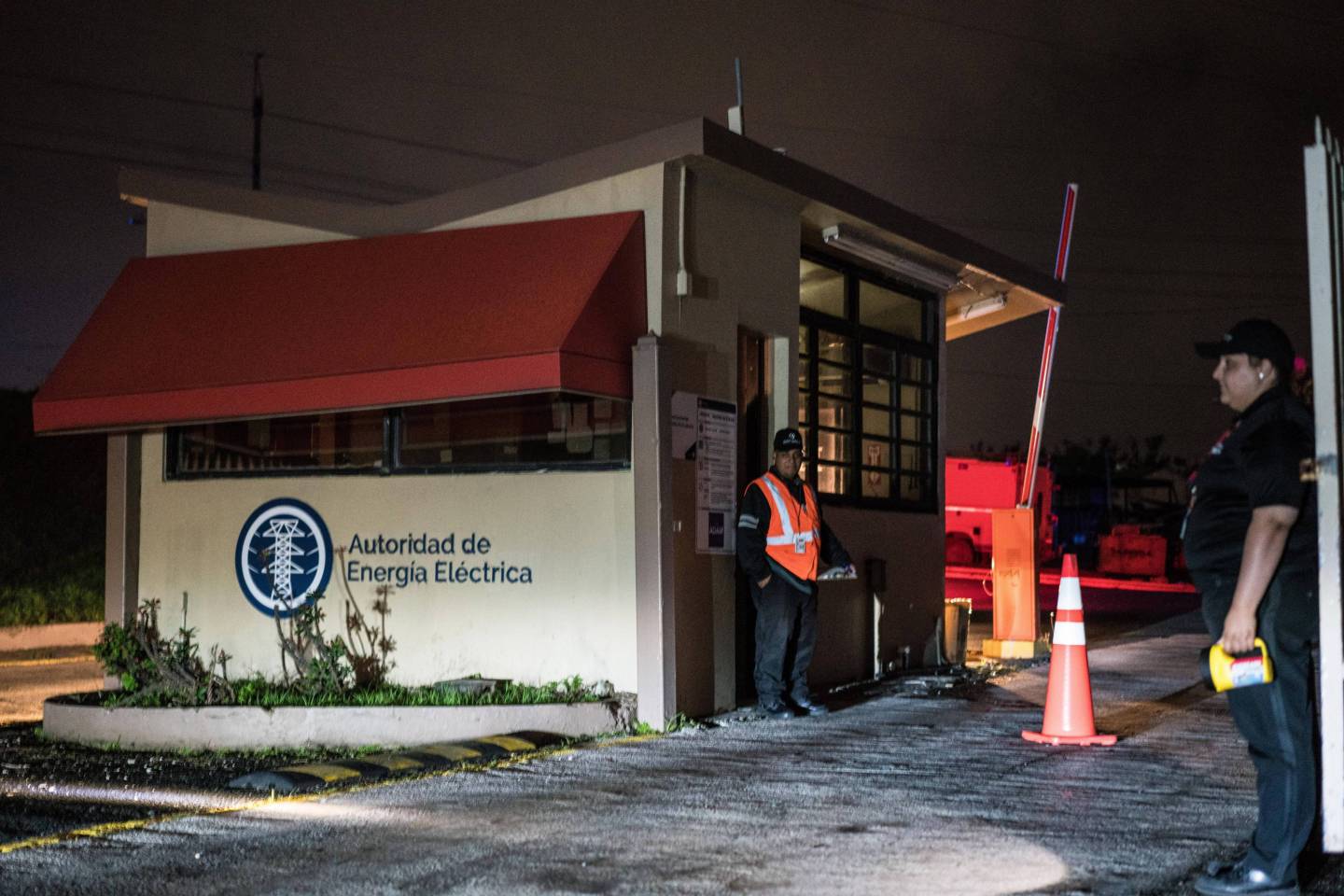 Most board members of Puerto Rico’s power utility resigned Thursday after a chorus of outrage over pay for its new chief executive officer, who then pulled out of the job. The tumult leaves the troubled agency leaderless at a critical time in its bankruptcy and sale of its assets.

In a letter to Governor Ricardo Rossello, five members of the panel said they were dismayed by “petty political interests.” Earlier, Rossello joined politicians and residents in decrying the $750,000 salary pledged to incoming chief executive Rafael Diaz-Granados, which they said was exorbitant in light of the island’s financial crisis and the possibility that public employees may soon face reduced benefits.

“We no longer believe that we have the support to perform the politically unpopular tasks necessary to drive the change from within PREPA,” the board members wrote in the resignation letter, which was confirmed by a person with direct knowledge of the matter. “When the petty political interests of politicians are put ahead of the needs of the people, the process of transforming the Puerto Rican electricity sector is put at risk.”

Diaz-Granados, himself a board member, quit that position and won’t take the chief executive job, according to the person, who asked not to be named because it wasn’t yet official.

Executive pay has turned into a sensitive topic for the U.S. commonwealth. As the entire island wades through bankruptcy proceedings, many regular Puerto Ricans, including low-level public employees, face the prospect of seeing pension payouts, Christmas bonuses and even sick and vacation days slashed. Also under scrutiny is the paycheck for the executive director of the island’s fiscal control board, which the U.S. Congress installed to right the island’s fiscal accounts.

Diaz-Granados was named CEO on Wednesday, just hours after the surprise resignation of Walter Higgins. Higgins quit after the legislature had sought to prevent him from receiving a bonus on top of his $450,000 salary. Diaz-Granados’s higher base salary, which the utility said was in line with industry standards, appeared intended to circumvent the legislature’s anti-bonus measure.

In a press release Wednesday, the utility said Diaz-Granados’s pay was in line with industry standards, citing an American Public Power Association formula based on utilities’ revenue.

Diaz-Granados defended his salary in local radio interviews Thursday. He said he was “sacrificing” to take the job, and said his previous position at General Electric Co. paid more than $2 million a year.

Indeed, Constance Lau, the CEO of Hawaiian Electric Industries, a utility that had comparable annual revenue, made $893,533 in base salary in 2017. CEO Patricia Kampling of Alliant Energy Corp., which also posted similar sales, earned $980,000. But those utilities are investor-owned, and the similarities with Prepa’s financial situation essentially end there.

By comparison, Gil Quiniones, CEO of the state-owned New York Power Authority, makes $235,000 in base annualized salary. And before Higgins and Diaz-Granados, top Prepa executive Ricardo Ramos had a salary of just $142,000.

Diaz-Granados, a multilingual Harvard University graduate who is originally from Colombia, spent 15 years at GE, including as president and chief executive officer of GE Spain and Portugal and GE Mexico. Higgins arrived on the island from Nevada in March without much Spanish, but brought 40 years of management experience.

Coraly Ortiz, a 43-year-old bank employee in San Juan, said she was furious about Diaz-Granados’s salary.

“It’s completely disproportionate and ridiculous, above all with the situation in Puerto Rico,” she said. “They’re creating an elite of overpaid government officials taking advantage of the crisis.”