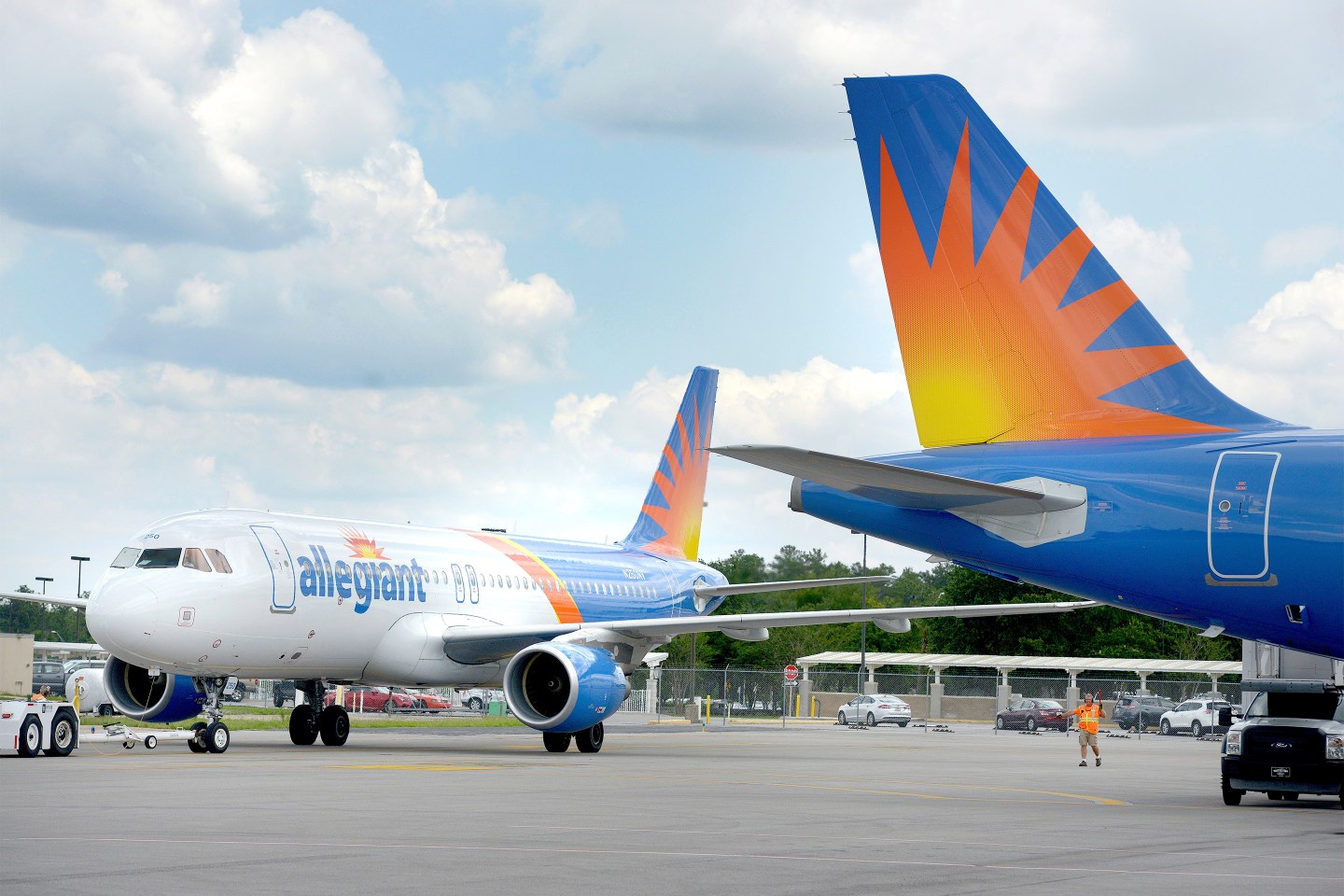 Pilots of the Las Vegas-based Allegiant Air are threatening to strike over what they claim is the airline dawdling to implement a new scheduling system. The airline and the pilot’s International Brotherhood of Teamsters union agreed upon a labor contract in July 2016; a new scheduling system was supposed to be in effect 180 days later, but nearly two years have passed with no change.

Allegiant schedules its pilots with an internal system based on the airline’s “must-fly” days. These days require all pilots at a certain base airport, regardless of their seniority, to fly. Thus they often don’t receive their preferred days off. Allegiant’s system differs from the seniority-based scheduling patterns of most other airlines.

“Pilots at Allegiant Air, one of the country’s most profitable airlines, voted with 93.5 percent support to authorize a strike should it become necessary,” said a statement from the pilots’ union. “The vote comes in response to Allegiant’s years-long refusal to live up to its commitments and fix a sham scheduling system that has negatively impacted the lives of many pilots and their families.”

Allegiant Air argues that the delay in updating the scheduling system is because their vendor, Crewing Solutions, has had to modify their software to meet the airline’s needs.

“Allegiant is paying for significant development work necessary to enable the system to solve schedules in compliance with the Federal Aviation Regulations and our collective bargaining agreement,” said an airline statement.

A three-month test of the new SmartPref scheduling system was completed in February, showing the software could successfully be implemented within Allegiant, says Captain Andrew Robles, an Allegiant Air pilot and Executive Council Chairman of the pilot’s union, as reported by Air Transport World.

“We are people with spouses and children, not cells on a spreadsheet that Allegiant executives can move around with no rhyme or reason,” said Robles, according to WFLA. “Striking is a last resort, but we’ll do whatever it takes to hold Allegiant to its promises and to make our airline the best it can be for our pilots, our families and our passengers.”