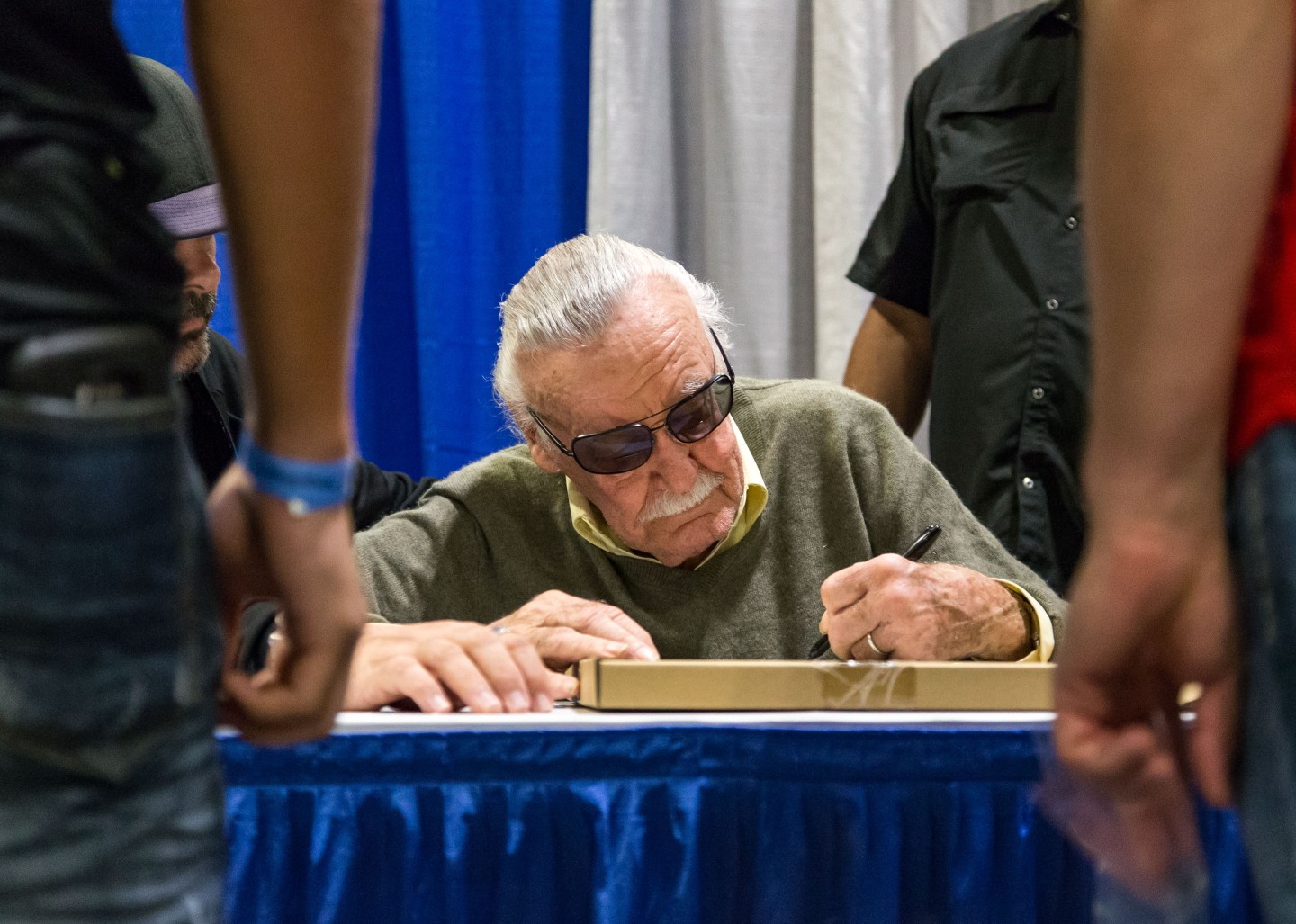 The $1 billion fraud lawsuit Stan Lee filed in May against POW! Entertainment has been withdrawn, according to published reports.

The Marvel Comics legend co-founded POW! in 2001 as a holding company of sorts for his library of intellectual property. But two months ago, he filed suit in Los Angeles Superior Court alleging the company and two of its executives conspired to steal his identity.

Now he says he’s “thrilled” to be moving on.

“The whole thing has been confusing to everyone, including myself and the fans, but I am now happy to be surrounded by those who want the best for me,” Lee said in a statement Monday to The Hollywood Reporter. “I am thrilled to put the lawsuit behind me, get back to business with my friends and colleagues at POW! and launch the next wave of amazing characters and stories!”

The complaint against POW! alleged CEO Shane Duffy and co-founder Gill Champion “conspired and agreed to broker a sham deal to sell POW! to a company in China and fraudulently steal Stan Lee’s identity, name, image, and likeness as part of a nefarious scheme to benefit financially at Lee’s expense.”

Duffy said in a statement Monday he’s glad the “ill-founded” legal saga is over.

“We are ecstatic that this ill-founded lawsuit has been dismissed and we look forward to working with Stan again to develop and produce the great projects that were put on hold when the lawsuit was filed,” Duffy said. “We recently got together with Stan to discuss our path forward.”

Lee, 95, alleged in his suit that Duffy and Champion failed to disclose the terms of the Camsing deal with him before it closed.

He also claimed the executives and his former business manager, Jerardo Olivarez, tricked him into signing a “fraudulent” intellectual property deal that gave POW! “the exclusive right to use Lee’s name, identity, image and likeness on a worldwide basis in perpetuity.”

Lee additionally claimed the executives took advantage of his fragile state while his late wife, Joan B. Lee, was on her deathbed. She died in July 2017.

Lee, who co-created some of the world’s most popular comic characters, including Spider-Man, Iron Man and Black Panther, is still suing Olivarez for allegedly stealing millions of dollars and trying to sell his blood as a collectible.